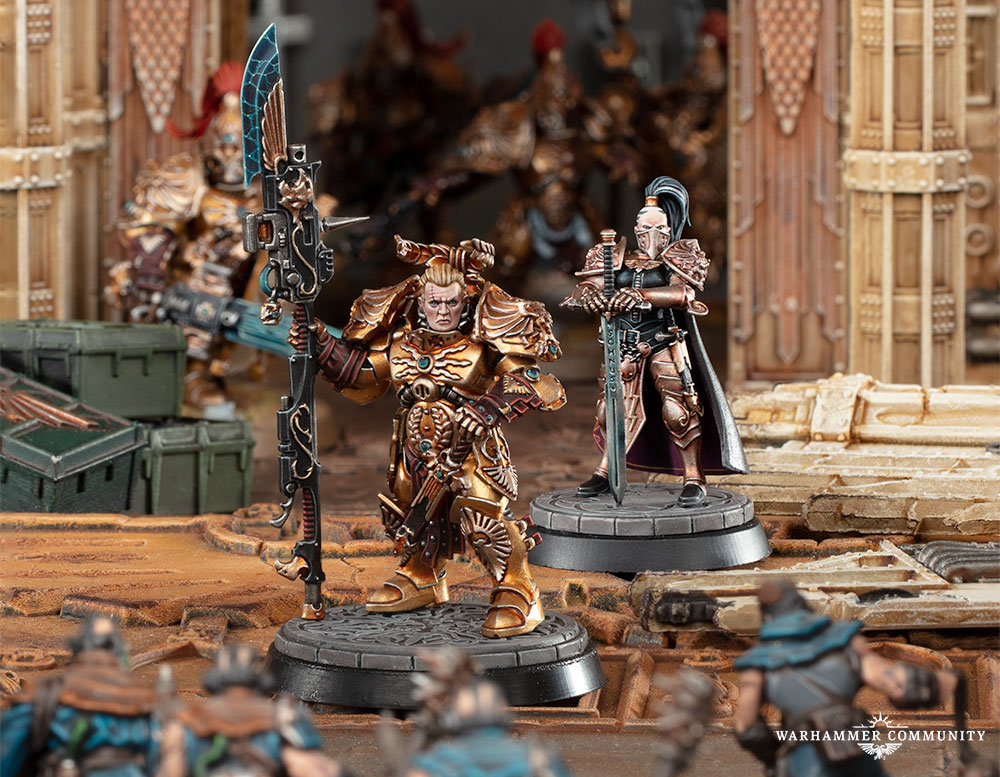 Hey everybody!
It feels like it’s been a while, doesn’t it? After celebrating my blog’s sixth birthday, it seems like other things have come into play, and I’ve not had a great deal of time for much else… well, let’s see, shall we?

To start with – check it out! I’m calling these chaps done for now – last weekend, there was a painting competition at my local Games Workshop (that is, a competition that was held via facebook, given the current climate). The brief was to paint an infantry unit at minimum squad size, and while there are perhaps a couple of details I could improve upon, I still like the fact that I’ve managed to get these done! The start of my Blood Angels – so let’s see what comes next, eh?

In the meantime, I’ve decided to resurrect this old project, and have been putting some details on to the chap in the middle there with the plasma gun. They’re real nice models, as you can see, and while the trim there is quite fiddly, it’s nevertheless really gratifying when these things start to come together like this! Of course, it’s going to make it difficult to keep going with the entire platoon, for sure, but it’ll be worth it!

This week, I’ve started to read The Emperor’s Legion, the first book in the Watchers of the Throne series by Chris Wraight. I’m only about a third of the way through it, but already it’s gotten me really hooked! I’ve felt a little let-down with some of the 40k novels that I’ve read lately, so it’s really nice to finally be enjoying one again! The book has three point-of-view characters, one of whom is a Silent Sister, and one a Custodian Guard. I’ve been considering building up the Custodians that came with the Battle of Prospero box back in the day, and I’ve also thought about getting on with the Sisters of Silence that have been built since 2016!

I've only managed to build this one mini from #BurningOfProspero – feels like a hobby fail!

Let’s move away from plastic now, and instead take a look at some paper products! Arkham Horror LCG is something that I want to keep playing, but haven’t really had a great deal of time for since baby Phoebe came along last year! I did manage to get through the entire Dunwich Legacy campaign before her birth, though, and it’s certainly whetted my appetite, and while I’d been buying all of the cycles without playing, the most recent cycle, the Dream Weavers, was the first one that I didn’t get. I was actually thinking about calling it a day with the Circle Undone, but now that we’re off to Innsmouth, I’m thinking I may need to invest in this one, as well!

The expansion feels like it’s a bit of a return to some aspects from the classic board game, with blessings and curses, and flooding locations!

As the Lord of the Rings LCG appears to draw to a close with the Vengeance of Mordor cycle, the fourth pack of which arrived last week, I think it’s time to get back into this game above all, and get playing more once again. I’m hoping that I can persuade Jemma to join me on this venture, as well – husband and wife against the shadow of Sauron, what could be better?

I’ll be sure to update you all with progress, at any rate!

Magic the Gathering is something that I’ve definitely moved away from in the last year or so. I think War of the Spark was the last set I bought cards from, and haven’t actually played the game for a long time! However, Ikoria has caught my eye because (a) it has massive creatures, and (b) we’re seeing a return of the Tarkir shards! There’s a massive creature in the Mardu colours (red, white and black – my favourite!) that is a “dinosaur cat nightmare” – I mean, what’s not to like?!

The Shards also get Ultimatums, there are new tri-lands with the land types so that you can tutor for them; the Tarkir dual lands are back, and we even get a new Narset planeswalker card! There are a lot of nice cards in this set, and a lot of them would fit nicely into decks that I remember playing and enjoying from back in the day. I need to fight the impulse to get some of these cards!! But they’re so nice…

Oh, Ikoria is testing my resolve not to buy more cardboard crack!

Finally, let me go off-topic now, and fill you in on what I’ve been doing in the couple of weeks since my last blog. I’ve started work on another blog – though don’t worry, I’ll still be sharing my ramblings with you all here! I’ve been learning French once again, after having gone sixteen years since I did my A levels, and thought it’d get me into doing a lot more with it, as I try to put everything that I’m learning into practice! So I’ve started a blog as I try to make sense of it all, which can be found here, if you’re interested in that kind of thing!

Hi everyone! I'm learning French – check out my blog at https://t.co/c2OMuS25wH to follow my progress #French #learningFrench #languages #blog pic.twitter.com/z1sQChhdL2