Hey everybody,
I’ve been reading the House of Blades, the codex-like book for House Escher in Necromunda, while on duty with the second born this last week or so, and I’m really quite impressed so thought I’d come here for a bit of a ramble about it all! I’ve not really had a chance to look at the proper nitty-gritty of the rules, so this blog is very much broad strokes, and first impressions. Hopefully I’ll have the chance to come back soon with more of the actual rules and my thoughts on them, though!

The House of books for Necromunda are really great. They started last year with the Goliath book, House of Chains, which was followed by the Escher tome soon after. I think the idea is to give updates to the gangs, now that all six House gangs have been released, and in a way follow the old Gang War books that came out back when the gangs were first coming out. Along with the books, GW also released a box of new recruits for the gang, and a new pack of tactics cards and new dice. 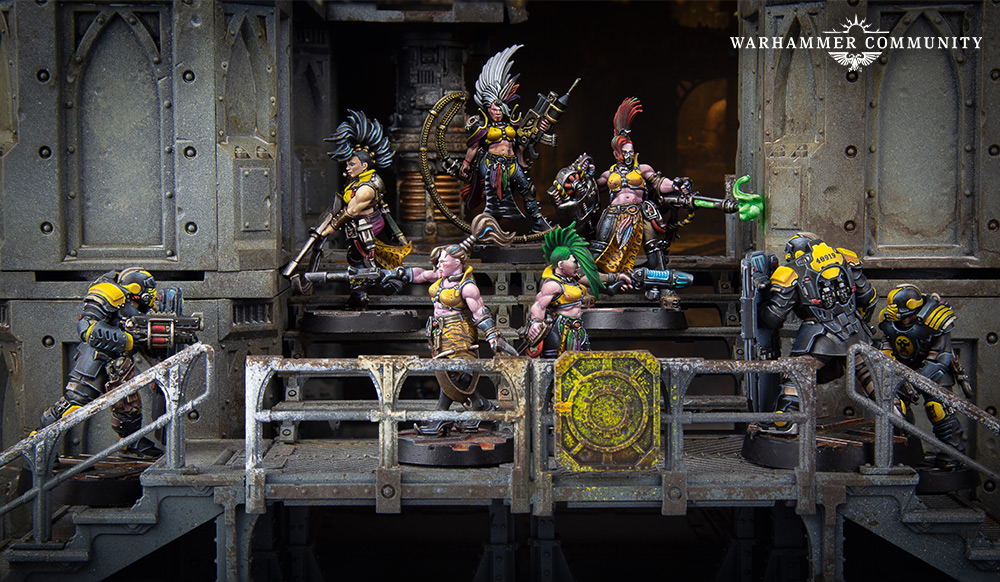 The books all have stuff in common, insofar as they all have new rules along the same lines, and some very gang-specific stuff that makes them feel very individual. There is now such an incredible depth of rules and gameplay here, it’s incredibly exciting. Especially for me, now that I’m finally playing the game!

The amount of lore in the books is also amazing. A full fifth of the book is devoted entirely to the lore of the gang, with much more sprinkled throughout as we get the new rules, it’s just great. 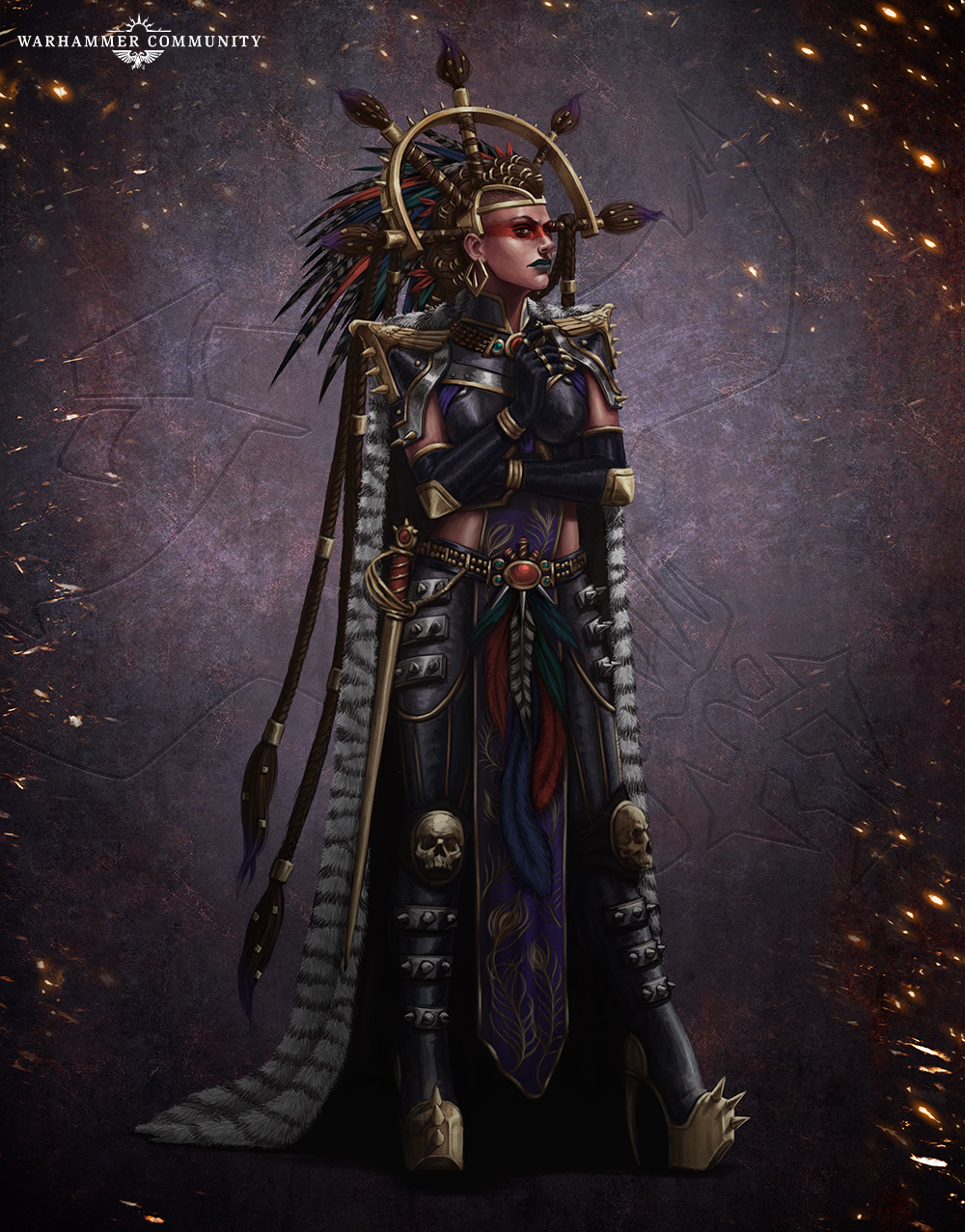 We also have an enhanced gang roster thanks to the new models that have come out. Somewhat confusingly, the fighter types have got individual names now, so we don’t just have ‘leader’, ‘champion’, ‘ganger’ and ‘juve’, but a variety of names that are different for each gang, helping to make them more individualistic but slightly confusing all the same! I do like the fact that each fighter type is arrayed across two pages, and each has its own equipment list, so it does make things a bit more obvious. The hangers-on and brutes are pretty much copy-pasted across each book, although there are the House specific exotic beasts etc.

The Regular Stuff
So all the new House of books have some stuff in common, which I’ll go through here. To start with, there are the Alliances. Each House can attempt to enter into an alliance with a group from one of three strands of Necromundan society: Guilds, Recidivists, or Noble Houses. You can only have one alliance at a time. Each faction comes with a list of benefits and drawbacks; you might get access to new and exotic weapons, or special abilities, but you will have to give up some (or all!) of your share of the creds at the end of a game. You can try to get around those drawbacks, but you’ll need to test your alliance with the faction, which runs the risk of them withdrawing support. Each book gives you a selection with which that House is said to have a “strong alliance”, meaning that the first time you’re asked to test that alliance, you don’t need to actually do so. But you’re free to make an alliance from any of the House of books, in practice.

For the Escher, the alliances are with the Water Guild, the Cold Traders, and House Ulanti. Each of these factions has the possibility of giving you free fighters, as well, usually between 2-4. So it can definitely be worth your while getting into this aspect of things – especially when Forge World are busy creating the models to go along with these allies! The Water Guild minis are up for pre-order as I type this, though at £42 for three miniatures, it does feel a bit too expensive. I mean, the regular gang boxes, and the new recruits boxes, are £26 (or less). 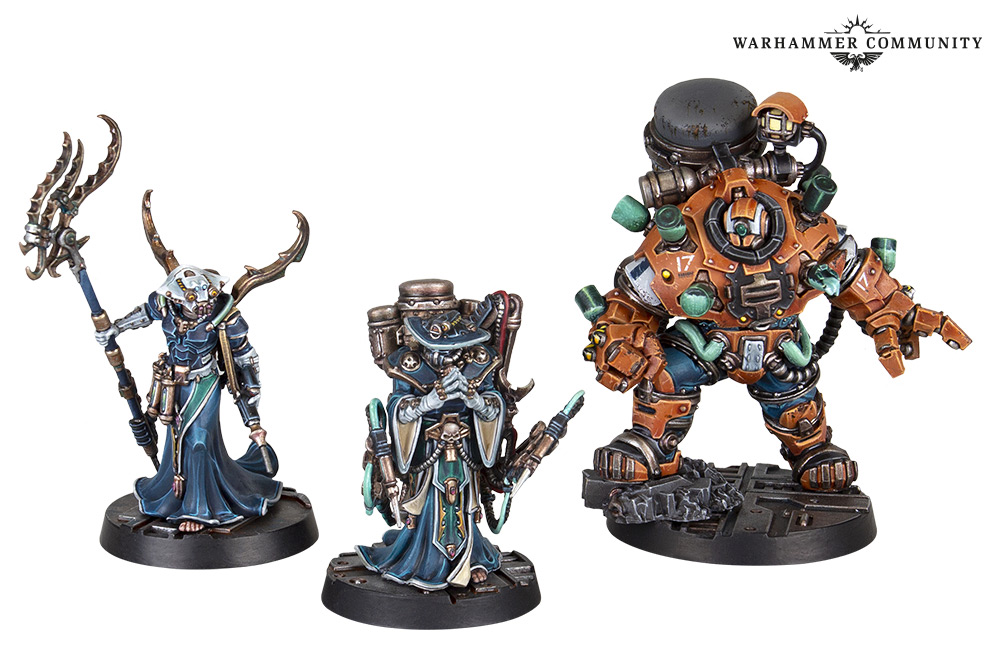 At any rate, Alliances are a very nice aspect to the game, and I like the fact that they’re giving us expansions by the back door, almost.

Faction terrain involves traps of varying sorts, and chemical drums, etc. Nothing too fancy, but I suppose this is more about customising an oil drum, or whatever, rather than trying to replicate something like the Corpse Grinders’ protein reclamator. Escher get a new skill, Finesse, which can be quite useful. There are also two Escher-specific scenarios included, although you don’t 100% need to play them using an Escher gang. The bulk of the rest of the book, however, is taken up with the weapon profiles and traits.

The Fancy Stuff
House Escher are known for their association with the chem industry on Necromunda, and they have a rules section that goes into detail on how you can create a variety of toxins and stimms. For all that people complain GW is getting too kid-friendly, this section tells us how fun it can be to mix and match the various effects of these combat drugs, and encourages us to name our potions accordingly!

These drugs can be used to enhance gangers or create poison rounds for weapons, and you can potentially get some for free by rolling well on the House Favours table. That’s a nice touch, by the way, giving gangs different effects that, to some extent, scale with the gang’s reputation.

Of course, the book came out with the new kit of Death Maidens and Wyld Runners, which looks quite wonderful and I do want to get my hands on it. Hopefully soon! The book puts a corresponding weight behind these two new aspects of the gang, going into a lot of the lore around both fighter types. Death Maidens have got to be the creepiest by far, reanimated corpses going about their business until death finally claims them anew. They’re a really cool and interesting aspect of the gang, and I think when they first came out, it was a surprise to me that GW were going in that direction. Wyld Runners do make sense within the context of the House, but having now read through the book properly, it is a very cool addition, and helps to make the gang a bit more unique.

I’m loving Necromunda right now, and while it’s true that I was intending to work on my Van Saar as soon as I had the chance, I’m now thinking instead that I might have a go with the ladies of House Escher, having had these miniatures built up since the original box set came out in 2017…

3 thoughts on “House of Blades”