The new box set has been previewed! This thing is choc-full of interesting goodies, featuring Stormcast vs a new breed of Orruks, the Kruleboyz. We’re firmly in the realm of beasts, and we have some swanky new Stormcast models, the first (I think) since Soul Wars updated the range a few years ago.

The new Stormcast look like they’re a tougher breed than the wizards we had last time, but this addition has got to be making their battletome really quite bloated. Interesting.

The new Stormcast do look nice, of course, and I really like this character, as I think I have mentioned before: 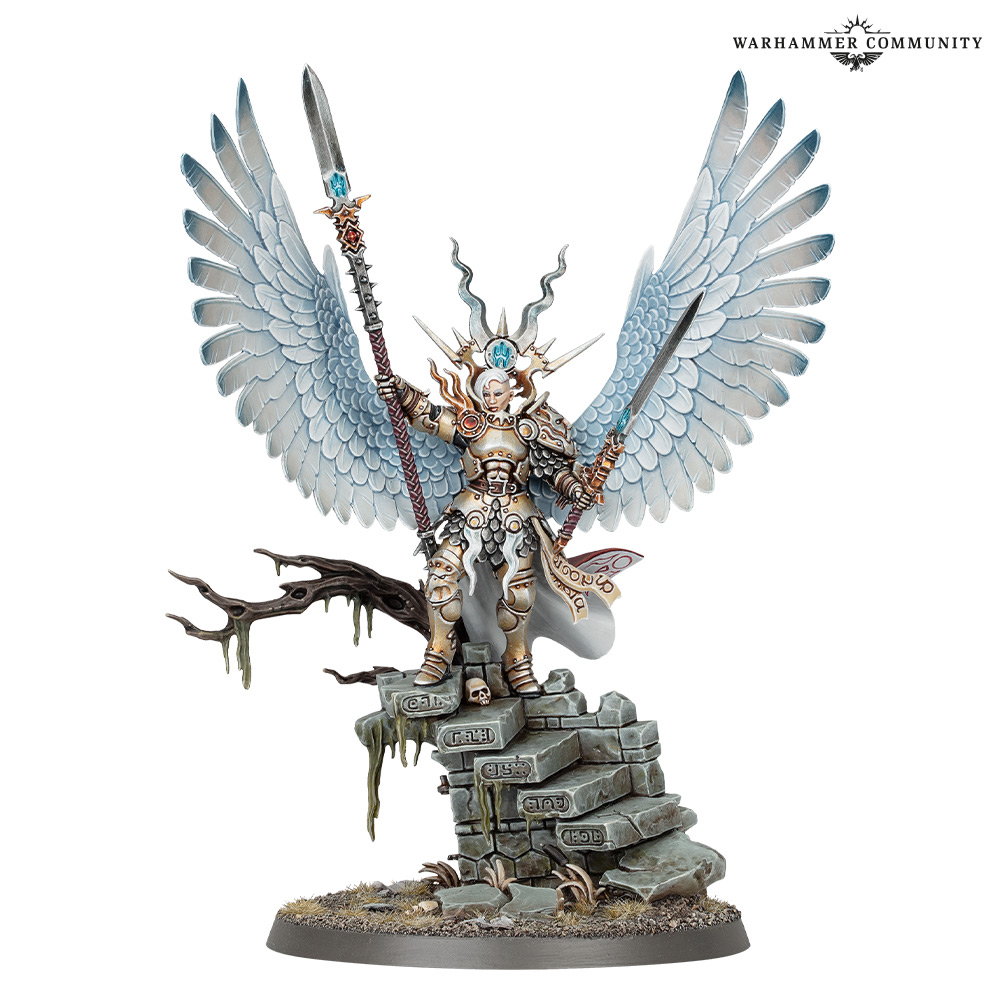 However, these are what has got me most interested in the box. The Kruleboyz have got a cunning look about them, and seem much more intelligent than the regular greenskins. I’m intrigued because it’s always nice to see a new race involved in these games, and there is an element of world-building that will be interesting to explore.

The big hero miniature is quite something, for sure, and I love the dynamism of the pose, with his big battle cat leaping down off the ruin. The draping filth off these things is really evocative of the swamp, and these guys are just brimming with character! 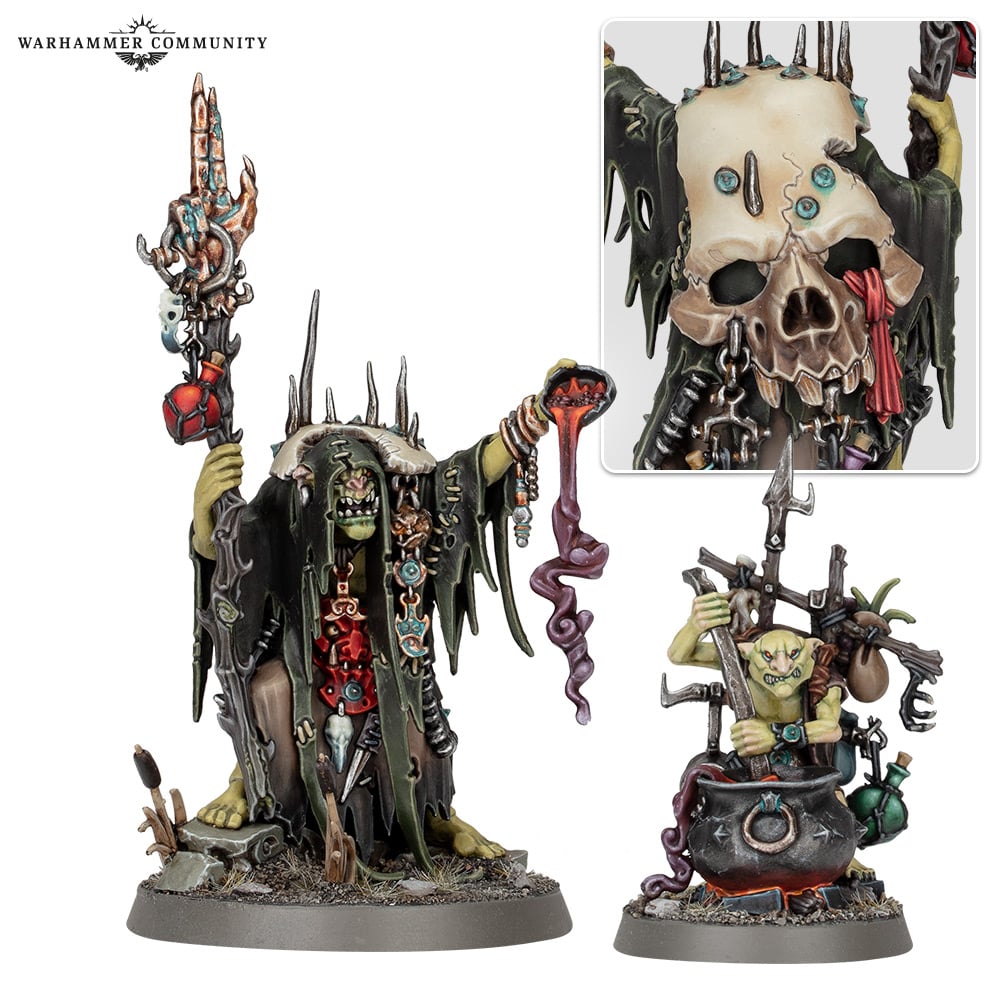 The sorcerer chap looks particularly funky, with his sous-chef assistant there.

There is a very interesting mix of guys, although of course they all follow the established pattern of having some leaders, a heavy group of warriors and a larger mob of more runty chaps. 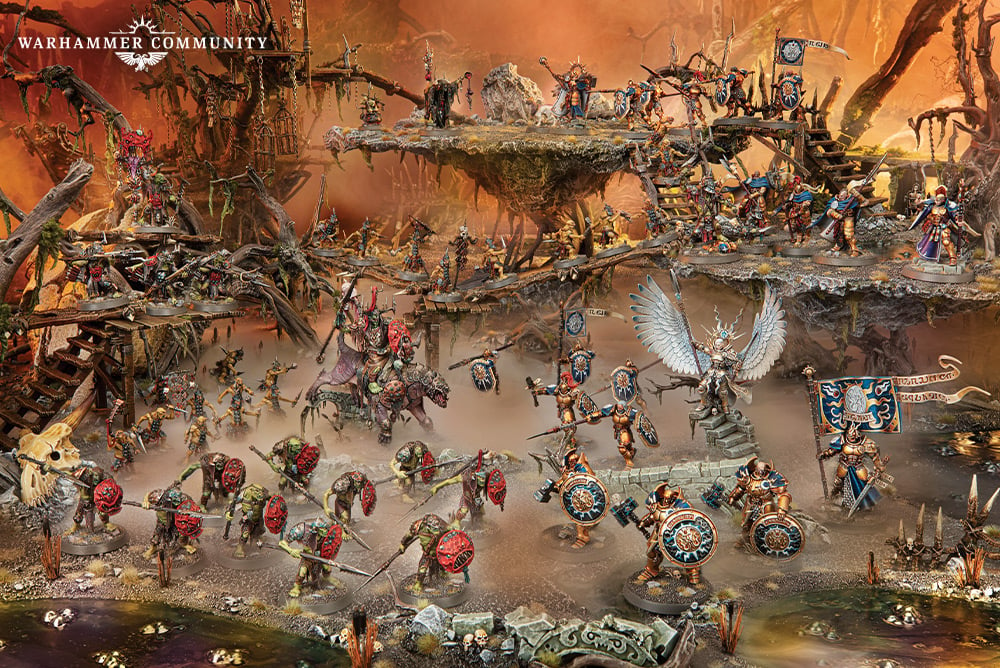 This doesn’t seem to be all that’s coming though, as we’ve seen previews for a few more units for each force, including a Stormcast chariot (like the olden days! Chariots for all!) and this for the Kruleboyz:

It’s a wonderful piece of artillery, though they’re also getting a very angry troll: 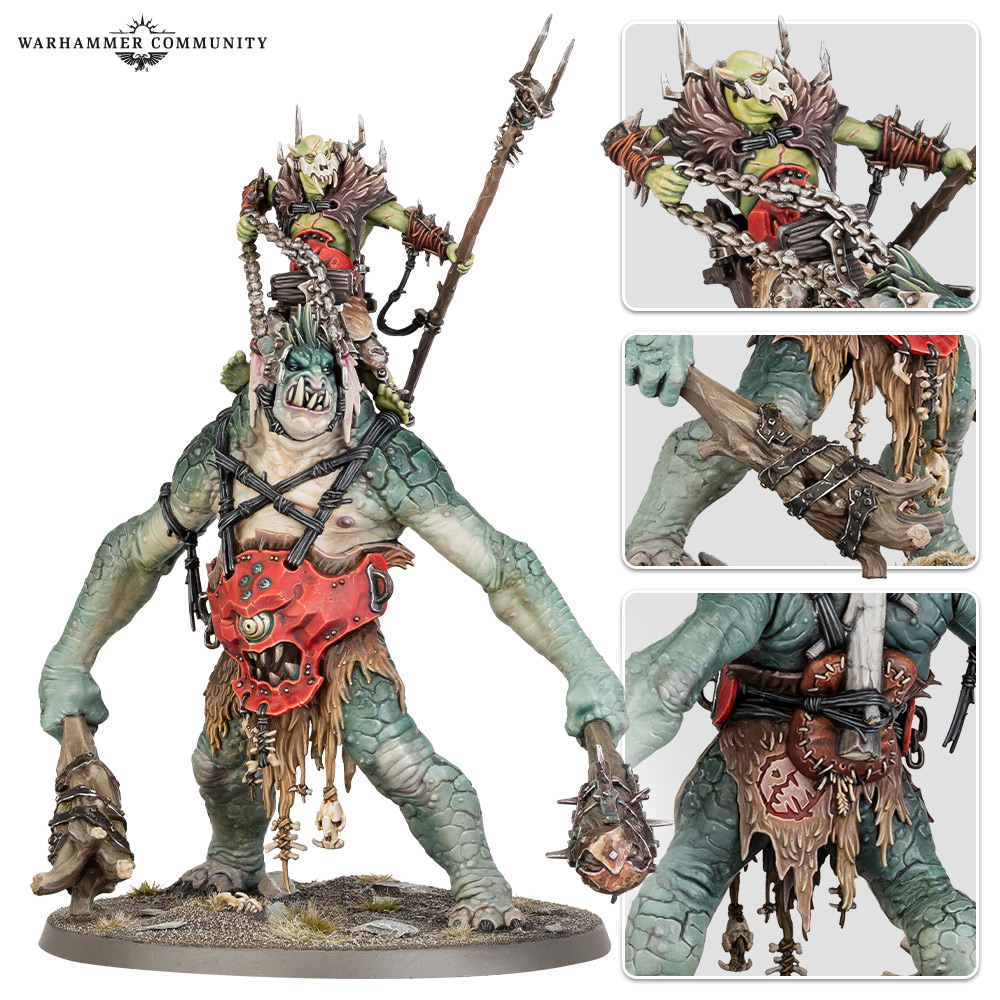 The Mirebrute Troggoth looks wonderful, and I can’t imagine being able to resist this dude when he is released into the wild!

However, I’m finding it very hard to get excited for this box, because of the paragraphs towards the end of the article. It’s up for pre-order in June, but it’s another of these “while stocks last” thing. I don’t understand it. I was able to pick up Soul Wars about six months after the launch, but this is the same language as Indomitus, and that box disappeared at a rate of knots. Given the way things have been with the big boxsets of late, as well, I really have no faith in the Dominion box being any different – it’ll be available for pre-order for maybe 20 minutes, and then it’ll disappear. Which will no doubt make for good reading for the shareholders, but is disappointing because the odds are it won’t be available for the people at whom it’s intended.

But lets not end this on a downer. The new Orruks look wonderful, and it’ll be interesting to see how third edition changes the game – and whether we’re in for any more new races!

One thought on “Age of Sigmar: Dominion”