Wow!
I know we’ve had previews for these things doing the rounds for a while now, but the new Slaanesh units up for preorder this weekend really are quite something!! I think, more than anything else, I’m surprised the range has expanded so much because it has only been, what, two years since the last batch of Slaanesh releases. But now that the daemons have had their overhaul, with a new Fiend model and a new plastic greater daemon, we’ve got a new suite of mortals to accompany them, including the mortal avatar Sigvald the Magnificent! 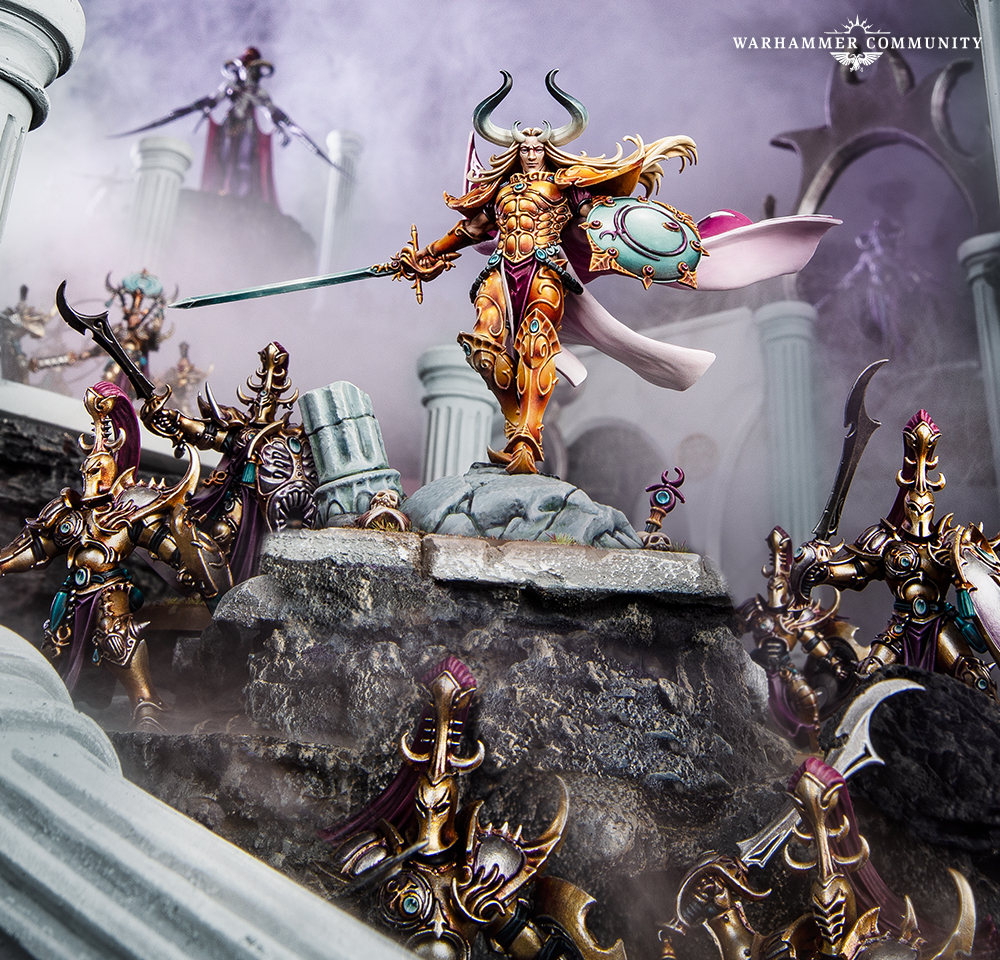 I love this guy. Sigvald was the first Warhammer novel that I read, back before I really knew what all this hobby was all about, and as weird as that book was, it’s given me an eternal soft spot for the character.

The new model is wonderful, and certainly an improvement on the older one, showing the strides that we’re seeing with new Games Workshop plastic stuff when compared with the models of yesteryear.

We’ve had mortal Slaanesh models for years, of course, in the Hellstriders, but now the range has been fully fleshed out, following the release of Warhammer Underworlds: Direchasm, which included the Dread Pageant as one of its warbands. The recent box set with Daughters of Khaine then gave us the Lord of Pain as a main character, which was really telegraphing the fact that Slaanesh mortals would soon be a thing. 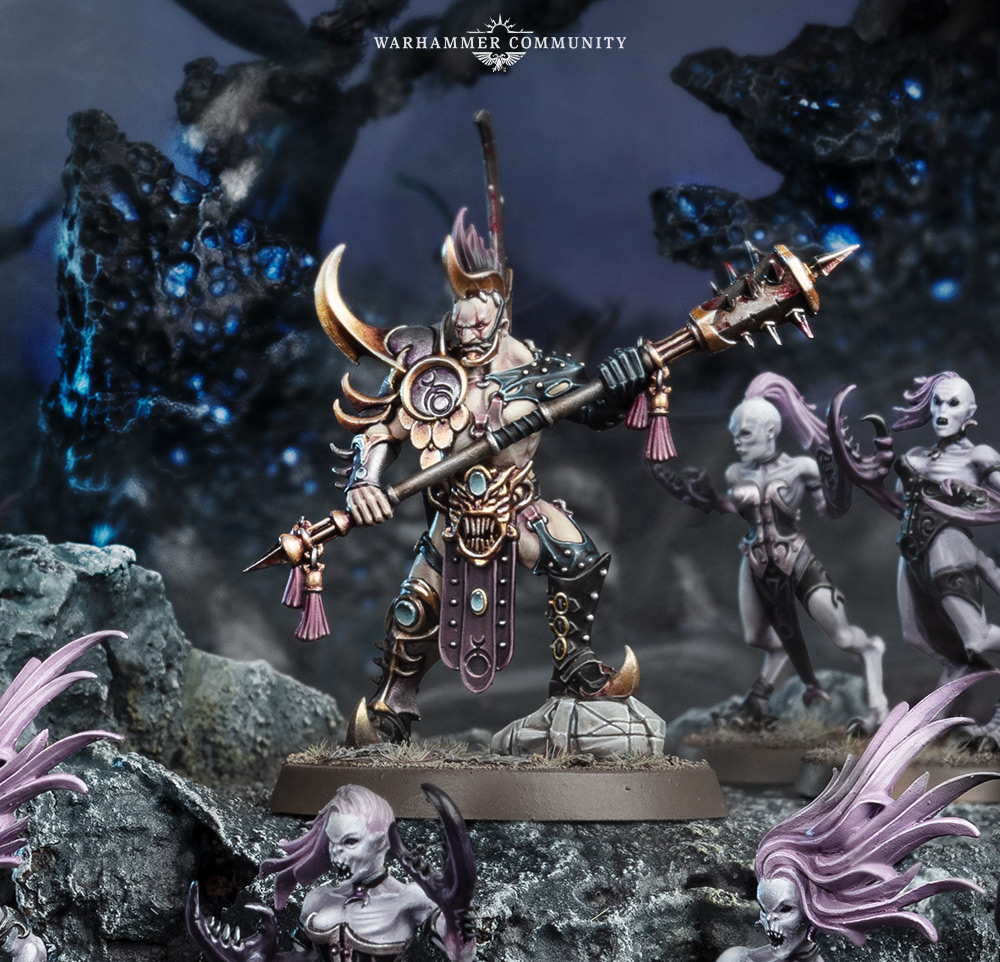 The new range is quite splendid, in the end, with not only the Lord of Pain and Sigvald, but also the Shardspeaker sorcerer model, which is an auto-buy for me, as a trio of leaders. We then have a unit of archers, a dual-kit for mortal cavalry, a dual-kit for elites, and the Slaangors. 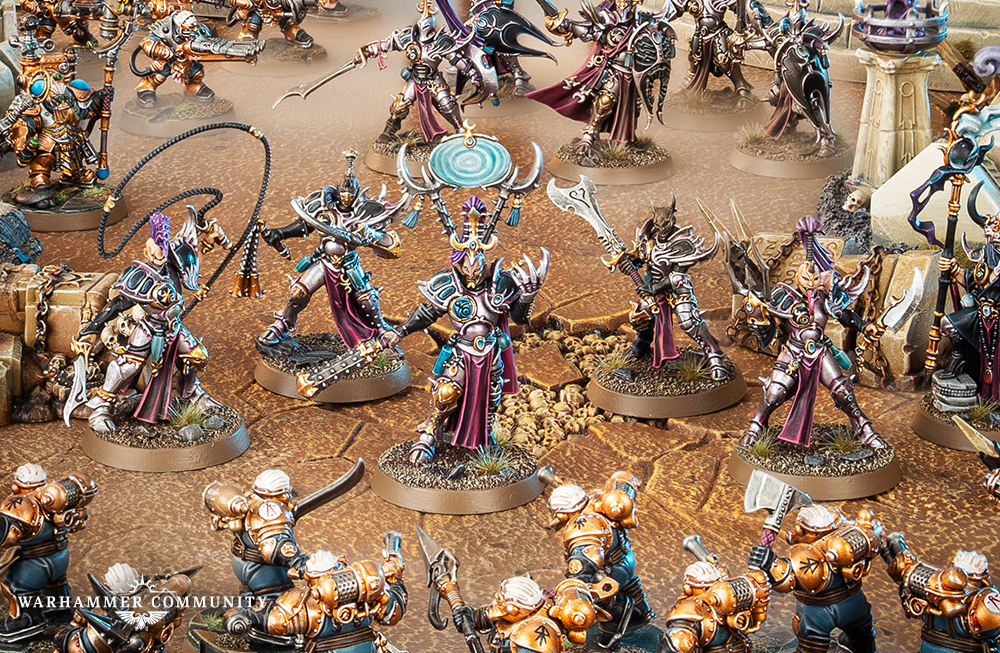 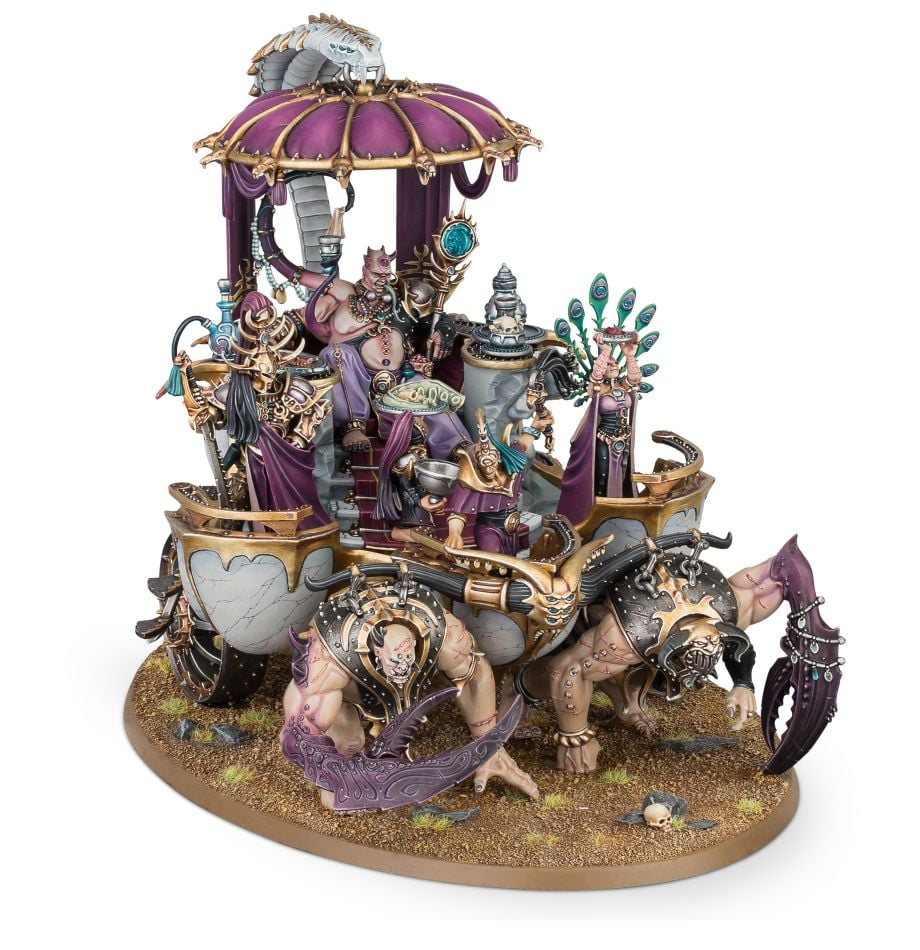 I mean, that guy is really quite something. I doubt I’ll be rushing to get one, of course – especially seeing as how I’m in the middle of at least half a dozen other projects right now – but as far as these things go, it really is a beautiful model, in the diorama tradition of Katakros, no less! I’m very tempted to pick up some of the archers though, and I will for sure be getting Sigvald at some point, just to have. My Slaanesh Daemons army is quite hefty already, so I have no shortage of models that I need to do something with – so I don’t want to be adding to the mass of plastic that I already have, as that’ll just bum me out. But a couple of the new things would be nice, and I believe they’re in the Warcry book for Chaos, so I’ll definitely get some mileage out of them!

I really never thought we’d see so much stuff for Slaanesh, especially given the efforts made at first to sideline the Dark Prince in favour of the Horned Rat. It really is a glorious time of excess for the followers of Slaanesh, and I could not be more pleased!