Hey everybody,
It’s time for more rambling thoughts to start your week! After thinking about it a couple of weeks ago, I have now started in earnest on my 9th Edition Black Legion army – and yes, it’s turning out to be quite the army, at that! What has initially started life as a 500-point (ish) Combat Patrol force has now become something far bigger than I’d been expecting!!

To start with, though, let’s talk briefly about how army building works in 9th edition. Rather than receiving a number of command points based on the number of detachments that you’re bringing, instead you get the CP based on the game size, somewhat balancing things in comparison with 8th edition, where one army could be starting the game with something like 17, and another might only have 4. For games of up to 500 points-a-side, such as we’ll be discussing today, you each get 3CP to start the game with. After that, at the start of each round, you get an extra one in your Command Phase, a new phase of the game that seems to have been borrowed from AoS.

Now. Each detachment that you bring costs command points, but if your warlord is in that detachment, you get those points refunded. So the humble patrol detachment costs 2CP, but you then gain 2CP if your warlord is in there. Interestingly, this only counts for the patrol, battalion and brigade detachments – the vanguard, spearhead and outrider detachments cost 3CP each, and don’t refund you even if your warlord is in that detachment instead. So no elite-only armies, for you! Even more interestingly, the Supreme Command detachment doesn’t cost anything, but you get additional command points if your army also includes a patrol (+2), battalion (+3) or brigade (+4), but that Supreme Command must include either a Primarch, Daemon Primarch, or Supreme Commander unit. Interesting to see how they’re sort of pushing those big commander type of units – and even more interesting, considering there is only one Primarch currently in the game. I’m guessing that characters like Abbadon and the Silent King will be getting Supreme Commander keywords in time?

I’m talking about my Combat Patrol plans for the Black Legion!

I’ve literally only just planned out my starting force for these guys, and then the points changed quite dramatically and I couldn’t fit everything into the same force! Marines in particular were hard-hit, meaning that I’ve had to take out the Exalted Champion and a second Greater Possessed! But anyway.

For this list, then, I get 3 CP to start the game, which isn’t so bad I guess! The Master of Possession is literally only there as the headliner because of the fact that I’ve finished painting him; I think in the fullness of time I’ll be swapping him out for a Sorcerer or maybe even simply a Lord, although I have just today primed the Dark Apostle ready for action!

The Master of Possession is heavily geared towards daemon-support, so the Greater Possessed has stayed in the list simply to give him targets for his abilities! I do want to ally in some daemons, though, and I’m thinking the whole Dark Ritual stuff could be quite fun as well, so it’ll be interesting to see what he gets up to in due course! For the marines, I’ve got the 10-man unit from Shadowspear, and I’m currently working my way through all that trim on those guys… what a detailed task that is!

I’m enjoying my foray into these guys though, even if I haven’t yet been able to come up with an easier way of painting the basic troops! Of course, I’ll be using Cultists when the army grows, so that may prove to be an easier task, although I still haven’t finished painting that batch of Cultists from back in the day…

The Havocs are hopefully going to be great. Again, when I get the army fully off the ground, I’m hoping to get at least one more squad of them, kitted out slightly differently so that I have more heavy bolters for volume of shots. Given that they’re almost as expensive as double the number of regular marines, though, I’m curious to see what else could possibly fit into the list! 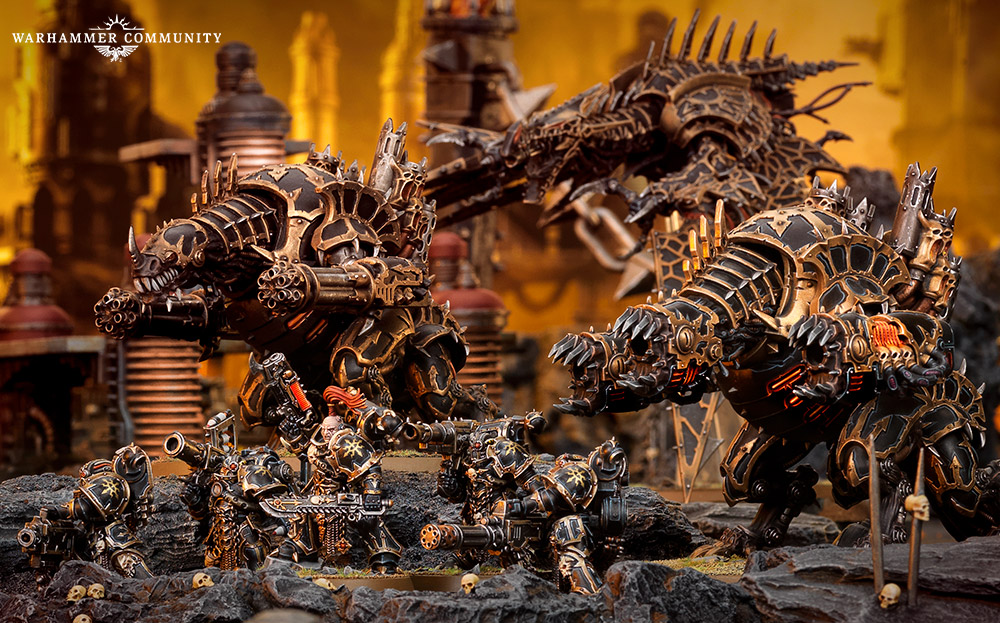 I think this is really indicative of how 9th edition is changing things, with fairly big points increases, which in turn are seeing smaller armies. In looking at how I could increase this force to 1000 points, I was looking at some Terminators, though kitted out as I’d like (combi weapons and power fists, with a reaper autocannon in there just because) brings a five man unit to almost 200 points! Added in a second marines squad at 175 and a second Havocs squad at 150, and I basically have no room to manoeuvre! It surprises me, I think, because during 8th edition I was almost always pleasantly surprised as just how many models I could fit into a list. Now, however, I’m finding that my lists are becoming almost elitist given how few bodies I can squeeze in! 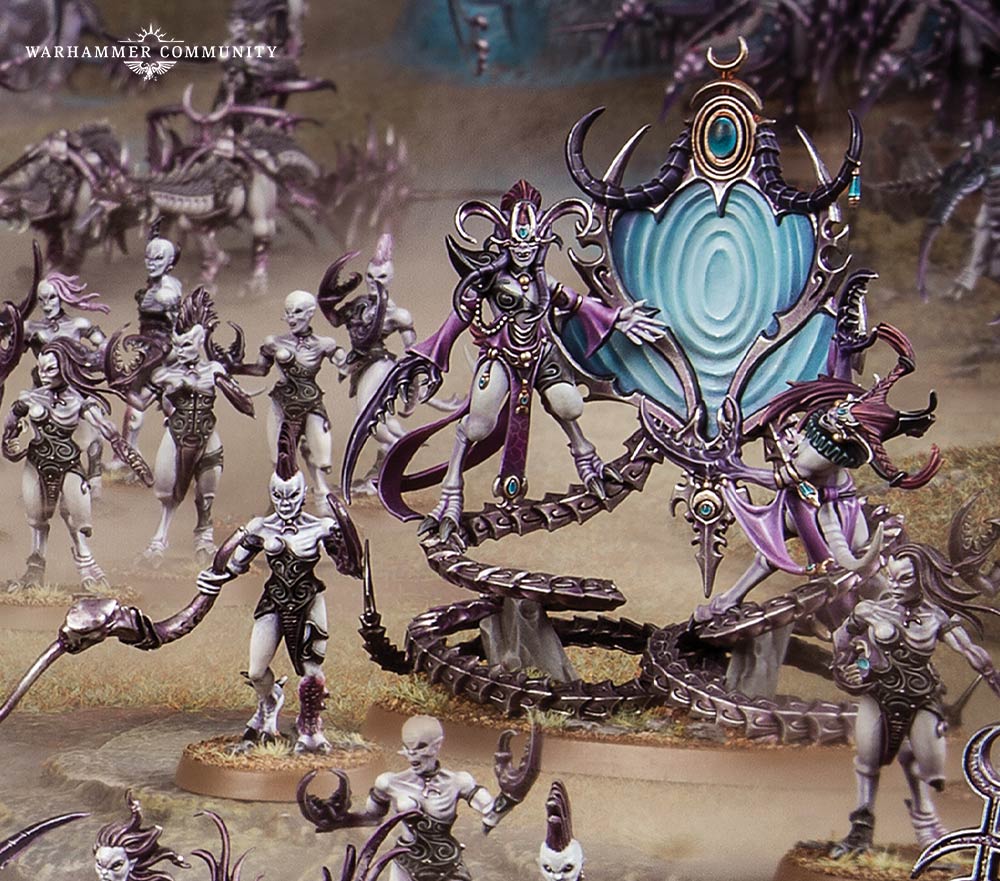 In addition, though, I’m also intending to ally in some Chaos Daemons, principally of Slaanesh, given that I have those models already, although I can’t deny that I’d like to get a few more interesting gribblies in as time goes on! I think I might start with a small patrol detachment of these things, rather than relying on Summoning them on, as I feel that tactic might be vulnerable to having the characters removed before they can attempt the Ritual. But who knows? Maybe I’ll try to get my Dark Apostle to summon a Keeper of Secrets, and see what havoc can be caused!

So far, then, I’ve got a small force underway. I’ve recently picked up a couple of Rhinos and a Forgefiend, as I’d like to go bigger with this army as time goes on, but I’m trying my hardest not to go picking up tons of kits and finding myself drowning in plastic! In addition to the Marines, I’d like to get a nice selection of Cultists painted up, and who knows? Maybe 9th edition will answer my dreams, and we’ll get that Renegades & Heretics Codex that I’ve been after since Blackstone Fortress first showed what could be possible with such wonderful miniatures!

One thought on “Planning! part one”