Hey everybody!
So across both last weekend and this one, Games Workshop have treated us to some previews for upcoming miniatures across all of their main lines!

I must admit, I thought we’d get some more interesting stuff than this in the first Preview, but I fully understand that a lot of these miniatures are coming out for lines or systems that I have no interest in. There are some interesting behemoth models for the new High Elves faction in Age of Sigmar, which look like massive Hindu-style deities, that do look pretty great if I were going to be collecting those models!

Lion el’Jonson is coming – but it’s for Horus Heresy, which felt like a bit of a let-down. We still need more loyalist Primarchs in 40k! The Scions of the Flame warband for Warcry don’t really float my boat as much as I was hoping they would, either!

There is an interesting bit of news in the next (seventh) Psychic Awakening book, War of the Spider, which features Talons of the Emperor, Assassins, Death Guard, and a new Heretic Astartes faction that centres around Fabius Bile, who is getting a new mini (at last!) 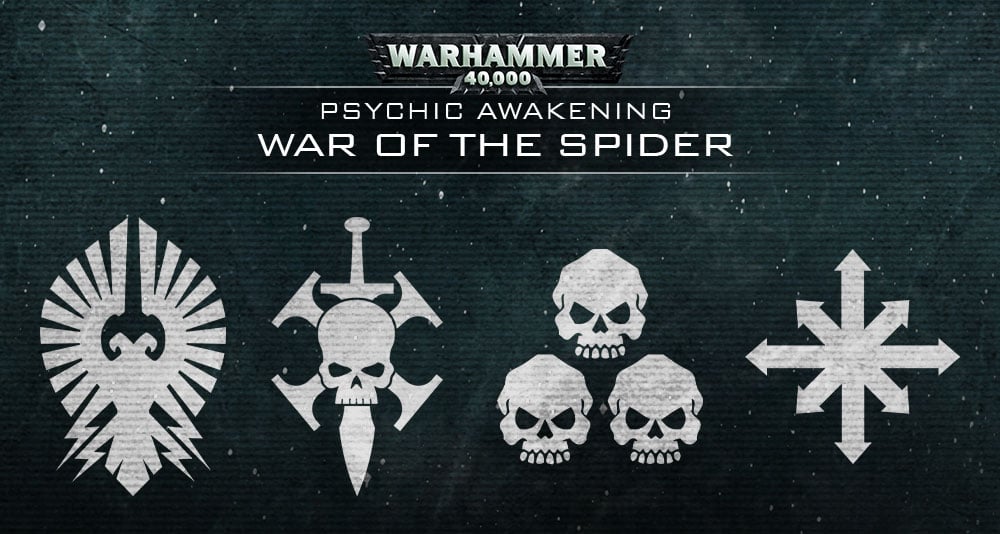 This one should be interesting, though we still don’t have Necrons!

Fabius Bile looks pretty amazing though – I’m probably not going to branch out any further into Chaos, but I do love that model!

The second Preview took place yesterday, and if I’m being totally honest, I was pretty unimpressed with this one, as well! There was some more info on the upcoming High Elves – they’re getting a similar release to that for the new Sisters back in November, only with full multi-part kits and fancy dice. I’m expecting another sell-out situation, if I’m honest! Blood Bowl is getting some Treemen, and there have been a couple of new Praetors shown off for the Word Bearers – very sexy, they look, as well!

That most loyal of Legions is getting a new leader. Did we say loyal? We didn't mean to the Emperor… What do you think of this Word Bearers Praetor?

The biggest thing, as far as I’m concerned, though, was the VIII Psychic Awakening book, Pariah, which will involve Ephrael Stern of Daemonifuge fame! I should get round to featuring that graphic novel here on the blog at some point! The miniature looks lovely, and the fact that the book is called Pariah has set the Necron community alight with speculation!

However, I am pretty disappointed to see that Deathwatch and Harlequins are getting their particular updates via White Dwarf, and not a campaign book…

Psychic Awakening has been fairly uneven, to me, at this point. While we’ve had some wonderful updates models for Drahzar, Mephiston and Shadowsun, and the boxset for the Mechanicus that we’re expecting soon is just fabulous! But I feel a little like the boxsets have maybe overshadowed the other releases. I think getting new, plastic Aspect Warriors and Incubi almost set us up for subsequent disappointments, as the following books had a massiv focus on marines above all else, and gave us just one new model. Will we see plastic Pariahs for the Necrons? Who knows. But I wouldn’t bet on it… 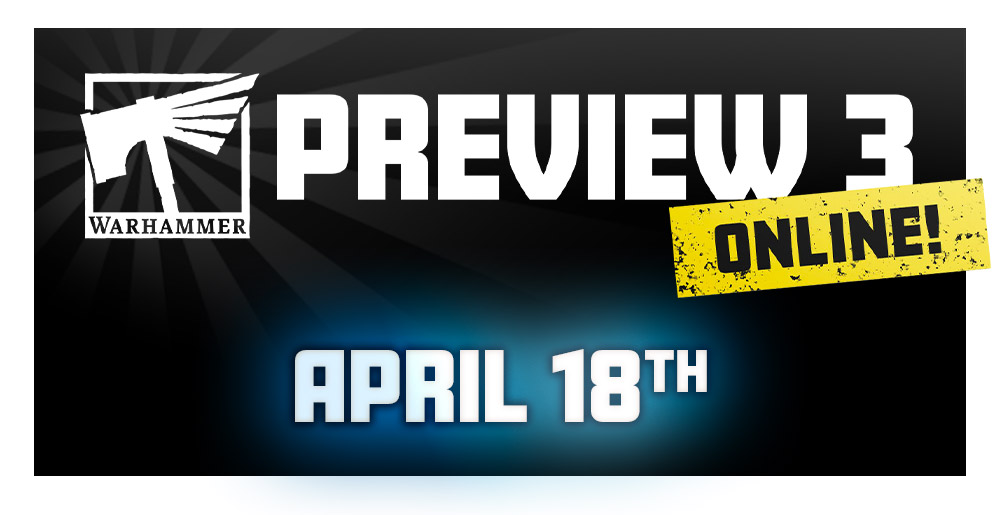 I’ve been disappointed, overall, with both of these previews, but all hope isn’t entirely lost, as we have a third one coming along in two weeks’ time! I guess we’ll see if that one will bring more exciting stuff!

I’ve been meaning to talk about the 9th Edition rumours that have been circling for some time, though have never seemed to have the time to get round to it! Back in December, this was published on Faeit 212, which talked about the new edition coming in the summer, and is a “polish / clean-up” of 8th edition, reworking some keywords as well as the Psychic phase. Psychic Awakening was seen as the lead-up to the new edition, much as The Gathering Storm served as the bridge between 7th and 8th editions, but there isn’t a great deal more to go on here. That said – fluff-wise, the Emperor apparently wakes up, though is still bound to the Golden Throne. Interesting…

The rumours have re-appeared in the wake of the coronavirus lockdown, in terms of how the pushed-back release schedule from GW will impact that summer 2020 release date, and the general consensus from the comments is that it probably wouldn’t – something this huge will already be produced, and the subsequent releases further in the year will depend on the summer date being adhered to as far as possible. It makes sense, right?

That said, I find myself feeling a little jaded by the whole thing. I am fairly sure that 8th edition was touted as being as close to a living edition as is possible, kept alive through Chapter Approved each year. Part of me doesn’t want it to be true, for sure, as I’m already fairly heavily invested in the current edition, and I think it would be a kick to the figurative balls if I had to buy a bunch more books for the armies that I collect. (In reality, I’d use this as the excuse that I need to actively thin out most of those armies, and just keep a core handful from there on out).

I could see this as being almost some kind of 8.5 edition, as GW releases a consolidated, revised rulebook that takes account all of the changes that have happened since 2017, and uses that event as the chance to tinker with the Psychic phase, perhaps. We’ve already seen second editions of some codexes now – I think it’s entirely possible that they will put out a bunch of new codexes for the other armies, updating their rules with the Psychic Awakening stuff, and then continue on with the practice of using Chapter Approved to then give out more missions and the like, and address any issues thereafter.

In fact, I could see this as being some kind of major release and them giving all of the armies updated codexes over, say, a two week or maybe month-long release window. Kind of like how 8th edition launched with the Indexes for all factions on day one.

The Indexes do bring me to a sort of interesting point, though. Chapter Approved 2019 came in two parts – the scenarios and missions and new rules, and a pamphlet of all the points changes. I wonder if the Codexes could adopt this approach, and come with a pamphlet that presents all of the datasheets, Index-style, that could be dealt with independently of the codex? So that we have the fluff and the crunch separately? I’m honestly not sure whether I would go for that, as I do like having all of my stuff in just one book, but who knows where we could be going?

I’ve read some fairly intriguing comments about the possible new edition, and I think a lot of people make the valid point that the majority of sales upon launch of a new edition are from the books. People (like myself) who have an army already will only want the rules with which to play that army, and possibly supplement out from there. A great example could be Tomb Blades for the Necrons, which turned into something of a bestseller when the Necron Codex dropped in 7th edition. People already have all the troops they could possibly want – although 8th edition was quite sneaky in how it updated the old force org chart from 2 troops and 1 HQ to 3 troops and 2 HQs to make the staple Battalion formation. While the launch of a new Codex might well bring in a few people who decide they want to start that army – such as myself with Tau a couple of years ago – in the main, the people buying that book already have the models to go along with it.

I think a new edition is probably inevitable at some point, and it is true that – especially with Psychic Awakening – the rules have gotten too bloated when you’re trying to play the game. However, I would much prefer to see a consolidation of the rules, rather than some kind of overhaul just for the sake of a new edition coming out. I hope that common sense is maintained, though, whatever happens!