About a week ago, I finally finished reading this book, the first of the Black Legion series of novels by Aaron Dembski-Bowden. It took me what felt like an age to get through, and that was mainly because it felt like such a slog! I’m a fan of ADB’s work, with The First Heretic being right up there in my favourite 40k fiction, but there was something about this book that meant I just couldn’t get into it.

It is told in the first person, through the eyes of Iskandar Khayon, a sorcerer formerly of the Thousand Sons Legion, now of the Kha’Sherhan warband. He has been captured by the Inquisition, and the story unfolds as a narrative where Khayon is telling them how the Black Legion came to be formed. As a narrative device, the interrogation comes back every so often, though principally we’re treated to the account in the past tense. However, it is the interrogation scenes that reveal, I think, my main gripe about reading this novel.

Being told through the eyes of a sorcerer, ADB has taken a leisurely, almost archaic frame of speech that meanders through the tale as you would expect one to recount it around a camp fire, or something. It’s not like he goes off on tangents, or anything, but if you can imagine someone kinda waffling their way through a story, then this is it.

The story begins with a kind of update of the situation since the end of the Heresy, with a lot of internecine conflict between the Legions since they have taken refuge in the Eye of Terror. It seems that the Emperor’s Children have been systematically attacking the Sons of Horus, and scored a particularly decisive victory when they defeated them at Lupercalios and stolen the body of the primarch Horus, which was being kept there in stasis.

The main impetus then for the book is to follow the disparate bands of legionaries, seeing a small group of World Eaters, Thousand Sons and Sons of Horus band together to defeat the Emperor’s Children (specifically, Fabius Bile). Along the way, we get glimpses into life for the traitor legionaries in the Eye, and it’s really quite fascinating to see what has been happening since the Siege of Terra.

However, the book tends to limp along – it’s not, I think, due to ADB’s writing, but more like a stylistic choice for the narration. While I feel as though this should be a book that grabbed my attention and never let go, instead the first 2/3 of the novel felt like a bit of a chore to get through…

That is, until Ezekyle Abaddon made his appearance. 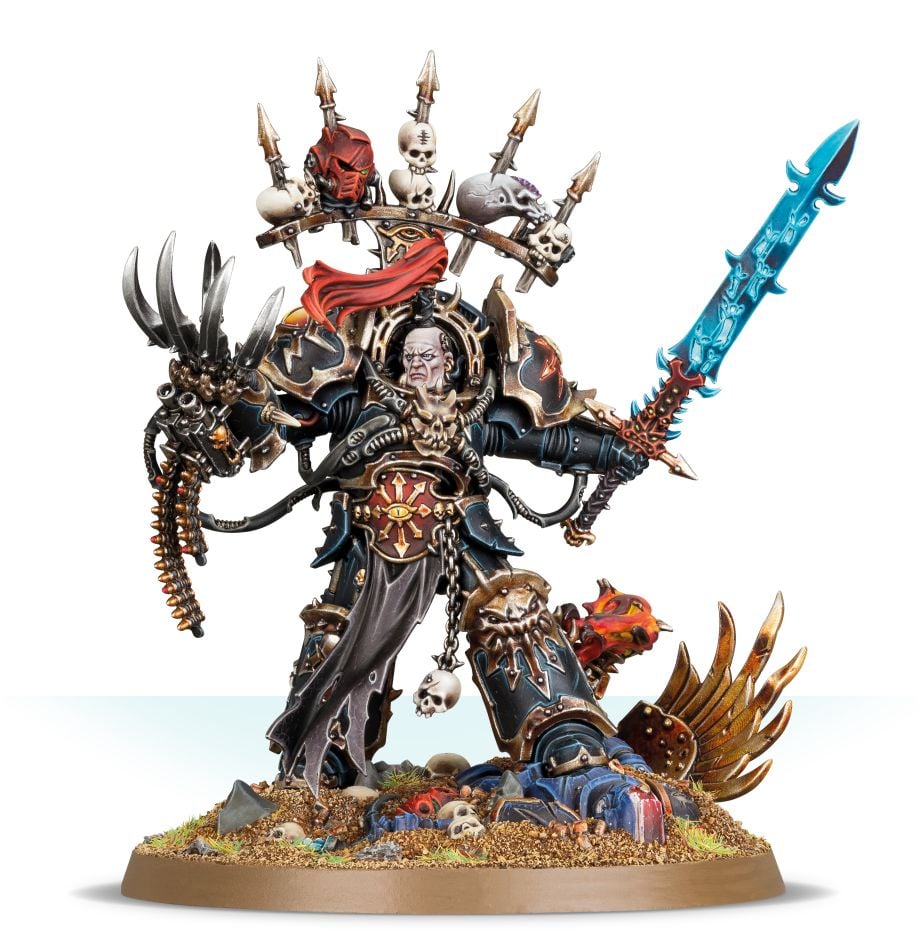 One of the plot threads, much like it is some kind of RPG adventure, is for the legionaries to recover the Vengeful Spirit, the Gloriana-class cruiser that was Horus’ flagship during the Great Crusade and the Heresy. They gain intelligence from the Word Bearer Sargon Eregesh, and it all turns out to have been a plot from the mind of Abaddon, to help wage his war against Fabius Bile. The legionaries join with Abaddon, and destroy the Emperor’s Children stronghold at the Canticle City. There, they not only find Fabius Bile, but also his clone of Horus – and it takes Abaddon showing up in his terminator armour of the Justaerin, and kills him using the legendary lightning claw, the Talon of Horus.

As I say, it’s the sort of book that should have grabbed me while all the way, but it wasn’t until Abaddon showed up that I really began to enjoy it. Abaddon is every inch the commander his gene-father was, and this really comes through when we see him engage the troops that Khayon and the others bring to his banner. There is a real sense of charisma that comes out from him, in the same way that we see Horus Lupercal in Horus Rising.

So yeah, even if I didn’t enjoy the whole book as much as I perhaps wanted to, it did have one benefit…

After experiencing quite the hobby slump earlier this year, as I got towards the end of the novel, I found myself wanting more and more to start painting my Chaos Marines as Black Legion. And then I started work on the Helbrute!

It’s the model from the Dark Vengeance set which, in my opinion, has a lot more movement to it than the regular model – which is strongly modeled after the Space Marines Dreadnought. Don’t get me wrong, I do enjoy a Dreadnought model, but there’s something a bit more animalistic about the Helbrute, which I would have thought warrants a bit more verve to its pose. Ah well.

It’s been quite fun getting this guy painted, even though he’s still a work in progress right now! I’ve really enjoyed getting the skin to look so… sore, and think it really helps to set the armour off. All that trim, though… crikey! There are parts that still need touching up, for sure, but it’s coming along nicely.

I’d had some time off last week, and had been hoping to get him finished by then, but sadly I didn’t manage to get round to it. That said, who knows what’s round the corner? The UK has been ramping up efforts to curb the spread of coronavirus, of course, and as I’m writing this blog, we may be on the cusp of a nationwide lockdown, so maybe I’ll get a lot more time for hobbying! I guess we’ll have to see, though!

Whateer you’re up to, please stay safe out there, folks!

2 thoughts on “The Talon of Horus, and an update!”