The Corpse Grinders are creepy as hell, and I love them! 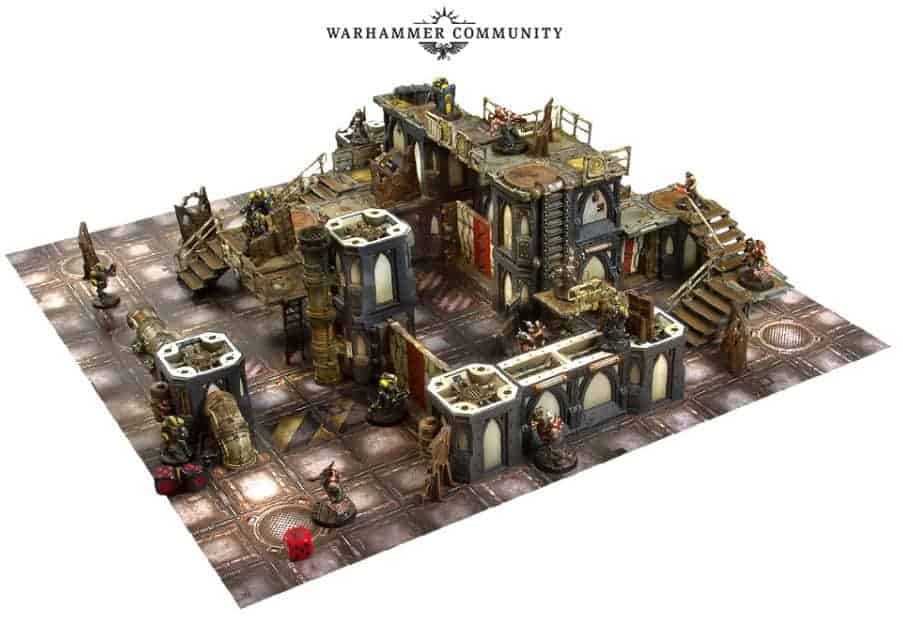 This terrain is just phenomenal.

Some More Pictures of the Necromunda Dark Uprising Models and Zone Mortalis scenery from Warhammer Community and Warhammer TV. pic.twitter.com/ass3WXUb8h

Okay, so I’ve got that out of my system… 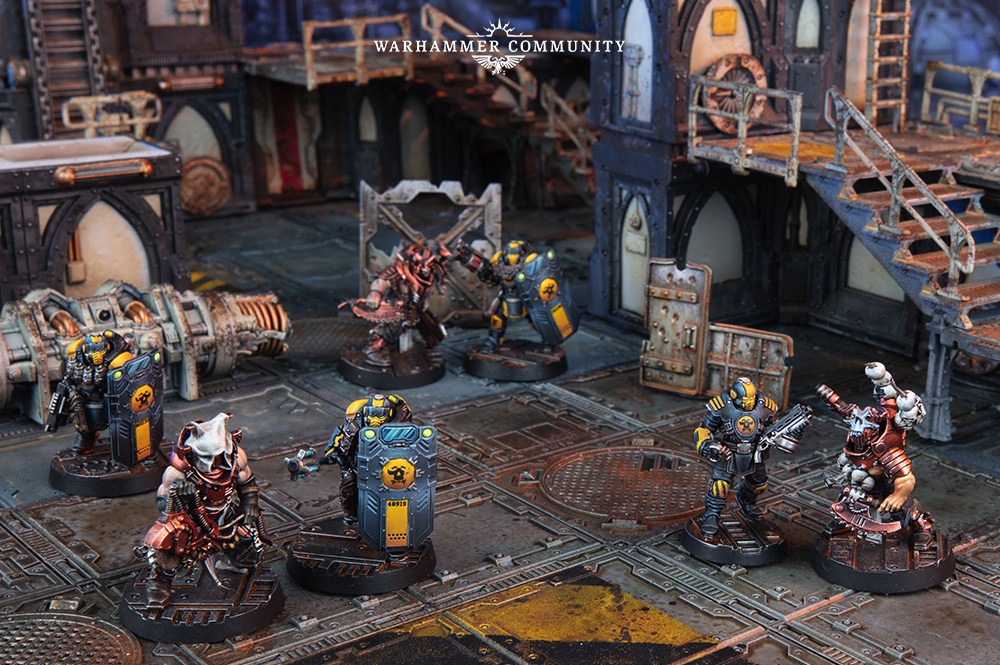 The box set gives us not only this amazing terrain and fantastic miniatures, but we also get the third official campaign for the game, the Uprising campaign. This is very much a narrative campaign, that tells the story of Hive Arcos and its descent into anarchy (and worse!) The campaign follows the similar basic structure as the others that we’ve seen, with a preliminary phase (Insurrection) followed by downtime, then the second phase, Damnation. It’s pretty much order vs chaos, and gangs are supposed to follow a certain alignment, though do not normally deviate from that.

Something that I particularly like about this campaign is how coin becomes worthless in the Damnation weeks, and instead the hive’s currency is based on meat.

It’s very fitting for the Corpse Grinders, though in fact you could argue that the campaign is written perhaps a little too strictly to the narrative, and you are almost shoe-horned into using them as one side. The Book of Ruin does include a section that goes through some alternative Uprising ideas that could allow you to have less of a focus on that order came chaos struggle, however.

Of the three official campaigns, the Uprising campaign definitely seems to be much more specialised than the other two, which I’d argue are much more in keeping with the sort of gang warfare that the game is all about!