Hey everybody!
I’ve talked about this before on the blog, but I’m a huge fan of Necromunda. I’ve never actually played the game, sadly, but it’s definitely on the list to try out. While the world does seem to be getting a bit weird right now, I thought it might be nice to take the time and look through the stuff I’ve been collecting for the game up to this point (spoiler alert: it’s everything!) and see what I’ve got, ready for when that mythical first game might happen!

I’m starting with the Gang War supplements, though, which are all pretty much out of date now. Back when the game was released in 2017, we had rules for the Escher and Goliath models that were included in the set, but we had to wait until Gang War was released, a couple of weeks afterwards, before we had a full gang list. This was the supplement that gives the full weapons and wargear rules, and really starts to go into just what Necromunda is all about. Most notably, though, we also get 3D terrain rules, in the form of Sector Mechanicus rules. 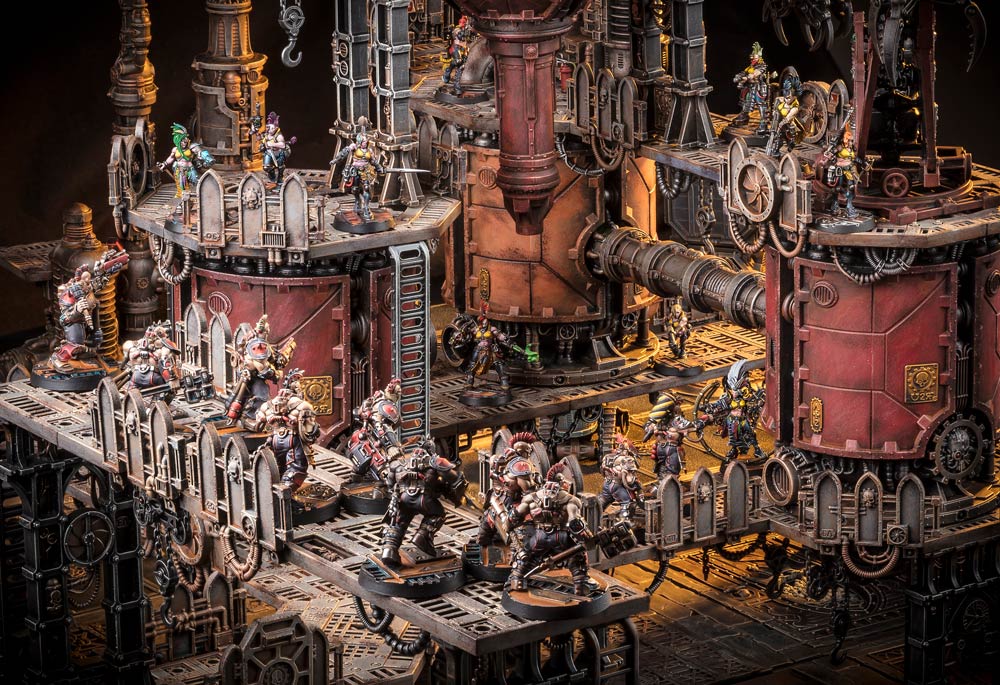 This was a huge deal when it first came out, as a lot of the old guard who played the original Necromunda were quite vocal about the relaunched game being a 2D zone mortalis affair. So we have the rules for jumping or falling down, for climbing, leaping gaps, etc. It’s all very dynamic, and helps to really give the game a lot of flair, really!

The first Gang War book also gives us campaign rules for the Turf War campain. This is, in retrospect, quite a simple campaign that sees gangs basically fighting for superiority in the Underhive, by gaining the most reputation. I’m not going to dwell too much on this, because we’ve got another campaign within the Gang War series, which is much more fleshed-out. To support the campaign, we get six new scenarios.

Gang War II was the next supplement, which came out principally to support the release of the Orlock gang. In addition to the Orlock list, there are rules for hangers-on and brutes, such as rogue docs and ammo jacks. These really go to support the releases from Forge World that we’d been seeing up to this point, so it’s nice to have the support there. The centrepiece of the book, at this point, is the Underhive Perils rules, which have since been extracted as a pdf. These perils are the rules for the Badzone Delta-7 tiles that also came ut at the same time, but are now sadly out of print. I’m not going to go off on a rant just now, but suffice it to say, I really don’t understand why GW can’t keep game expansions like these tiles in circulation!

Gang War III is probably the book that I have spent the most time with, having spent a lot of time back in the day with my Van Saar gang. The book hasn’t really got as much extra content in it though, when you compare it with its predecessor. A lot of space is given up to expanding things like the trading post, and giving us a lot of different weapons options overall. There are, however, rules for exotic beasts and status items, new brutes, and House Favours, which allow players to gain little bonuses in the pre-game sequence that range from, well, nothing, to generating an extra Champion with 150 credits’ worth of equipment for that battle. I love little extra rules like this, as they all help to add to the depth of the game.

We also get ten new scenarios, plus two multiplayer scenarios!

Finally, Gang War IV – the thickest book of the four – gives us the rules for House Cawdor, but we get a slew of additional content that is relevant across all five of the gangs released up to this point. We have House-specific brutes, we have exotic beasts, we get rules for bionics and for psychic powers in the Underhive, and we have the centrepiece of the whole series, the Dominion Campaign. 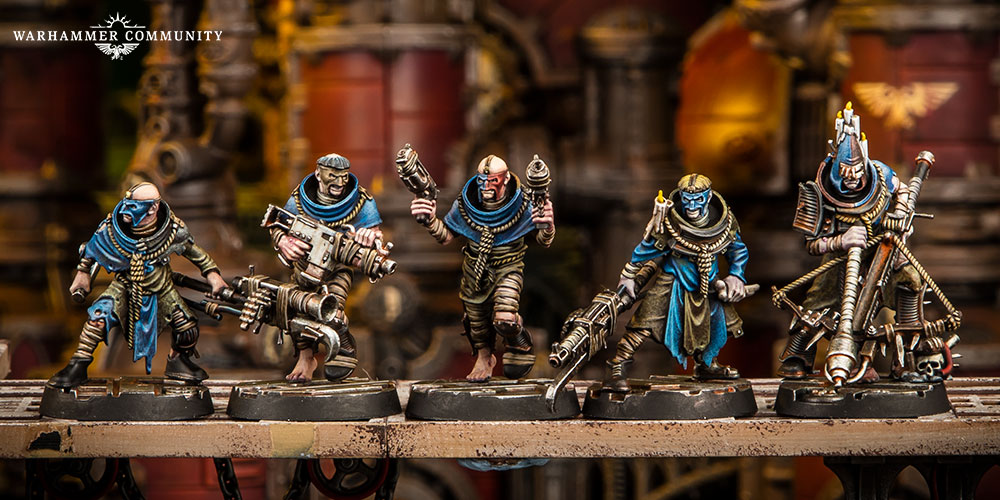 The Dominion Campaign is something of the jewel in Necromunda’s crown. It is played by gangs fighting for control of territory, with the rules specifically stating how to structure the campaign, to ensure that it doesn’t run on too long – which, as the book says, runs the risk of players growing bored. The suggested structure is for a seven week campaign (weeks aren’t necessarily real-world weeks) which is divided into the Occupation Phase (3 weeks), downtime (1 week), and the Takeover Phase (3 weeks). Each of the outer phases sees the players play games, with downtime being mainly devoted to the bookkeeping aspect of the game, though some one-off games could be permitted.

In the Turf War campaign, gangs are basically fighting to gain reputation. In the Dominion campaign, however, players are fighting for control of territory, which has special effects during the post-battle sequence such as generating income. There are rules for advancing your fighters, and gaining additional skills, purchased through the XP gained from fighting in battles. There are rules for capturing fighters, trying to rescue them, or them being sold off to the guilders. The Takeover phase is particularly brutal, because you’re trying to take over territory controlled by other gangs, which really shows the struggle at the heart of the campaign.

It’s really quite spectacular, and feels exactly like the sort of blended RPG/skirmish game that provides a truly immersive experience. I’m not doing this justice really, but the narrative that comes out of the book is really quite something, and definitely sounds like a lot of fun!

While the publication of Gangs of the Underhive, and of course the updated hardcover rulebook, all of these books became obsolete. I still haven’t yet picked up the rulebook, but I’m planning to do so soon. I believe, though, that it consolidates everything that has been published with these books, and the gang lists are all rolled into Gangs of the Underhive, of course.

While there was widespread condemnation when GW initially published the new books, given that people had spent a year collecting up these Gang War books to have the rules for all of this stuff, the point of these books was to allow for people to play the game for a year before the full six gangs were released, and they could consolidate everything, making the most of the player feedback over those twelve months to ensure the rules take note of the errata etc. Even though I personally didn’t get to play during this time, it’s still nice to have these books to look back upon, and I definitely made use of them when building my guys back in the day!