Hey everybody,
It’s time to catch up with The Mandalorian! So, rather than trying to write up some thoughts after each episode, I thought I’d just do the odd catch-up blog after a couple, having enjoyed the first three episodes immensely. 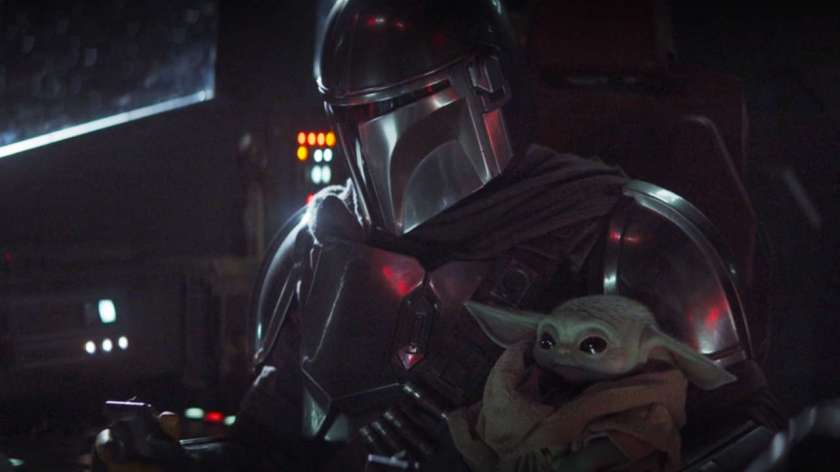 Chapter 4 branches out a little bit, as we follow Mando in his attempt to get away from the Bounty Hunters Guild, who are tracking him for both vengeance, and a chance to take back The Asset. Arriving on the forested world of Sorgan, Mando teams up with Cara Dune, a former Alliance shock trooper turned mercenary, to defend a village from Klatooinian raiders. After the battle, Mando realises that the Guild is still tracking the Asset, and so leaves. 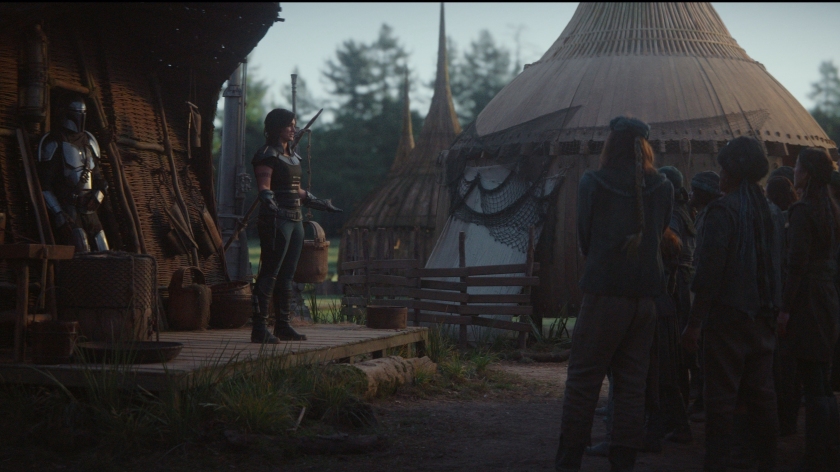 This episode had all of the hallmarks of the classic Western, with the reluctant hero saving the village from marauders. What really excited me was the fact that the whole thing is so small-scale, which meant that the inclusion of the AT-ST walker in the battle was actually something to be worried about. It feels a little bit like this series is serving to enhance the films – I’m sure the next time we watch Return of the Jedi, the chicken walkers won’t be dismissed quite so easily.

Of course, the original trilogy was pretty much entirely told in small-scale, where the Alliance is depicted as just two squadrons of one-man fighters going up against the Death Star, or the small insertion force led by Han going up against the Empire on Endor. I suppose that’s what makes Return of the Jedi‘s final battle seem so epic when you look at the original trilogy in isolation – the limits of film-making at the time have actually served to give us a science fiction trilogy that is almost entirely character-driven, in direct opposition to the movies that have come thereafter. The Mandalorian is helping us get back to that small-scale storytelling, where a lone AT-ST can actually pose a visceral threat to the action.

I think my buddy JP put it really well, likening this episode to an RPG, or a mission from Imperial Assault. It has that feel about it, somehow. Sure, it comes across as a bit of a standalone adventure, though I’m once again wondering about that sense of gathering the crew, and whether we’ll see Cara Dune again before the season finale.

Chapter 5 was both written and directed by Dave Filoni, and I think it really helped me see him in a different light. Up until this point, I was only going off his work on both Clone Wars and Rebels, and I was not impressed. Considering he was George Lucas’ protege, I think he has done more harm than good to the Star Wars universe, by tearing up the continuity and twisting things to his own ends.

Here, we get a much more interesting Filoni, whether because he is now writing for the more mature end of the market, who knows. Yes, there are a lot of callbacks to A New Hope – indeed, you might almost say the episode leans so heavily on the original movie that it is propped-up by it. Mando is almost shot down over Tatooine, as bounty hunters continue to pursue him and the Asset. In order to pay for repairs, he takes a job with the bounty hunter wannabe Toro Calican, who is trying to get into the Guild. The bounty is on the renowned assassin Fennec Shand, who is believed to be hiding out in the Dune Sea.

They apprehend Fennec, but she attempts to drive a wedge between the two hunters, telling Toro that the Mandalorian has his own bounty now. Toro kills her, and attempts to apprehend Mando, but is definitely in over his head, and Mando kills him.

It’s a fairly simple episode, and while it only aired on Friday, there has already been an outcry about a lack of Baby Yoda time. Well, the show is much better than relying on the cuteness factor, for sure! It’s interesting to me, though, at how well the episode manages to integrate itself into the existing movie lore, while at the same time giving it almost an update. Mos Eisley is still a grim backwater, and there is something vaguely 70s about Peli Motto, the docking bay owner. 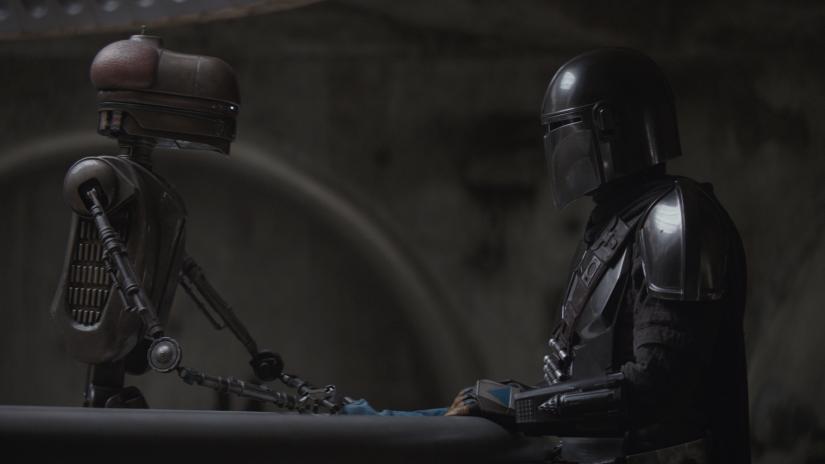 Did we need to rely so heavily on references to A New Hope? Probably not, but it was still undeniably cool to see these iconic locations once again. EV-9D9 appears to be working behind the bar at Chalmun’s cantina now (I wonder if Chalmun has moved on?) and business looks to be decidedly slow, but then the streets seem quieter as well – I wonder if this is meant to show the lawlessness of the Outer Rim, and people are keeping to themselves? Hm.

Coming at the mid-point of the series, I thought it interesting that the fifth episode borrowed so heavily from A New Hope, as that kind of tactic feels like something more appropriate to the first episode, as it tries to hook us in with nostalgia. I also find myself wondering if we’ll be seeing any more “classic” locations before the end of the season…

This show continues to delight me, and I am really looking forward to future episodes. The finale will be airing Christmas week, so I’m planning to do a bit of a roundup of the show sometime thereafter. Stay tuned for that!

One thought on “The Mandalorian (catch-up)”