Hey everybody!
So after a bit of a false-start late last year, I’ve decided once again to try my hand at Blood Bowl. Well, to tell the truth, I’ve been convinced to try my hand at Blood Bowl following the news of a campaign of sorts coming sometime in October. How much of this campaign I’ll be able to take part in, I have no idea, as I’m expecting the arrival of the heir mid-month, but we shall see.

However, I’ve been trying to find out a bit about the game online, and I’ve not really found a great deal of useful information, if I’m honest. It’s also confused with the fact that some info out there is dating back to the old version of the game, and it’s unclear (to me, at least) whether the rules etc are all compatible. So I thought I’d create a sort of sub-blog here on my blog to chronicle this fine journey, as I seek to find out just what on earth I’ve let myself in for!

What is Blood Bowl?
In the game of Blood Bowl, the roar of the crowd and the chance for glory brings together players and spectators from every race in the Old World. On the pitch, tactical finesse meets wanton, brutal violence in a game where anything can happen (and often does!).

That’s how the official site puts it, and from what I’ve learnt so far, that seems to be pretty true! The game was initially produced in 1986, with rules by the legendary Jervis Johnson, and was basically a parody fusion of American Football with Rugby. There is a typically 80s over-the-top vibe from the game, with references to ridiculous violence and outlandish cheating.

Blood Bowl went through four editions up until 2000, at which point the “living rule book” concept took over with updates running through to 2009, bringing some significant changes, mostly along the lines of official teams being added to the line-up.

In 2016, Blood Bowl became the first game to be produced by the newly-established Specialist Games division. Plastic Orcs and Human teams from the starter set have been followed by all manner of classic Old World races, from Dark Elves and Undead to, most recently, Halflings and Wood Elves. 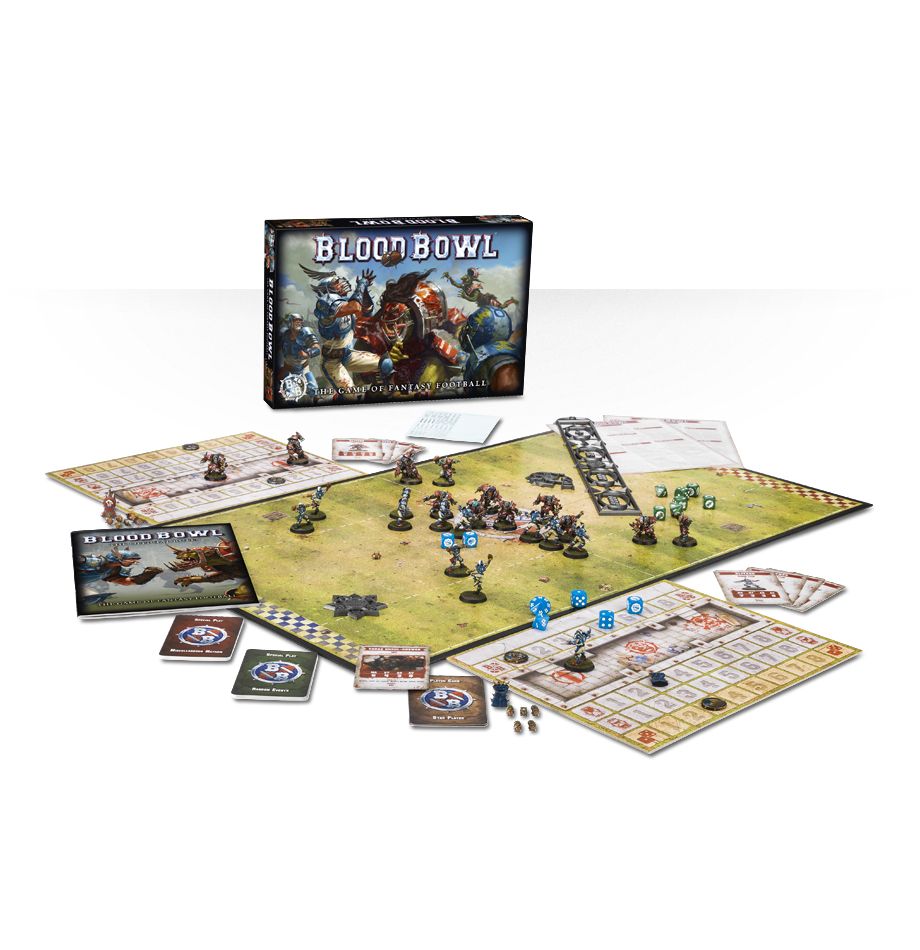 There is a lot going on with this game, it feels. I know a few people who have said it’s like no tabletop miniatures game they’ve ever played before, which is an intriguing prospect for me. I suppose one of the defining aspects of the game is the “turnover” mechanic, whereby a coach’s turn is over as soon as an action they have attempted fails.

Blood Bowl teams, as far as I can tell, have been released alongside team dice, card packs and thematic pitches, all of which were one-off releases. I find this utterly bizarre; it’s a similar situation to the Necromunda gangs, which came out with cards and dice that have since been discontinued. It feels odd to me that they wouldn’t want to keep these sorts of things in stock, and available to gamers. 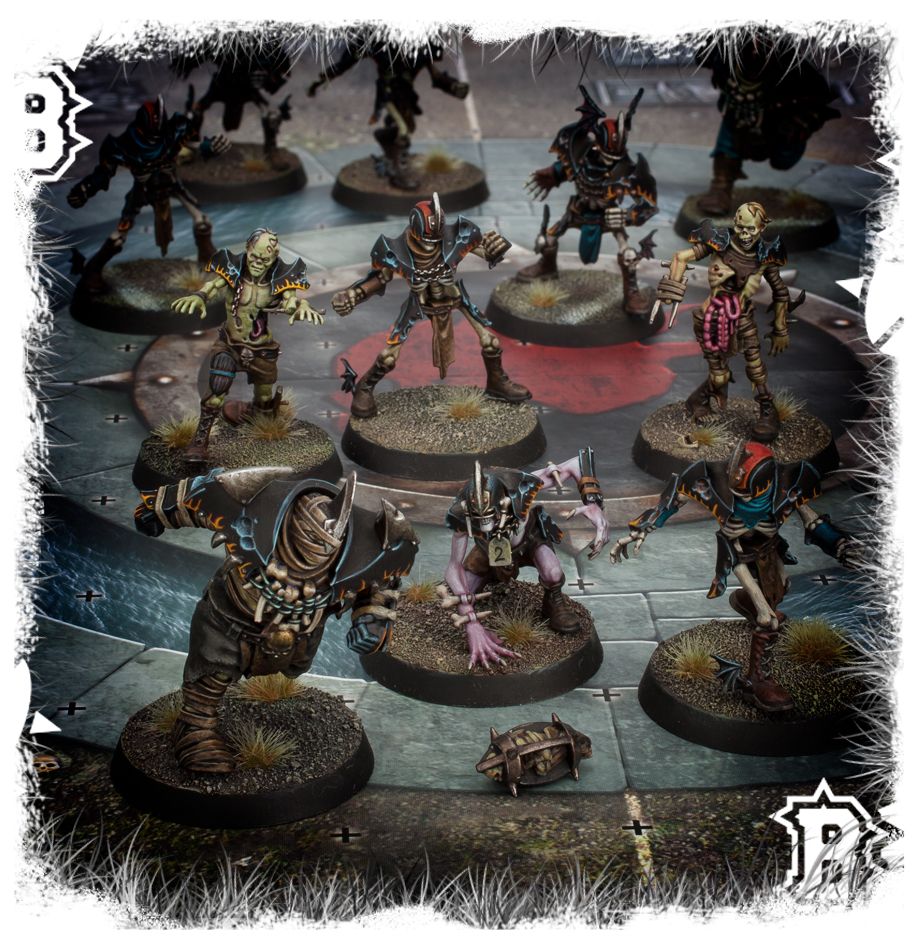 I’ve picked up the Shambling Undead team to get started with, seeing as how I’m currently on a bit of an Undead kick in AoS. While I’ve managed to pick up the cards and pitch for a team that was released last winter, I’m still a bit bummed that I couldn’t get the dice. The fact that I can’t get products like the pitch, cards and dice for teams like the Dark Elves has left me thinking that I won’t bother picking that team up now. Putting aside the foibles of the collector, it’s slightly annoying that the pitches and the card packs contain additional rules for the game – rules that cannot be accessed by players coming to the game late.

There is a lot that I don’t understand about Blood Bowl, and I’m planning to be back here with updates as and when I get through playing the game!

One thought on “Getting Started with Blood Bowl”