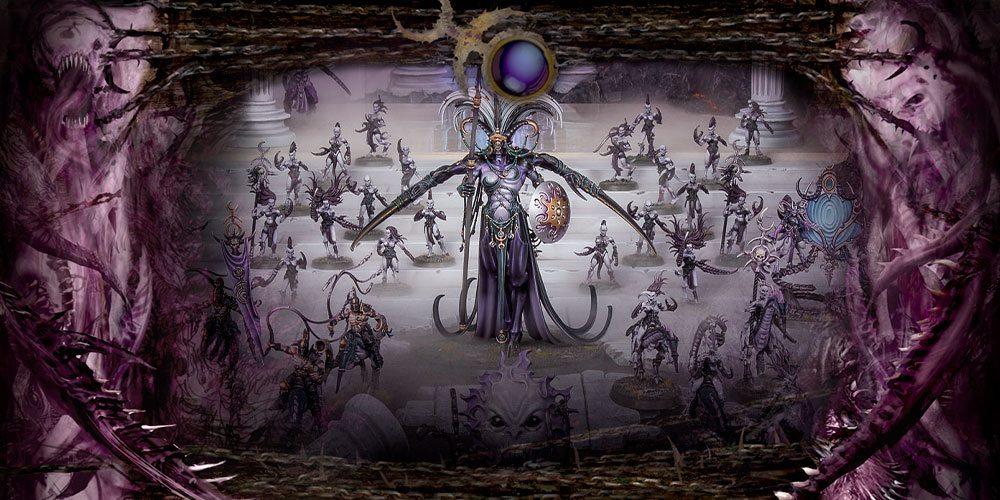 The New Slaanesh is here, folks! I’ve been a bit lax with covering this stuff here on the blog, in the main because it came slap-bang in the middle of the birthday celebrations here.

There are some really fabulous new miniatures coming out for the youngest of the Chaos gods, although part of me feels like we could have done with some more models to properly round the release out. No mortal followers is a subject that has been done to death, of course, but it does feel a lot like the new Keeper of Secrets model has overtaken pretty much all of the other new goodness. While the new model is pretty damned amazing, there is a part of me that wonders whether we could have had anything more… 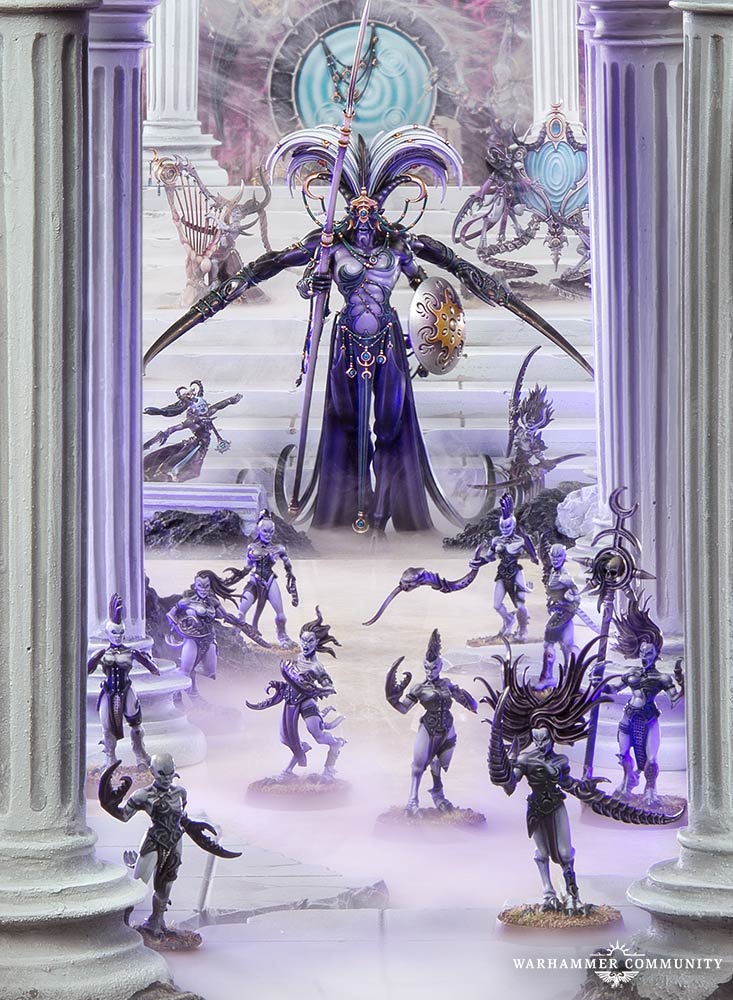 I suppose that having seen some of these new models already – the Infernal Enrapturess and the new Fiends – makes me wonder if that has perhaps spoiled the release a little. We’ve got the new daemon prince, the weird mirror-on-tentacles, and the new Masque model, along with the first ever Slaanesh Battletome, and the terrain piece and endless spells, which are now part of the expected schedule for Age of Sigmar.

I’ve been hoping for a new Keeper of Secrets for what feels like forever, and it really doesn’t disappoint. It has all of the design cues we’d expect for the line, allowing it to blend into the established Daemonette line quite easily and very well. There’s a wonderful sense of presence for the model, and a really menacing feel from the fact it is posed walking forwards quite leisurely – much like the Wracks really, it feels dangerous.

The new daemon prince looks much like any such daemon prince of Slaanesh would – not some horrific daemon, but rather a perfect, honed and muscular specimen that has reached its own level of ascension. It also has the sense of menace from the calmly-striding figure.

The Contorted Epitome is perhaps the weirdest model that we weren’t expecting for the line, and something that I’ve been really interested in getting my hands on. It’s quite an odd beast in that it is basically a wizard, with the native ability to buff models nearby while forcing enemy units to fight last in combat. I’ve heard a lot of talk about Slaanesh units now being better magic casters than Tzeentch, and I suppose these new units do really add a great deal to the force. 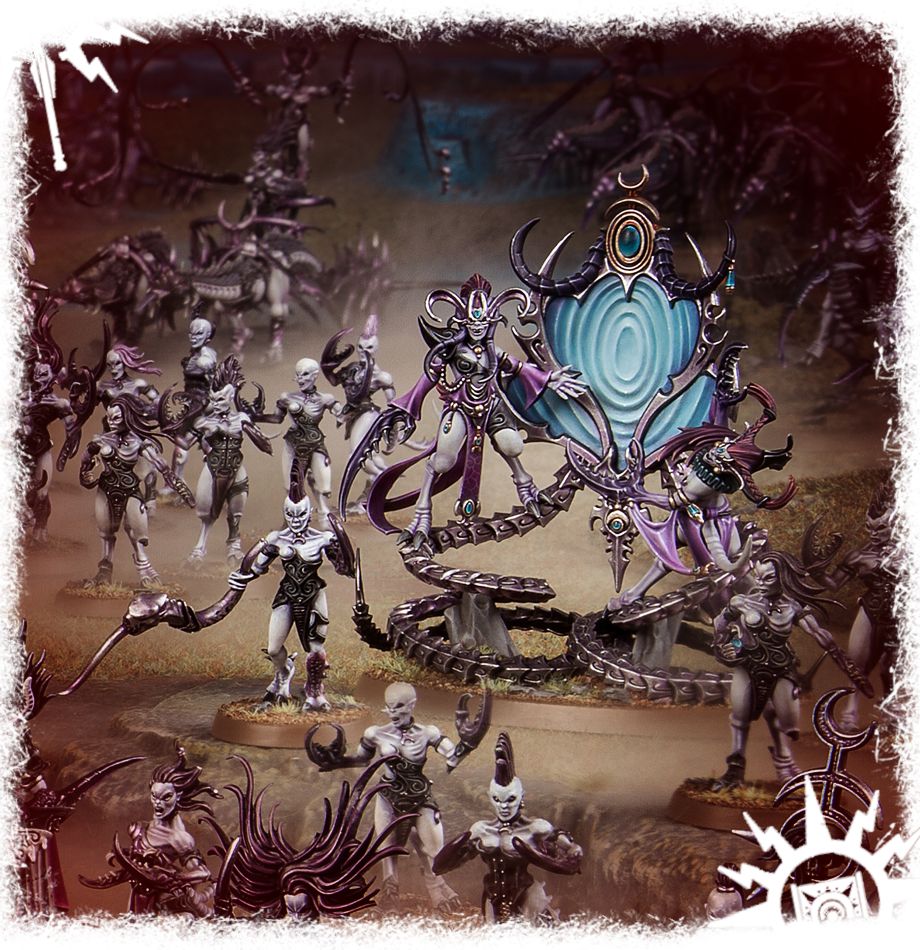 I’ve been struggling, so far, to come up with my own list of a Slaanesh army, though I think so far I’m going with three units of ten Daemonettes, a Contorted Epitome, and possibly a Hellflayer, led by a Bladebringer on Exalted Chariot, all for around 1000 points. Not sure if I can yet fit in any of the endless spells, though I’m not sure if I’d even want them, either. I suppose we’ll see how things pan out as I start in earnest to build and paint the force!

I’ve almost finished with the test miniature for the army, managing to get the skin pretty much as I’d like it, having a basecoat of celestra grey, then warpfiend grey, before a thinned wash of druchii violet and lahmian medium in a 1:3 mix, finished up with a light drybrush of slaanesh grey (because, obviously). The armour was a slightly difficult prospect, as I wasn’t sure how I wanted it to look, but settled on a basecoat of dawnstone, washed with coelia greenshade and then a light drybrush of sotek green. The hair was done in alaitoc blue and drakenhof nightshade, which looks better than the initial attempt with Daemonette hair that I’d made, simply drakenhof nightshade over celestra grey.

I’m quite pleased with how this one has turned out, anyway, so have a box of them to build up and get started with, though I fear the Start Collecting box that I’d made some headway with before Christmas has been packed away now that we’re in the process of selling the house, so it might be some time before I get round to that!

2 thoughts on “The New Slaanesh!”