Well folks, putting aside the Shadowspear hype, this weekend sees a slew of models on pre-order for Khorne, and I’m finding it really hard to resist selling my soul to the Blood God – though I suppose he’d more prefer my skull than my soul, but anyway.

I’ve been considering what I actually want to do about my Chaos Daemons army idea for a few weeks now, alongside how I want to play it with the Chaos stuff coming from Shadowspear. I must admit to be leaning really quite heavily towards the Khornate aspect of Chaos a lot more, recently, and now that we have these beautiful Judgements of Khorne on the way, I think they could very well be enough to seal the deal for me! 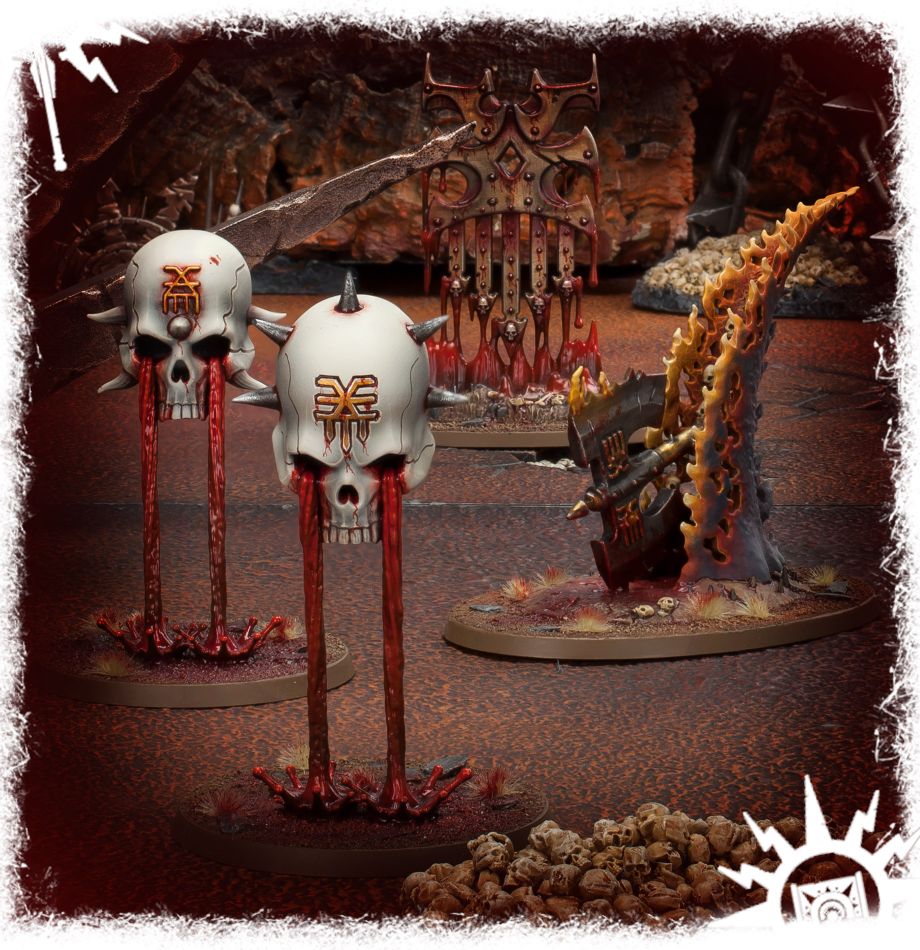 I mean, floating skulls weeping rivers of blood! These Hexgorger Skulls are what has really attracted me to the army, and got me thinking about getting some brutal violence and slaughter in my life!

While I did actually sell off the Khorne side of the starter set back when Age of Sigmar first unleashed itself upon us, I have since been thinking about getting some of the models to build and paint, almost simply because I want to just have them as a painting project. However, since playing (and enjoying) Age of Sigmar, I think this could be the second army that I’ve been looking for! 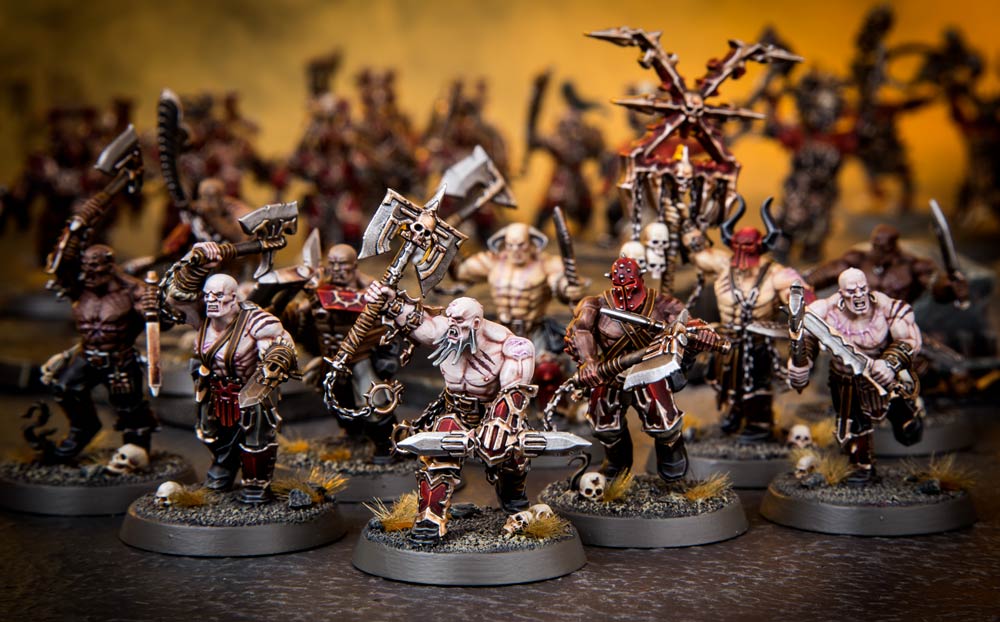 I really shouldn’t be looking at branching out so often with my army choices, I know. There are so many unpainted models in my pile of shame, it’s just unreal, but I think it’s good to keep the variety to ensure things don’t go stale. I’ve talked before about being a follower of Chaos in games such as Warhammer Invasion, and I think this project could well scratch that itch for wanting an army that harkens back to the old Fantasy, while also being a force where I can use a lot of the models in 40k as well. 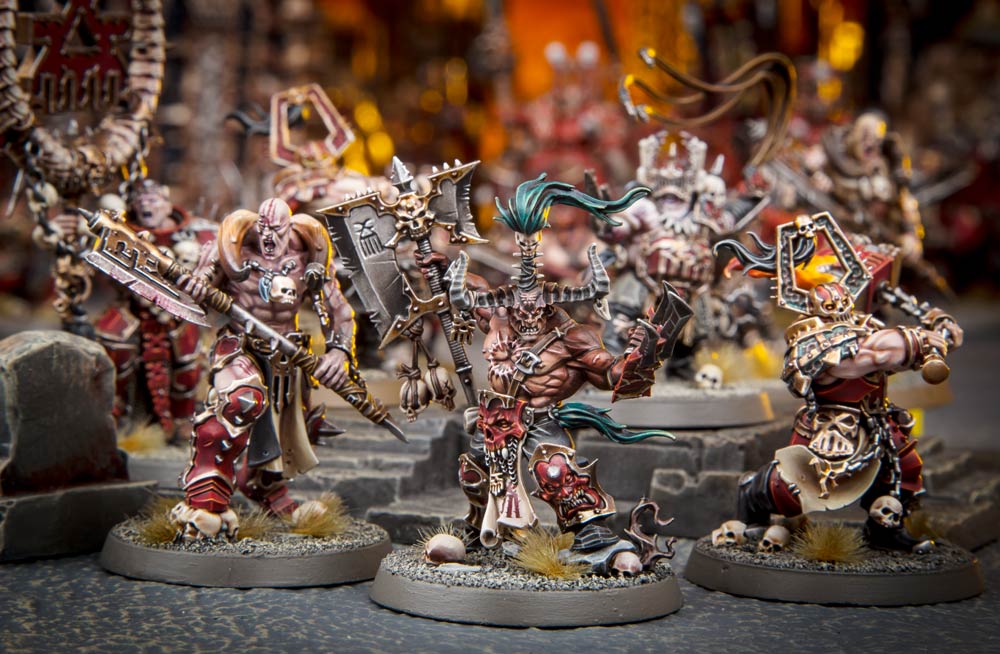 There is a lot to enjoy about Chaos at the minute, between these new models for the Blades of Khorne, and the upcoming Warcry skirmish game, which seems to have a very Khorne-y feel to some of those fighters. I think it could be a good time to get started with some daemonic forces of Chaos, after all!

Can’t wait to get started with all this stuff!

One thought on “Blood for the Blood God!”