Hey everybody!
For the past few days, I’ve been fiddling about with a redesign for my Dark Eldar army, taking the list to 2000 points based on the models I already have fully painted. It’s been quite the task, as I’ve only played with the army using the codex once, but I’m excited to actually bring the list to the table soon!

I’ll be talking about this in more detail this coming week, but in doing this research, I’ve been looking at Eldar Corsairs as one of a couple of possible allied detachments, and I’m actually really intrigued by how this might work out!

In case you don’t know, the Corsairs are a sort of outcast band of the Aeldari in Warhammer 40k, basically more classical pirates than anything else. Following the Fall of the Eldar after the birth of Slaanesh, while the Craftworld Eldar began to lead lives of asceticism lest they attract the gaze of She Who Thirsts, and the Drukhari subsumed their psychic potential and retreated into the Webway, the Corsairs stayed more true to their original life, heedless of any acts of passion.

For a long time, ForgeWorld produced the army much like they do for other factions, but back in 2018 (I think) they discontinued the whole range, meaning that anybody wishing to play them would have to start a serious conversion project. Corsairs have always been conversion-heavy, so I believe, but now the problem is increased!

However, I do like the rules, as I think there could be an interesting slant to the army from using these guys. Let’s take a look!

They have two specific rules that can be thought of as army-wide: Reckless Abandon and Dancing on the Blade’s Edge. Reckless Abandon is probably my favourite, as it allows the unit with this ability to move 3″ in any direction if they inflict one or more casualties on an enemy unit by firing Overwatch. I like the thought of spoiling a charge move in this way, though obviously it would only really work on a squad-type unit making the charge, and there are plenty of ways to get around that. Dancing on the Blade’s Edge allows you to roll 2 dice for a Morale test, and discard the highest (per the FAQ). However, if the test is still failed, +1 model flees.

While the weapon options for these guys are pretty diverse, they all seem to come stock with a brace of pistols, which is an 8″ Pistol D6 weapon that is similar to the splinter weaponry of the Dark Eldar in that it always wounds on a 4+ (except vehicles, which it wounds on a 6+), and any rolls of 6 are resolved at AP-1. They’re 2 points a pop, and 4″ shorter than standard splinter pistols, but that additional point of AP is definitely worth it, I feel.

The Imperial Armour Index only includes three Corsair units: the Reaver band (basic troops), the Skyreaver band (jet-pack troops) and the Cloud Dancer band (jetbike riders). The FAQ does state that the army can still use Corsair Princes or Corsair Barons as an HQ choice, using one of the three datasheets printed in the Index as best describes the model. Additionally, Corsairs can use Venoms and Falcons from the Drukhari and Craftworld codexes. Of course, this does limit the options available to the army, having such a limited pool of units to choose from – back in 7th edition, the army was much more fleshed-out, through the use of Craftworld units alongside Corsair-specific squads. Whether there is any truth to the rumours that the loss of the Forge World upgrades means we’ll be seeing new plastics, I don’t know, but it could be interesting to see if anything will come of this now that the main armies have all had their codexes for 8th edition.

I’ve been faffing a bit with the above allied detachment for my Drukhari, something that can slot into the army with relative ease – though you’ll have to wait for my Drukhari blog before I go further into that!

The dissonance weapons sound like they should be a lot of fun, S5 AP-2 and D3 damage, increasing to S6 AP-3 on the roll of a 6+. Quite how I’m going to get the pieces for these distinctive weapons, given the lack of the proper kit these days, but I’m thinking it might be just as easy to use a counts-as system for these chaps. 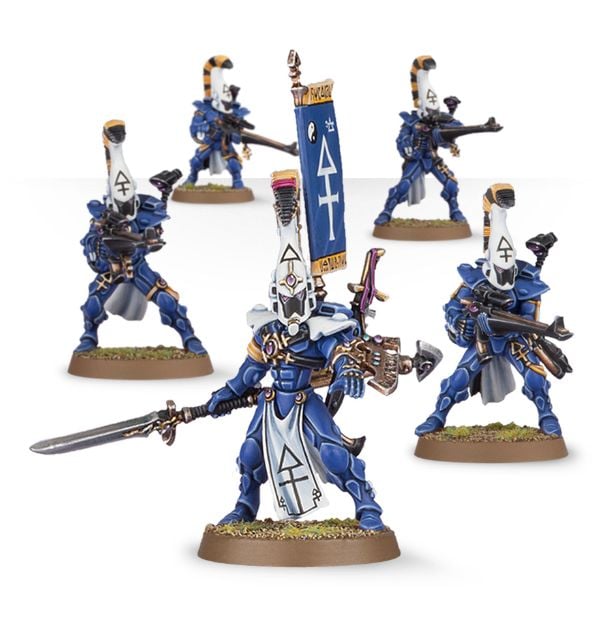 My thought has been to proxy Dire Avengers as the main Reaver band, and then use Windriders for the Cloud Dancers, with the Warlock Skyrunner as the Corsair Prince. 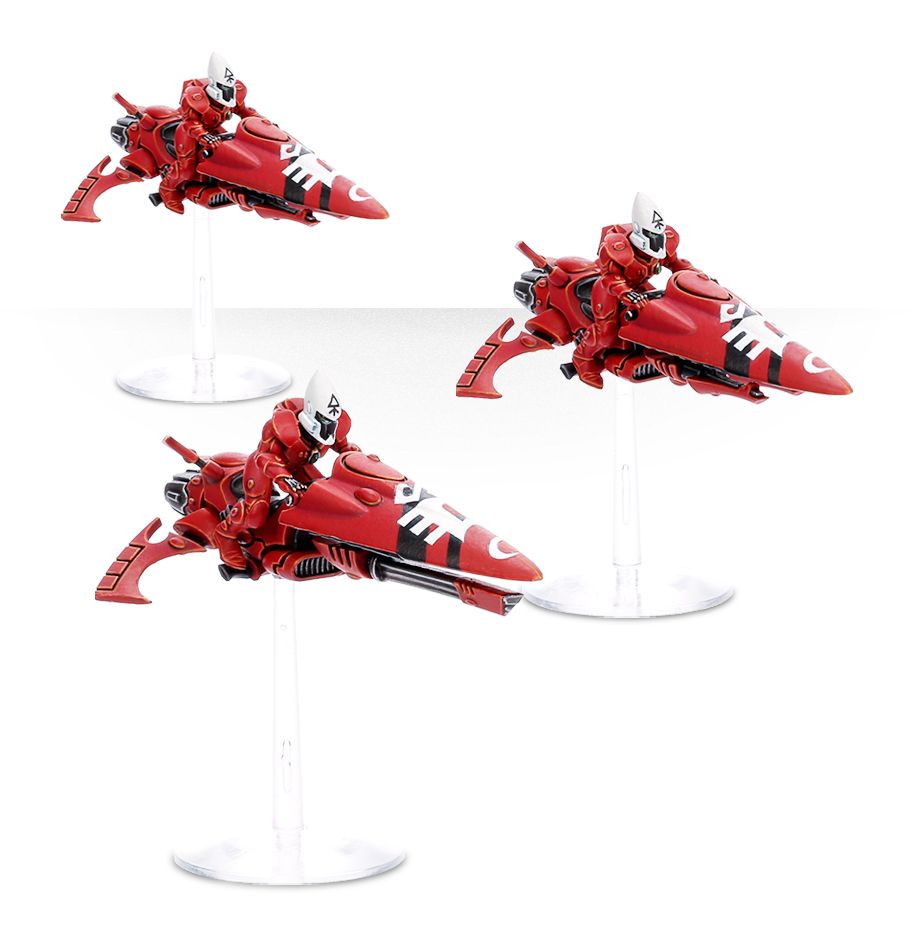 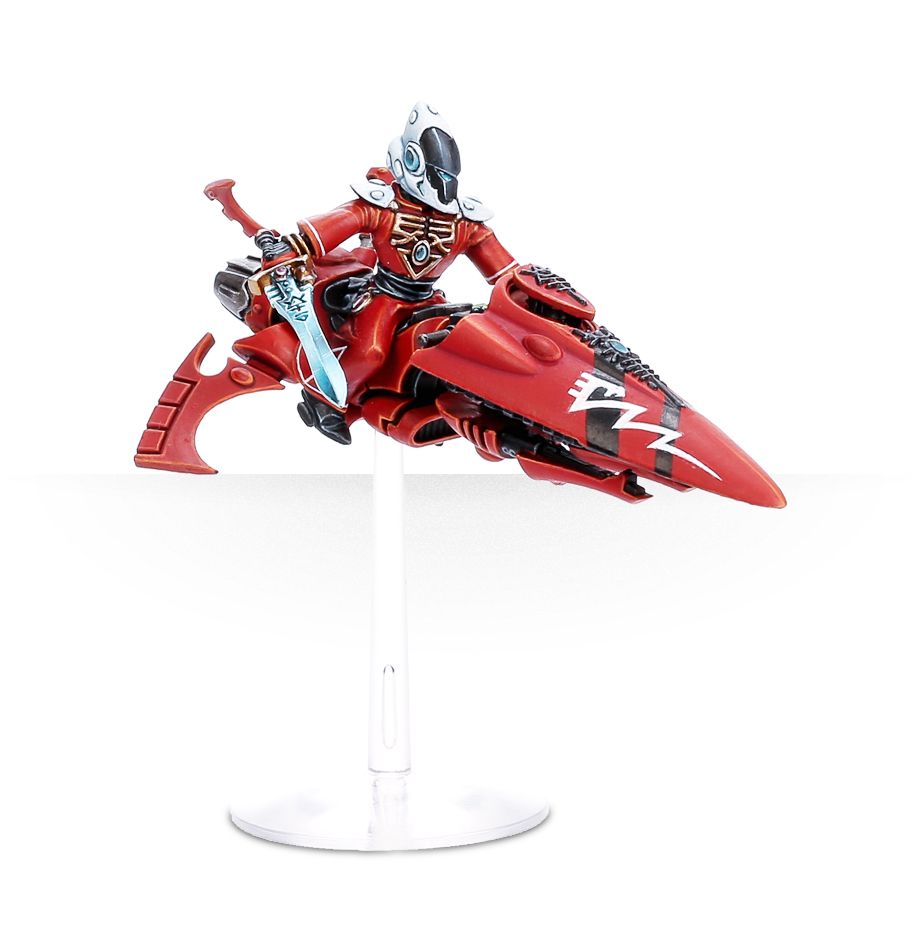 It should be pretty basic, for sure, but I think it will work well enough, and I’m sure I can keep all of the counts-as stuff consistent!

In all honesty, I have no idea when I’ll be able to actually get round to this project, as I have so much on my plate right now with the Great Reanimation of my Necrons, and the Skitarii project that I’m still persisting with. But hopefully I can get some space pirates onto the table with my Drukhari soon!