Hey everybody!
It’s New Year’s Eve, so what better time to start talking about my next big new project?! I’m not about to go down the whole route of “2019 will be the year of…”, but I do want to start thinking about working on something that will be quite new (well, kind of) for the year ahead, alongside all the other stuff I’ll no doubt continue with. For 2019, for me, that new project is going to be Chaos Daemons – specifically, the opposing forces of Khorne and Slaanesh! 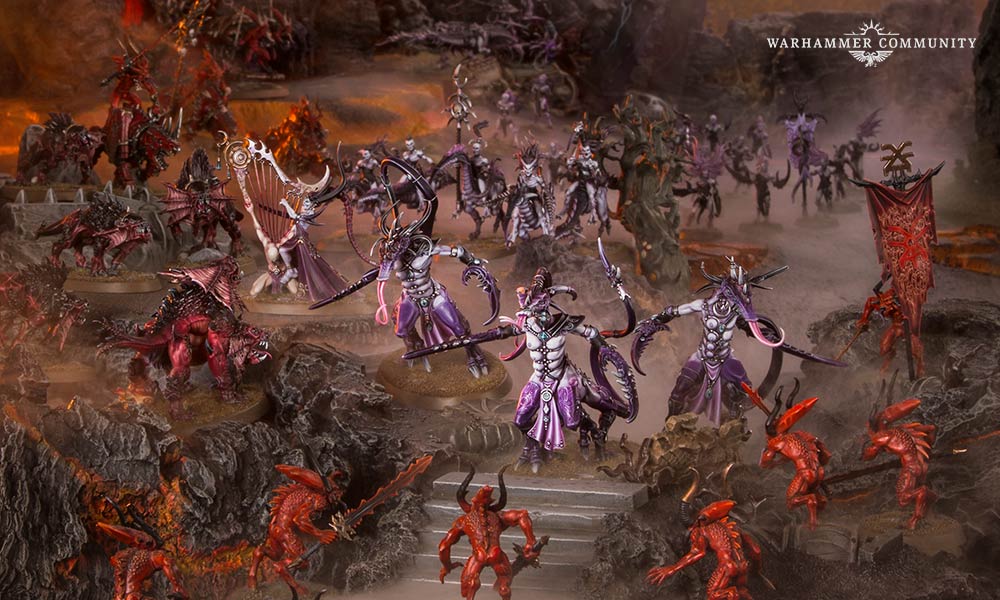 I’ve always wanted a Slaanesh daemons army, and for years have been buying daemonettes, only to then sell them off again, most recently over the summer this year, when I sold off all of the daemons that I’d bought for the project, instead just trying to focus on a couple of armies. Well, I’ve come to realise that I’m never going to be a one or two-army guy, but enjoy having a number of small forces, as they provide a useful way to stay focused on the hobby. When the previews for Wrath & Rapture started, it got me thinking again about those daemon plans, but oddly enough, the thing that really tipped me over the edge into getting back into daemons was the new Grey Knights project that I’ve now started working on!

At any rate, this month I’ve bought myself a couple of the Start Collecting boxes, one for each force, and for the time being I think they will be sufficient for my purposes here!

I’ve designed a list for 40k that will basically involve throwing all of my units into melee as quickly as possible. An all-melee army is something I’m not really used to with 40k, being a Necrons / Dark Eldar player, so it’s got something going for it there as a novelty factor! There is very little shooting in the Chaos Daemons book, especially if you’re staying god-specific, so I’m thinking that I will doubtless be using this list in conjunction with all of my Cultists that I’ve got plans for, pretty much in the manner of having the humans alongside the daemons they’ve managed to summon into the world.

Purely speaking about the daemons, however, I’ve got two very distinct lists that should look pretty good on the tabletop, I’m thinking.

I do like a lot of infantry, as I’ve mentioned a number of times recently, and this list definitely allows for a lot of bodies on the ground! Chapter Approved has been really kind to Daemons, and Slaanesh in particular has seen a number of points reductions – before CA landed, this list cost 975 points, but the Slaanesh units have seen enough drops that I’ve got a significant number of points back – I could easily get some Seekers in there now, or maybe a Skull Cannon if I wanted to try for some much-needed ranged firepower…

I mentioned the fact that I’m melee-heavy, and I think this is something that really interests me in this particular build, because it’s the sort of army that I will need to change my playstyle for. I wouldn’t say I tend to play games without lots of cover, but being mainly a shooty kinda guy, I think I always tend to look for the open spots to take advantage of my ranged weaponry. Now, I’ll need to learn how to use cover more to my advantage, and move up the board preserving as many units as possible. So that will definitely be interesting.

I have always wanted this sort of army, though – I think it stems back to my love of the card game, Warhammer: Invasion, a game that I still need to get on this blog at some point! I would almost invariably play Chaos though, and with as many Slaanesh cards as possible, followed up with as many Khorne cards. The Bloodletter artwork has always been somewhat iconic for me, so having an army with those daemons in it is definitely a long-held dream of mine! 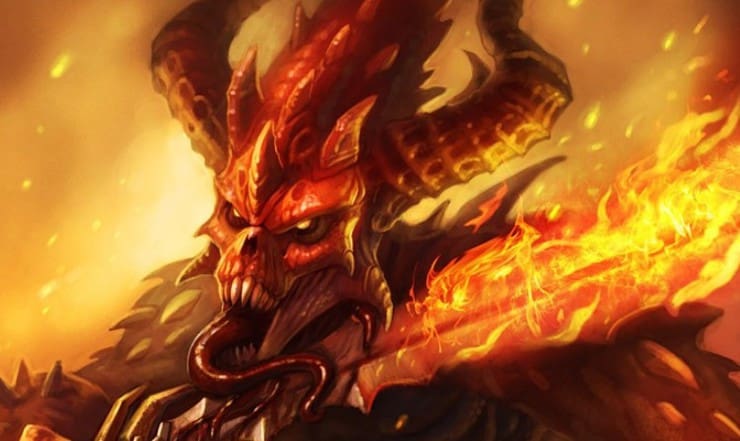 I would also like to get the Greater Daemons in this list at some point – maybe if I took it to 2000 points I could manage to take the Cultist contingent alongside more daemons. I suppose that will be decided when GW decides to release a plastic Keeper of Secrets, though. I keep hearing rumours every so often, but I wonder if they were perhaps mistaken for the new Fiends. Wrath & Rapture does make me wonder if there are more wide-ranging plans for new Slaanesh, of course, so hopefully we’ll be able to get something to replace the awful finecast soon! (I don’t mean that in terms of the fact I hate finecast – the model is just ridiculous, and not in a weird way that I think it would work for Slaanesh, either!)

Bringing things up to 1500 points, though, will be the Chaos Cultist contingent, so let’s take a look at that right now. I’ve been through several iterations of how I want this list to look, but for the time being, I think I’ve struck on the version that will be the most enjoyable for me to build and paint.

There are still a decent number of points left over here to cope with any additions that I might want to make, but I think it should be a good, solid base for the army build overall. There’s a healthy use of some Blackstone Fortress miniatures, and the interesting addition of a Maulerfiend – a model that I was only tangentially aware of until I picked one up while browsing my local store recently. While I don’t intend to keep things separated on the battlefield, in my head it makes some nice sense to have a heavy beatstick in with the Cultists when they’re in melee, so it will act like a protection for them. The exalted champion is only really there because I like the model, but I’ve been thinking about changing him out for Obsidius Mallex – the only thing keeping me from doing so at the moment is that I want to keep the BF models as their own thing.

Talking with the manager of my local GW the other day, it seems that the Blackstone Fortress models are going to be released as their own thing to mark the 80 days for Vigilus to fall thing that we’ve got going on right now. Whether that means we’re getting just the multi-part Traitor Guardsmen etc, or if that specific range will be released with more models alongside it, I have no idea. I do hope that we see more new weird Chaos stuff like the Rogue Psykers and Negavolt Cultists, as those models are really opening a door to all manner of weird and wonderful stuff. I’d assume we’ll also be getting the second campaign book, wherein we’ll be getting more official 40k rules than came in the pamphlet within Blackstone Fortress, as I can’t imagine Traitor Guard will be stuck in that specific 7-man configuration forever. So I may well be re-writing the Chaos Cultist part of this list very soon!

I’m choosing to field this detachment as a Renegade Chapter, rather than going for one of the named Legions, so they get to advance and charge in the same turn, which is useful for the fact there are so many melee-orientated units in the list, so it’ll keep the theme going from the daemonic part of the army.

I’m really excited for a lot of the projects that I have on the go right now, and I think this one will really be a nice one to have going on in the background while I work on the other stuff that I want to get finished in 2019!