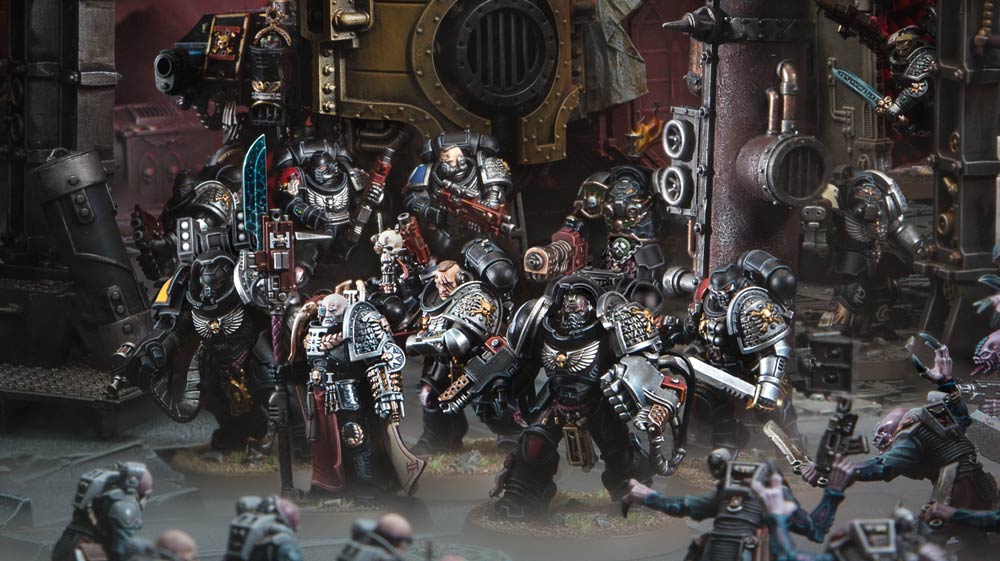 Hey everybody!
I seem to be in a bit of a reflective mood of late, looking through a lot of the armies that I’ve had built but not necessarily ones that I’ve been doing a great deal with for some time now – today sees me turn this attention on the Deathwatch, a force that I was really excited for back when they first arrived on the scene with the Overkill boxed game. Having painted up a number of units rather quickly, they’ve since been left to gather dust, so I thought I’d take a look at what I have, and see where I can potentially take them!

SUFFER NOT THE ALIEN TO LIVE!!! #Deathwatch #SpaceMarines #Warhammer40k

Imperium armies for me have, for some time now, been confined to the smaller-scale things like Tempestus Scions or Skitarii. Certainly, I don’t think I’ve painted a single marine since I moved house 18 months ago…

My Deathwatch force is pretty much as you see it above, anyway, and on paper looks something like this:

My Deathwatch army is a bit of a mix of a couple of squad ideas that I’ve built up initially, then picked a couple from each to paint. So there’s the original Kill Team Cassius from Deathwatch: Overkill; there are the veterans from Death Masque that came alongside Watch Captain Artemis, along with the Vanguard Veterans and Venerable Dreadnought from that box; there are also a group of Veterans that I built to represent Kill Team Excis (the original Kill Team from the Overkill storyline, who had stats in White Dwarf back in September 2016), as well as some odd bits like the Deathwing Terminator and the Black Templar that I built out of bits from their upgrade kit that I found online. So it’s quite a mixed bag!

I do have a number of unpainted miniatures, though, which I have been thinking about returning to at some point, as I would like to make these guys into something more like a playable army. Having played against Deathwatch a couple of times, I would like to wield that kind of power rather than be coming up against it, for sure!! The kind of army I think I’d like to have would be something along the lines of this:

It feels, to me, like a well-rounded force, capable of doing enough interesting things to, well, keep me interested!

So it’s a little over 1000 points, but hopefully that won’t be too overbalanced if I want to try it out in some games once I’ve gotten going with it. Pretty much all of these models have been built and primed, as well, with just the Watch Master that needs building. I think, of the 20 models in the army, I’ve got 9 of them painted, so 45% completion isn’t too bad! It’s certainly a good start, I feel, although I may well find myself swapping out things as time moves on.

I’ve also got another Veterans sprue that I can build, so I’m thinking that I might wait for a bit, get some games under my belt with this army, and see how well it works and what I might need to add in to the force before I go and build those. I do like the idea of building up the sergeant to have a xenophase blade, though, as it has become quite an iconic piece of wargear since it has now featured on the cover of both Codexes!

I think I've got these to as far as my skills will take them! #Warhammer40k #SpaceMarines #Deathwatch

I do enjoy these guys, as the models are so wonderfully detailed, and the results of the gold and other bits against the black armour is really quite striking. There are definitely a lot of options for painting these guys to look really good – I think the black base really lends itself well, in that respect, and it makes not only the gold pop out, but also the chapter iconography that adds some colour to the force. 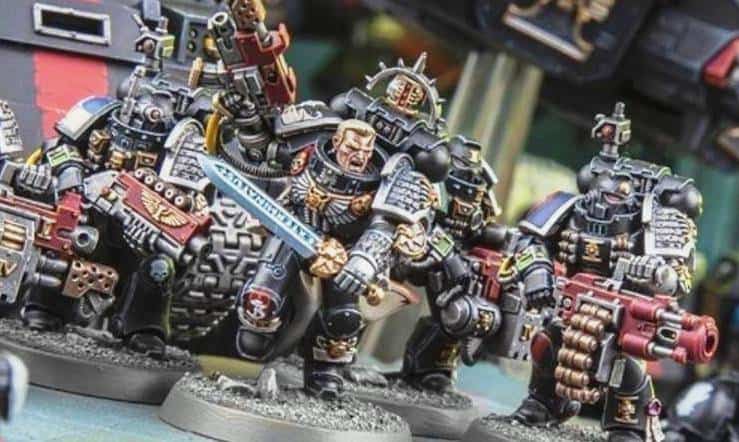 I’ve not yet played an Imperium army in 40k, despite having several on the go, so I think it could be fun to try out something different for a change!