Hey everybody!
After trying to resist for so long, I think I’m once more getting myself into the fantasy setting of Age of Sigmar, having very recently sold off pretty much all of my fantasy projects in order to focus solely on 40k. Oh, will I ever learn?! I’d been hooked in when the Beastmen previews were going up last month, that Herdstone looked just too good to pass up! So after collecting up a small force of goat-people, I’ve been doing a bit of research into the whole thing, and have recently really fallen into the Mortal Realms once again! 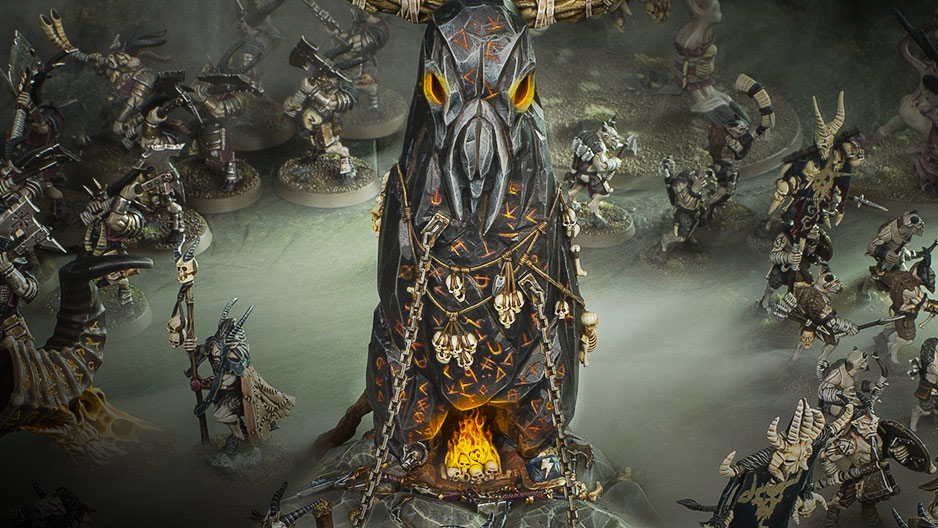 I suppose there’s just something that really speaks to me on a very blunt level when it comes to the fantasy miniatures from GW. Of course, plenty of the minis that were around back when I was getting into the whole thing have since left the range, as they bring out better and better sculpts. Several times, I’ve found myself thinking about getting a Slaanesh daemons army, and have come very close to both Daughters of Khaine and Idoneth Deepkin. My current love of Beastmen, however, has since been supplemented with a real fascination with the Nighthaunt range, and I’ve been busily building and painting a small force of these ghosts in order to try out the new edition.

These spectral guys are just fantastic, and while I have previously built up some of those spirit hosts and done precisely nothing with them, I think now is the time to really get into the swing of things with this army. I’m still definitely feeling that hobby goodness that comes from having a new project to enjoy, at any rate, so I’m excited to share some progress with you all here on this very blog!

But that isn’t to say that I’m abandoning 40k – far from it! I’ve recently been re-evaluating my whole gaming situation, and have tried to get rid of a lot of things that I own but no longer get any enjoyment from. Included in this, of course, have been several Warhammer kits for armies that I either already have a model saturation for, or else I have fancied building but have just never managed to get anywhere with them. Space Marines is a chief casualty there, as it happens. I do still want to get my small Novamarines force off the ground, of course, but I think I can get by without thousands of the blighters waiting in the wings…

Dark Eldar, Necrons and Tau will forever be a big part of my collections, but I have been dramatically thinning down everything else that has been hanging about.