So, this artwork debuted on the 40k facebook page at the weekend, followed by an extremely exciting article that talked about the next “battle box” coming for 40k, Tooth and Claw. Genestealer Cults vs Space Wolves, in bloody battle for the planet Vigilus. Similar to Forgebane from earlier in the year, we’re getting a lot of repackaged models, along with a couple of new bits – this time, we’re heavily weighted to the Genestealer Cults, with the new Aberrant multi-part plastic kit, as well as an Aberrant character, and just one new Space Wolf.

It’s an interesting way to do these kinds of releases, though I have to say I’m a little bit sad that we aren’t just getting the new kits themselves. I do appreciate the fact that we’re having the story advance and whatnot, and ordinarily I love these kinds of narrative-driven boxes, things have changed for me in that I can’t go throwing my money at all the new releases anymore. I’m guessing we’ll see things released separately in time, but that new Cryptek from Forgebane still hasn’t made his clam-pack appearance yet, has he? Hm.

At £90, though, the box is an absolute steal. Assuming the Primaris stuff is not the easy-build kits, the existing models total £148 (though you can’t get the Intercessor combat squad online anymore, so it’s a little bit weird in that regard…) which is just nuts when you think the Aberrants are likely to be around £30 at least, the Abominant will probably be £18, and the Space Puppy around £15… That’s nuts!

Having a Genestealer Cults army already on the go, this box will be a blessing – I’ve been wanting to get some more Metamorphs for a while, and nearly bought some on Friday when I was in the store, so that’s kinda negated now. I already have the Acolyte Iconward, but I’m sure I can either have another or just sell him on. I absolutely love how over-the-top ridiculous the Abominant looks, so can’t wait to add him to the force, as well as having more options for the Aberrants – I think this might finally tip me over the edge into including them in my lists…

It’s the Primaris stuff that’s kinda bothering me, as I’ve recently built a kill-team and decided that I might actually like to have an army of these chaps. I’ll definitely keep the Redemptor, because I’ve been holding off getting one of those for a very long time already. I already have Aggressors, so will probably get rid of those, and will definitely be off-loading the lieutenant chappie as I don’t collect Space Wolves. The Intercessors though… Maybe I’ll keep them, to bulk out the guys from Dark Imperium and the like. I suppose we’ll see.

At any rate, the story sounds like it’s going to be a significant addition to 40k lore, so I’m looking forward to reading up on the developments – indeed, I think 8th edition has done wonders for setting up a more interesting and cohesive narrative for the lore, no matter what people might think of the Primaris stuff. Personally, I like the look of them, so don’t mind it at all, but I know some people are a bit unimpressed, so may not think the same. I’m definitely enjoying the fact that GW are just making efforts with the storyline this time, rather than what seemed to be the case in 7th edition when I jumped on with 40k. 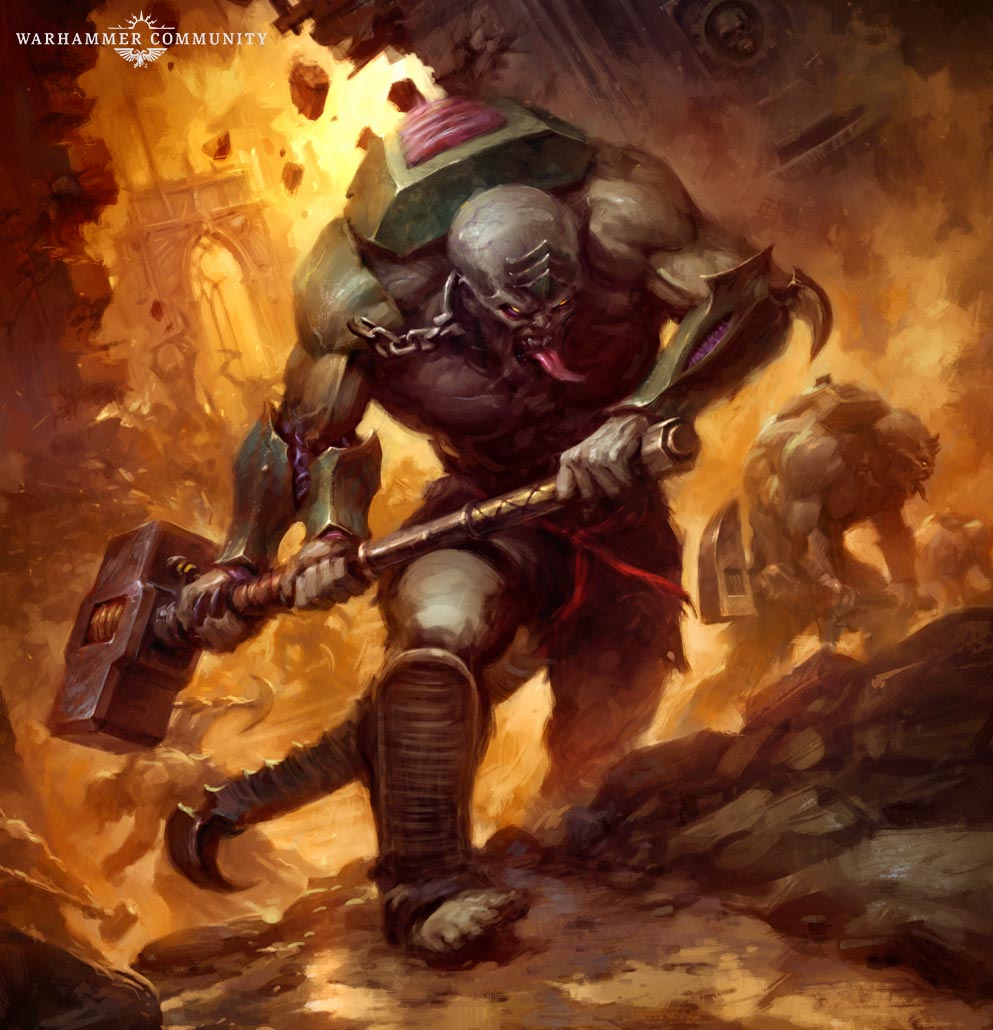 Also, interestingly, there seems to be mention of Orks on the planet, who like to race in the deserts. Gorkamorka it may not be, but I’ve recently been seeing what looks like the next small-box game coming out:

5 thoughts on “Tooth and Claw”