Hey everybody!
So it’s probably escaped nobody’s notice that last week, Games Workshop announced the second edition of Warhammer: Age of Sigmar. I have to say, I really didn’t see that one coming, though I suppose I’ve been so focused on 40k for so long now, I’ve not really been paying much attention to anything going on in the Mortal Realms, so there is that…

I’ve only played AoS twice, back in 2016 I think it was, so I’m not really all that invested in the storyline or anything. But it seems that Nagash has grown tired of Sigmar stealing the souls he sees as rightly his in order to forge and re-forge his Stormcast Eternals, so the lord of the dead launches his grand offensive against the god-king of Azyr. Or something like that. It all sounds a bit like the End Times from back in the day, when the Nagash model first came out and wowed us all with its majesty!

Well, they’ve obviously built on that majesty, and created a whole range of stuff that looks simply fantastic. We’ve already had a lot of this stuff previewed back during Warhammer Fest, and I am still mightily impressed with it now as I was back then! I suppose I don’t really have the excuse to buy into the Fantasy world once again, having thrown so much of myself into 40k of late, but I think it’s going to be tough to resist such beautiful models for long!! 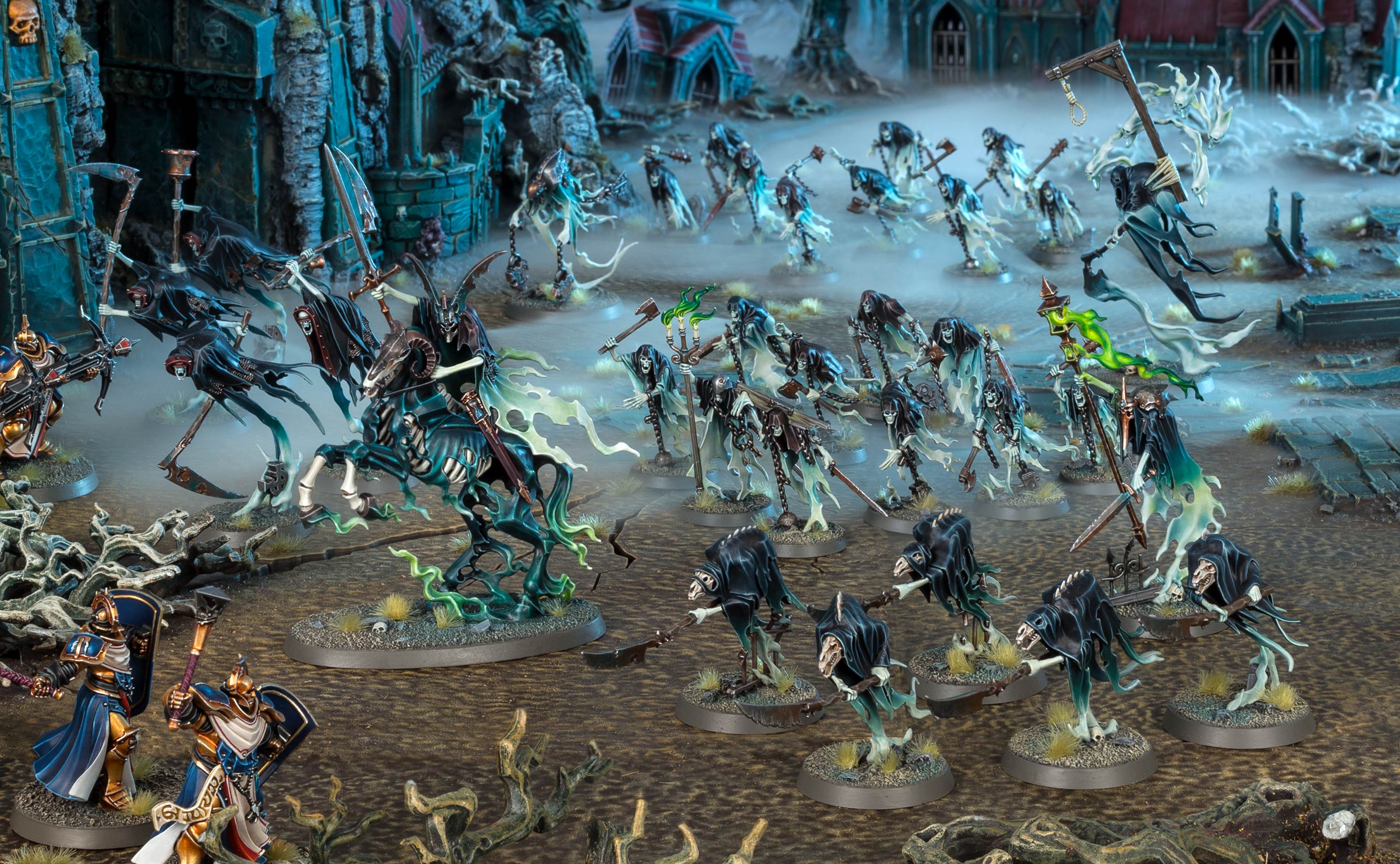 There is definitely something about Warhammer Fantasy that keeps drawing me back whenever I think I might have made an escape. I suppose, being the first contact I really had with Games Workshop, it will always hold that special place for me, and I think I’ll always have an interest in the world, even if I never get round to playing a game with these models.

At £95, I just can’t really justify spending the money on a box of awesomeness right now, even if it is so damn awesome. But who knows whether I’ll make it back to fighting in the Mortal Realms once more…?