So, one of the things I wanted to achieve with this post was to share the fruits of my labours in researching what all of the various bits and bobs are that you find in the various Tau kits. Having spent many a long and drawn-out hour trying to discover what part represents a certain support system, for example, I thought I’d try to pull all of that together here, both for my own future reference, and also in the hope that it might help any budding Commander out there! 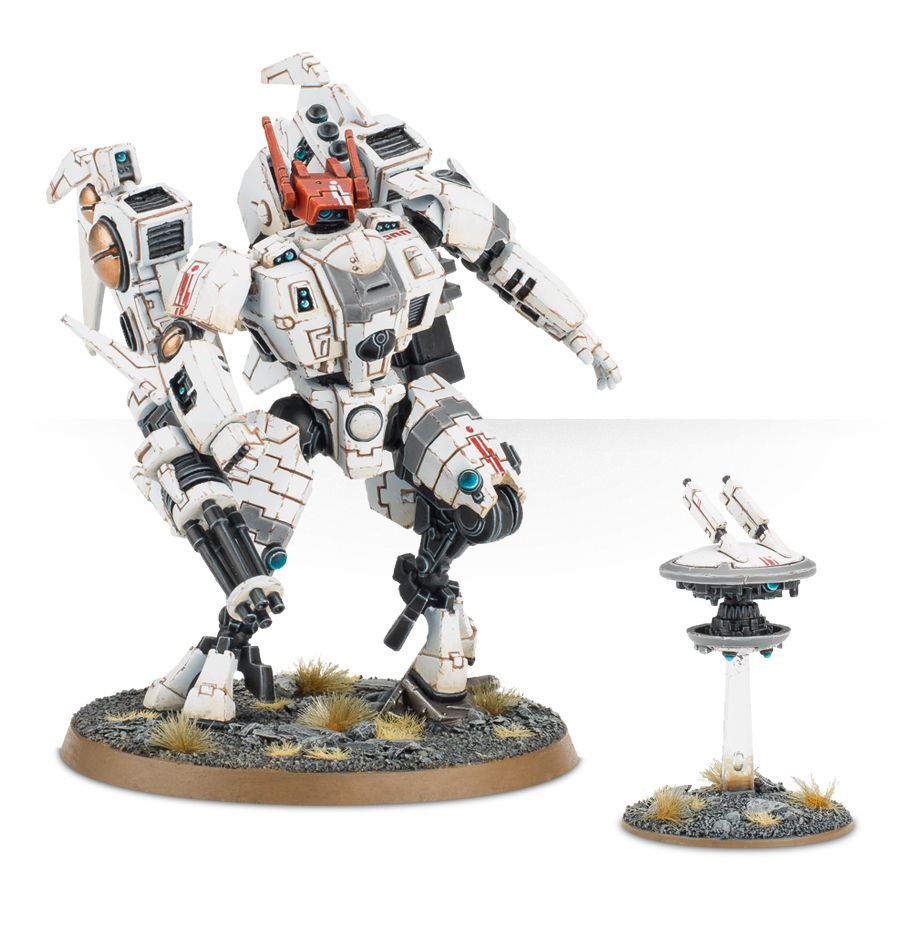 Speaking of which, let’s start with the Commander kit, which has all manner of bits that you can use to kit out not only the warlord for your army, but also any Crisis Suits that you want to field, and even some of the bigger stuff like Ghostkeels and Broadsides. It’s definitely worth getting hold of at least one Commander, not least because he’s actually a really awesome model, but because of this cross-pollenation that you can have.

As far as the support systems go, however, we get three of them in this kit, along with an older piece that is still around, just no longer classed as a support system. From left to right, then, we’ve got the Shield Generator, the Target Lock, the Velocity Tracker, and Positional Relay. That last is now a 2CP stratagem. These bits are numbered 66, 48, 50 & 51, and 49. 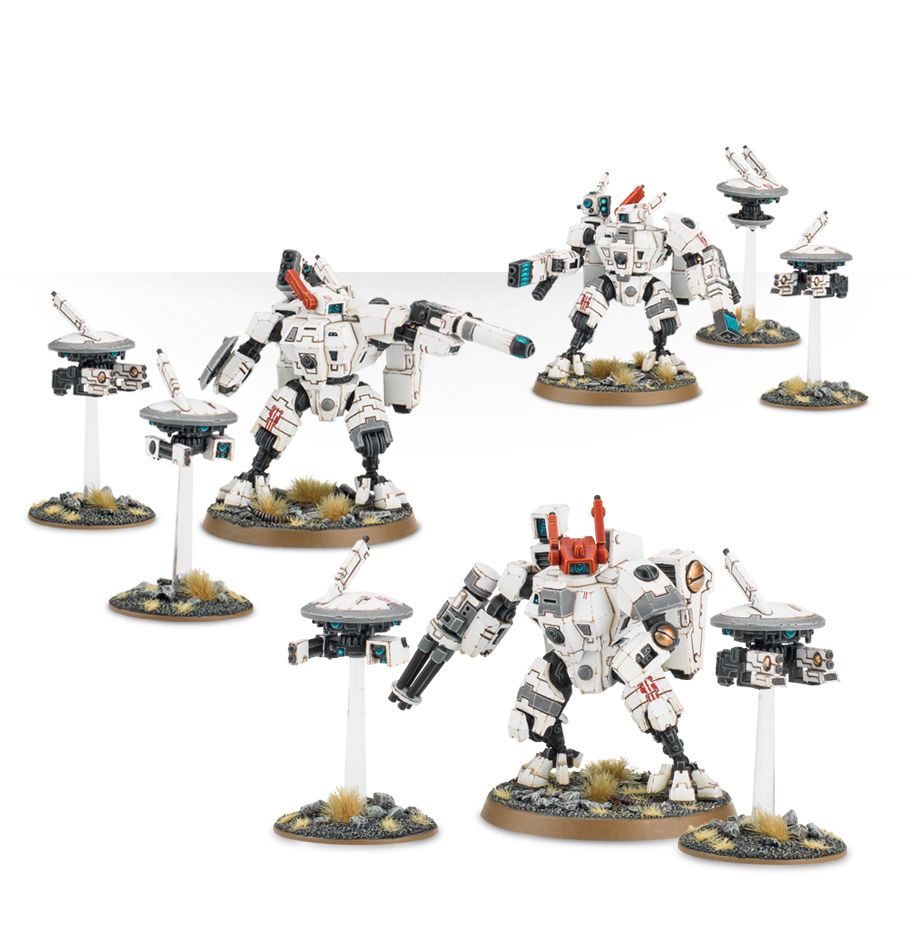 The Crisis Suit set is another of these amazing bits box kits that has almost everything you could want to kit out all manner of battlesuits with cool stuff. The price is, of course, a bit silly, but fortunately Tau have one of the most useful Start Collecting boxes in so far as, for an extra fiver, you get a 10-man troop choice, and an HQ choice. Why Crisis Suits are on sale for £45 when they’re also in the Start Collecting box for £50 is beyond me, but there we go! As there are three of them in the box, you get almost everything in triplicate, though the support systems are more of a general mix. You do get three Shield Generators, and two Target Locks (part 74 on the sprue), along with this small array of other interesting stuff:

From left to right again, we have a Counterfire Defence System, an Early Warning Override, and a Multi Tracker. The Multi Tracker is a single part (73), whereas the other two are made up of the stalk-piece, and the face-piece. There are two stalks (part 75), and the pieces to make one Early Warning Override (part 76), one Counterfire Defence System (part 77), or one Velocity Tracker (part 78, not pictured).

We’ve now seen six of the eight support systems, so where are the other two? 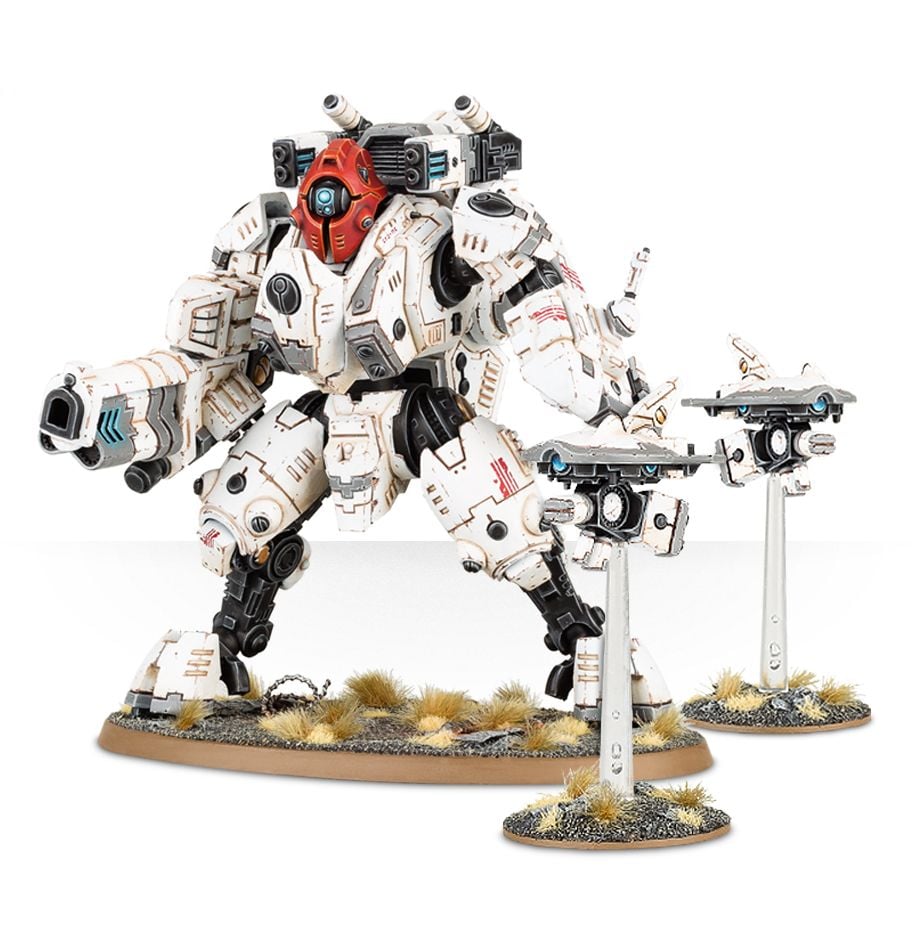 The Ghostkeel is up next, which has a couple more bits and bobs that are useful for keeping hold of! (Of course, you should never actually get rid of any bits once you’ve built a kit, but that’s a whole other story…)

In addition to having parts for an Early Warning Override (parts 72 & 73 on the sprue), the Ghostkeel is one of only two miniatures in the plastic Tau range that has the Drone Controller bit, which is the little bulb-and-antenna you can see on its left arm in the picture above. The other kit is the Stealth Suits, which you can just about make out on top of this chap: 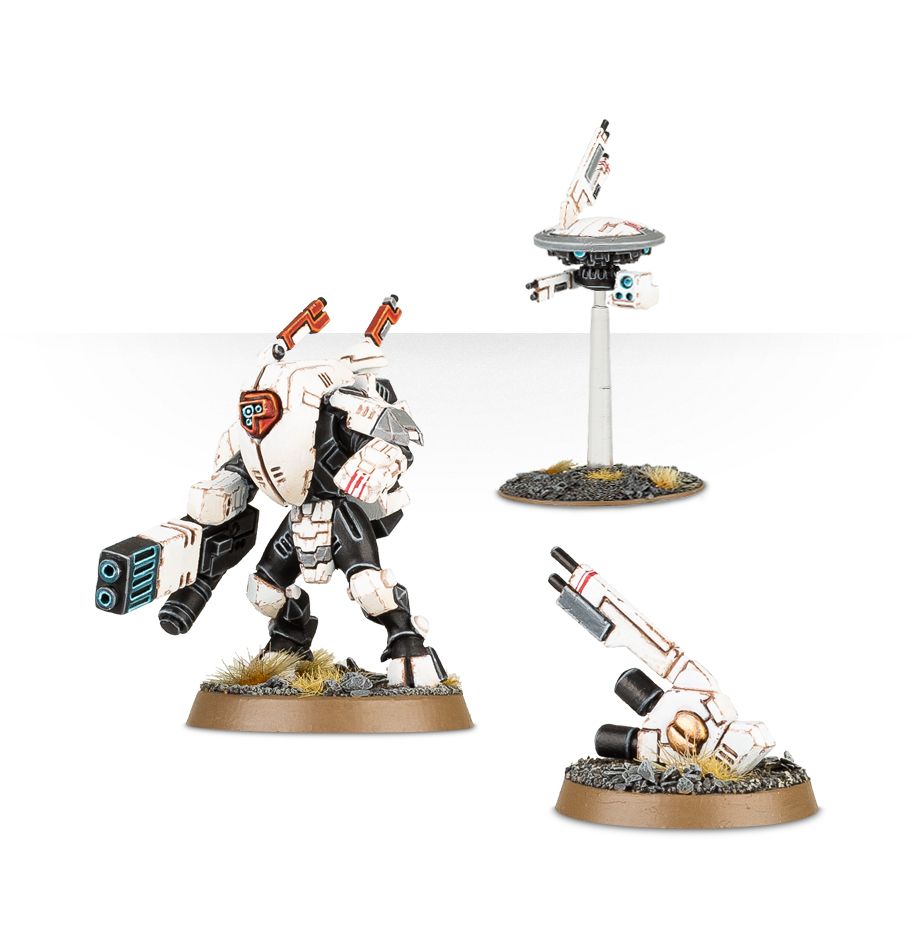 Which leaves us with the final piece of support system tech, the Advanced Targeting System. Well, that doesn’t actually have a bit for it in the range, and while I’ve seen some people use leftover XV8 heads with an antenna glued on, others will argue that it’s more software than hardware anyway, so would be hardwired into the suit itself. For those of us who like to go for a little more modelling fun, though, I suppose you could use anything with antennae stuck onto it to make it look the part!

So there you have it, the list of Tau Support Systems that are on offer from the plastic range. It’s worth pointing out that you can also get these bits in the Broadside and Riptide kits, and while I don’t have one personally, I think the Stormsurge also has a couple of things in there.