Hey everybody!
I’ve been back and forth on this subject for a couple of weeks now, but I’ve finally found the time to sit down and work out just what I’m doing with my Tyranid/Genestealer Cult army. Remember this?

Tyranids are an army that has appealed to me almost from the start, but I’ve always had something else going on. For 2018, however, I decided to throw my lot in with the bugs, and finally set about creating a Tyranid army. However, I’ve already found myself losing interest in such an enterprise, despite having bought so many of the blighters! I’ve had some bad experiences in assembling a carnifex and a tyrannocite, so thought it might be better to start where this really all began for me, with the Genestealer Cult.

Cultist models have really caught my imagination since their release in the Deathwatch: Overkill boxed game a couple of years back. I picked up the game, of course, and when the range was introduced I did get myself a couple of extra bits, though I’ve been really slow at building them up. Well, no more! I’ve worked out a small, 500-point list to start with, and will be working on that for the next month or so as a foundation to a larger Cult force.

It’s probably not going to be the most competitive list out there, but who cares – I’m excited to put it together and get it painted, which I think, in this specific instance, is the most important thing right now! It uses the models from the Overkill box as a basis, though the Acolyte Hybrids are from the separate squad box released afterwards. In my Ambush! blog, I talked about how good a basis Overkill is for a Cultist army, though I’ve since gone through all of the models in there and notice that the squad sizes are a bit weird: two squads of six Acolytes (which are a minimum of 5 per squad in 8th Edition), and two squads of eight Neophytes (which are a minimum of 10 per squad). I’ll probably be raiding the bitz websites to see if I can bulk these out soon!

The Neophytes are probably my favourite kit in the whole range, and I think I’ll likely be looking at doing more of these in time. For now, I’m mainly using the Overkill miniatures as I already have them built, and eight of them have actually been painted to some degree. However, this list may well change soon as I decide to add in models from the Neophyte kit in due course. 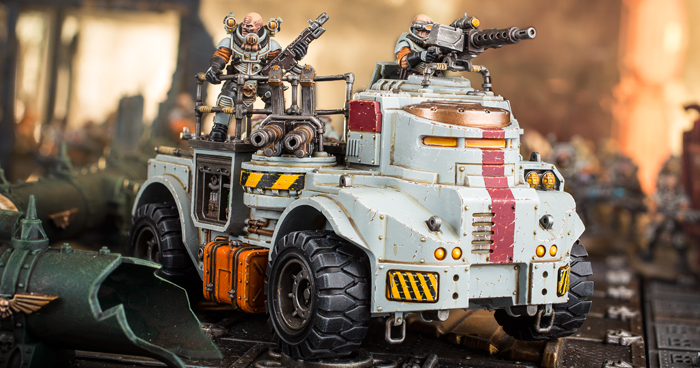 So there we are, 500 points of Genestealer Cult, which forms the bare bones of a Battalion Detachment! In time, I can probably stretch this to 1000 points by incorporating some Tyranid models – I’ve got both Warriors and a Hive Tyrant armed with lashwhips and boneswords, and I think it might be cool to have them in the same army to tie in with the Acolyte leader (and, to a lesser degree, the Primus). Of course, I could equally go the other way and build up the Astra Militarum alliance, having already got some guardsmen and a Leman Russ built and primed…

The important thing, though, is that I start getting this army on the road. So, by the end of February, I intend to have all 531 points fully painted – I may even have gotten in a couple of games with them by then, as well…!

Make sure you come back to check on my progress! And remember, I usually post up what I’m doing over on instagram as well, feel free to check me out there in the meantime!