Hey everybody!
I’ve made a return to the Horus Heresy lately, having read book 18 in the mammoth series: Deliverance Lost. 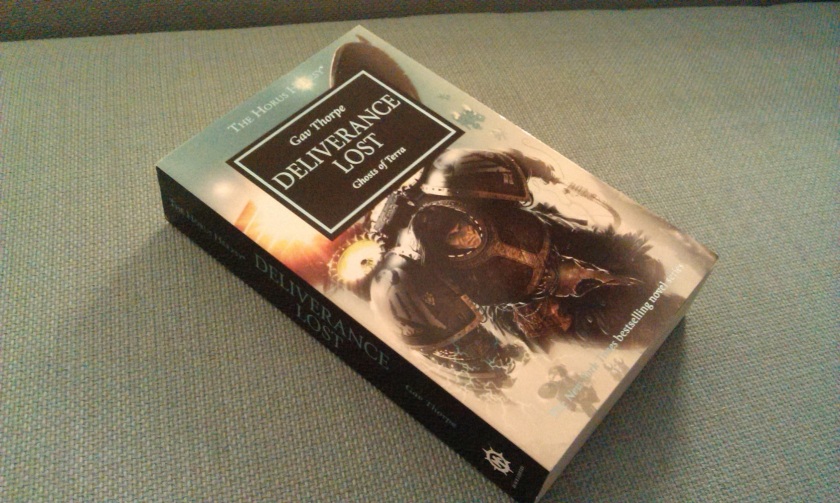 The book follows on from the events of the dropsite massacre on Isstvan V, and details the activities of the Raven Guard, under their primarch Corvus Corax, as he attempts to rebuild the legion. I’ve admired the Raven Guard colour scheme when I’ve seen it in stuff like the Kill Team box set, but I’ve never really thought of myself as a fan of the XIX legion. However, after reading this book – well, I’m not about to start building a new army, but I do think I have a better appreciation for them.

As Corvax and his marines escape the Isstvan system, we discover that the Alpha Legion has managed to infiltrate the loyalists, and there is some really wonderful misdirection throughout the entire novel, as we follow the spy, “Alpharius”, as he gathers intelligence for Omegon, who has placed himself close to Deliverance, the heartland of the Raven Guard.

I think it’s widely known that Corvax obtained knowledge of genetic manipulation from the Emperor in order to rebuild his legion, especially since all of the Primaris hullabaloo that brought out other instances of people other than the Master of Mankind building space marines. Corvax obtains access to the primarch project itself after an elaborate set-piece trap sequence, which seemed somewhat out of place, but was nevertheless entertaining. Postulating that they could mix Raven Guard geneseed with primarch genetics to produce space marines that have the superhuman powers and enhanced growth rate of the primarchs, the Raven Guard begin to re-create their numbers, but this is sabotaged by “Alpharius” and his introduction of demon ichor to the genetic material, which causes the new recruits to spawn demonic talons and such. While thousands of marines are successfully made, it’s an unfortunate stumbling block on the road for Corvax, and I did find myself quite sorry for the poor guy as his continued attempts to re-build are thwarted!

While the Alpha Legion spies all seem to have been outed by the end of the novel, an interesting question is posed by the fact that, if the Alpha Legion has successfully infiltrated one legion, how many more have spies within them now? There is a lot here that has an impact within the wider storyline of the Heresy, and I particularly liked the idea that nobody was quite sure if the Raven Guard were still loyal to the Emperor at the beginning. The undercurrent of fear is shown to be quite the effective weapon, and you can easily believe that Horus doesn’t actually need to march on Terra quite yet, as the mistrust that he has sown among the Imperium is doing so much work for him already.

This is a really good novel, and one that I was surprised at because I hadn’t been expecting to enjoy it quite as much. I think the inclusion of the Alpha Legion helped here, for sure, but even without that, I was suitably intrigued by the Raven Guard that I’ve found myself looking forward to seeing where they get to next.

Until then, however, it’s time to join the Ultramarines properly, as the Battle of Calth beckons!