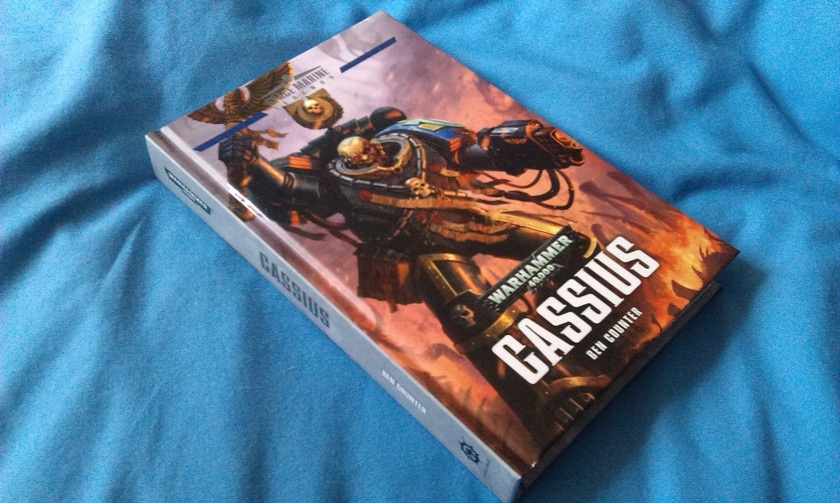 Hey everybody!
I’ve been continuing to make my way through some Warhammer 40k novels lately, riding the wave of 8th Edition and general positivity towards the IP, and have recently finished the first book in the Space Marine Legends series. This series began earlier in the year, and has been looking at a different, well, legend of the Space Marines! I’ve not been all that interested in pursuing the others in the series, which include spotlights on Ragnar Blackmane, Shrike and Dante, though the Azrael book may be of some interest. Anyway!

Cassius follows the Ultramarines’ chaplain as he leads an assault of the combined Third and Fifth Companies against the Tyranids on the world of Kolovan, close to Forge World Ryza and the Sol System. The Tyranids are dangerously close to Terra, and the hive fleet must be stopped before it can destroy the heart of mankind. Cassius leads the troops in pushing back the advance, only to discover that the world had already fallen before the Ultramarines’ arrival. However, with the discovery of a Magos of the Adeptus Mechanicus’ bioweapon that could potentially destroy the Tyranids, the Astartes launch an attack on the hive ships themselves in orbit. Ultimately successful, the space marines are nevertheless depleted by their losses, and decry the fact that few, if any, will ever learn of the importance of their sacrifice.

The novel is fast-paced and fairly short, as it happens, running at around 220 pages. This seems to be a bit of a trend these days, and while part of me quite likes the fact that novels of this length feel more like a movie that I’m enjoying, I’m nevertheless saddened by the fact that it’s £12.99 for more a novella than anything. The story is good though, if a little wacky towards the end – though I always find it vaguely silly whenever the space marines board a Tyranid vessel.

The Ultramarines chaplain is front and centre during the book, as you’d expect, and we do get to learn a little of the chaplain’s role within the chapter. Throughout my reading of it, I kept thinking about how much I’d like to get back to painting space marines, and even how much I’d like to start doing something with those Tyranid models from Shield of Baal! More than I think any other Warhammer novel that I’ve read recently, Cassius has made me want to buy and paint miniatures, which I think says it all, really! It was a good read, the only downside for me was the price. But this seems to be standard for hardbacks from the Black Library these days, so I can’t really hold that against it.