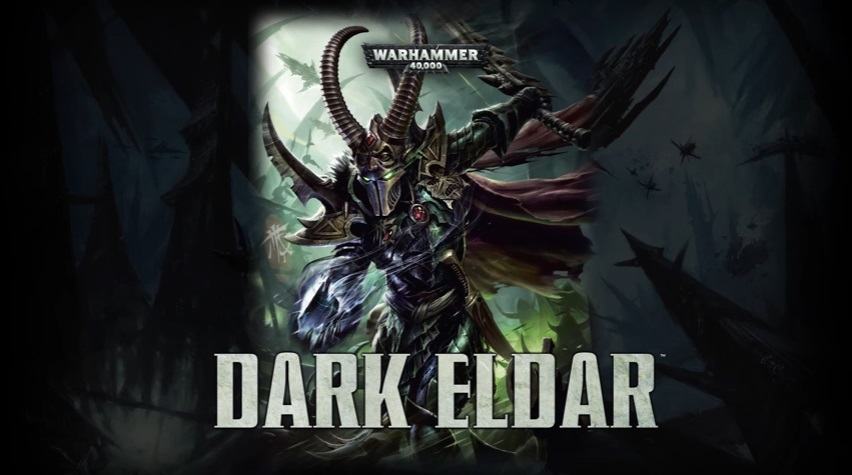 Hey everybody!
Well, it’s been quite the slog at times, but I’m pleased to announce that, this week, I’ve not only finished my initial Dark Eldar Oath project from back in February, but I’ve also started to add more miniatures to the ranks! Well, kinda…

Back in February, my local GW started a painting challenge to get 1000 points of army done by mid-July. While I've been a little slow at times to get moving on this, I've finally finished the challenge this weekend! #DarkEldar #Drukhari #Warhammer40k #paintingWarhammer #OathChallenge #HaemonculusCovens #KabaliteWarriors #KabalOfTheObsidianRose

Back in February, my local Games Workshop started a painting project where we all picked a new army for the new year (we were a little late getting it all sorted), and we had six months to paint up a 1000-point list. Of course, 7th Edition was still a thing, and I’d already started to build and paint Dark Eldar, so I went along with making up a list there. You can read all about my initial efforts with the dark kin here.

Over the course of the last few months, then, I’ve been trying to get paint on this thousand-point list, though was initially pretty stumped by the vehicles. I mean, I’m fine with painting infantry, and even the odd monster, but vehicles seem to just get me every time. I had the same issue with the Necron stuff, and the only thing I’ve managed to complete for the Space Marine stuff is that Alpha Legion Rhino, which isn’t my finest work! So having a pretty mechanised army was a bit of a stumbling block, I have to say!

However, I think I’ve managed to pull it all back quite well, and this weekend got the list finished! It wasn’t my original 1000-point list, as 8th Edition had kinda messed with that to the point where I wouldn’t be able to fit everything in. One Raider was cut out, and the Trueborn had to be re-done with their weapons options, but I’m finally at the point where the army is done!

I’m actually really happy with it, in the end. Sure, the faces are always going to cause me grief – but this is tabletop standard, I’m not trying to win any awards with them! I just want a fully-painted force, done to the best of my ability.

Costed precisely how each model is built, I’ve worked this out to be 1010 points, or 53 power, in the new edition. But that includes stuff like the power sword on the Dracon, which I’m not sure I actually want to use in the game. The first game, incidentally, is lined up for tomorrow, so I’ll be sure to come back with some thoughts on how they play in the not-too-distant future!

I’ve also been finishing off a few other models for the Dark Eldar, which had been built for the original list. Initially, both Kabalite Warrior squads were in Raiders, but the increased points on vehicles has meant that I can only take one now. That said, a Raider is the same points cost as my current Kabalite Trueborn build, so I could always swap them out.

I still have a Ravager and a Venom that have been partially finished for a while now, so I hope to get those models completed soon enough! In the meantime, though, I’ve been working on a third squad of Warriors, and also getting round to painting the Reaver Jetbikes! Exciting times ahead, I must say!!

The jetbikes are done! I'm actually really surprised that I managed to finish these in a single day! #DarkEldar #Drukhari #Warhammer40k #WychCults #Reavers