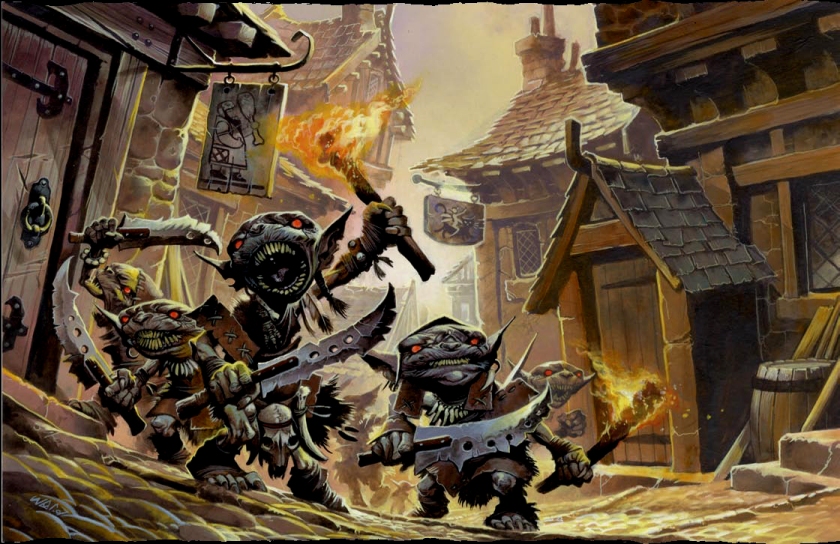 It’s game day here at spalanz.com, and I’m so very excited to present my latest game day blog – it’s the beginning of my Rise of the Runelords adventure path for the Pathfinder Adventure Card Game!

This is a game that I have talked about quite a lot, particularly in my early blogs, when the Rise of the Runelords adventure path was still a new thing. My interest in the Pathfinder setting has waxed and waned somewhat – never waning to nothing, of course, but certainly it was replaced by my love for Warhammer that exploded in the second half of 2014. But it’s a setting that remains close to my heart and, while we wait for one of my favourite aspects of the Pathfinder world to come into the card game, the setting of Osirion, I’ve decided to return to the game and finally work my way through the adventure path in its entirety! 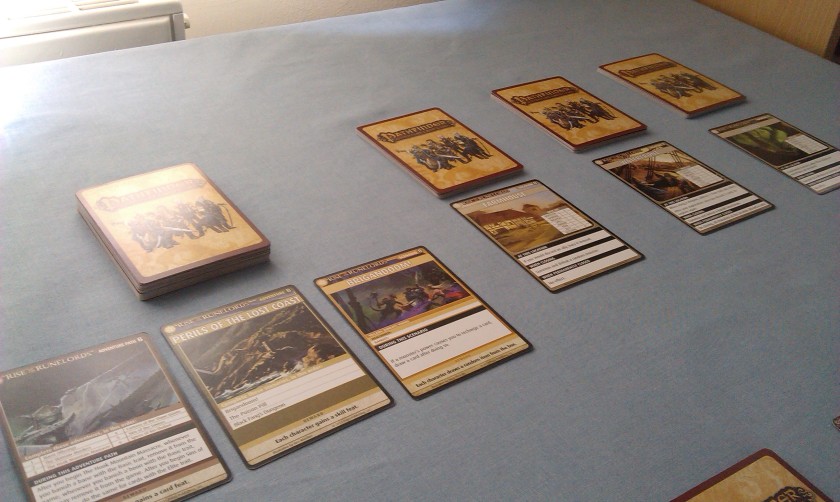 My previous experiences with this game have seen a number of characters take on the perils of Sandpoint, but never get further than the first adventure, Burnt Offerings. However, I’m now poised to take two characters on an adventure all the way to the end: Sajan the drunken master, and Darago the necromancer. What a pair of travelling companions! 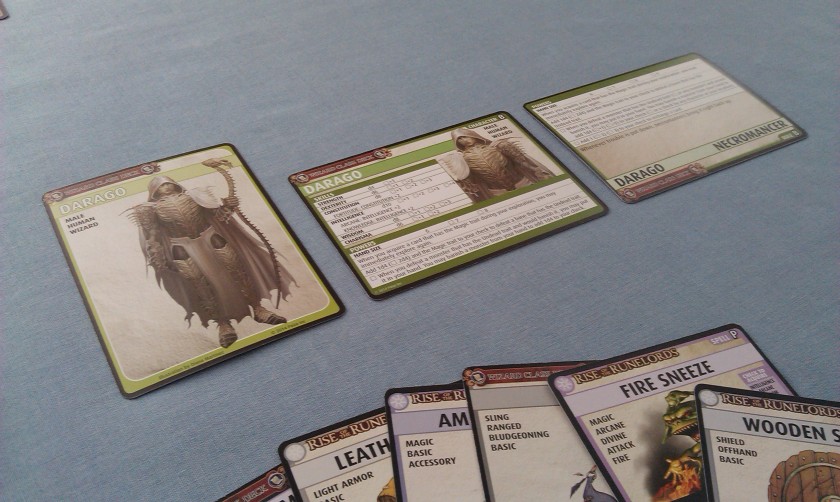 I’ve previously taken Sajan through Burnt Offerings, so over the weekend I took Darago through the initial ‘Perils of the Lost Coast’ scenario. Both of these characters are from the respective Monk and Wizard character packs, which I think is an amazing part of this card game. The base set for each adventure path brings a variety of characters, and each base set has an associated character add-on pack that you can buy for extra heroes and extra cards to bulk out the game. All of these characters represent various archetypes such as barbarian, wizard, and bard, and these archetypes are getting their own class pack that gives new versions for the heroes of that class from the base game, along with two new heroes, and a whole host of new cards that help build up a new character with some really thematic bits and pieces.

As an aside, I’ve also discovered that Paizo are going to produce two class packs this summer to support Goblins as playable characters, which I just cannot wait for! Pathfinder goblins are similar to those from Warhammer, I feel, with a crazy kind of hilarity that I can’t wait to explore with these new packs! 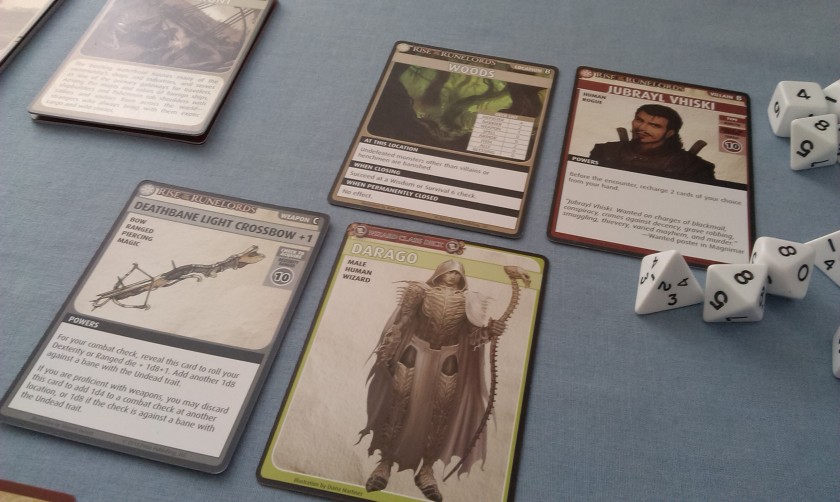 The Perils of the Lost Coast features three distinct adventures,  designed really to get players into the flow of the game before the path begins with Burnt Offerings. It gets us used to the format of exploring locations, fighting monsters and attempting to acquire boons, before fighting both henchmen and the villain himself.

The game is a deck-building adventure game, one that I find kinda fascinating really. You build a basic deck, rather than having the usual kind of basic cards, and then attempt to acquire boons that will allow you to get better cards. At the end of each quest, you must re-set your deck to the quantities of card types listed on your character card, which allows you to get rid of the basic cards and trade-up for something more powerful. Over the course of the three games I played, Darago has managed to acquire the Deathbane Light Crossbow shown above, which I really like, as well as the hilarious Fire Sneeze spell.

I can’t wait to get moving with this adventure path – particularly once I get beyond Burnt Offerings and into the ‘new’ packs that I haven’t gotten to explore yet. Exciting times are on the horizon!