It’s becoming something of a Christmas tradition for me here at spalanz.com, to take a look at the latest expansion for Eldritch Horror: it’s time to head Under the Pyramids! 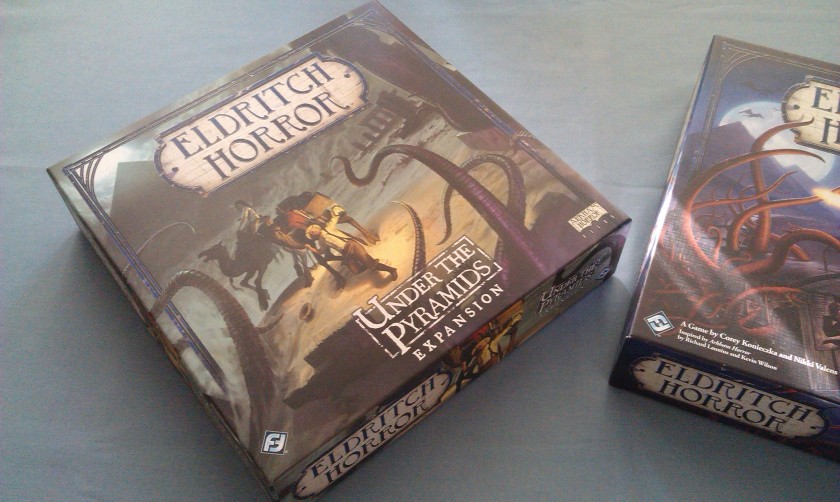 Similar to last year’s Mountains of Madness, this is a large-box expansion that includes a whole host of new stuff, primarily a new sideboard! This time, we’re off to Egypt, as we explore the mysteries of the pyramids. We have two new ancient ones, along with eight new investigators, some of whom are – excitingly! – from the Arkham Horror base game. 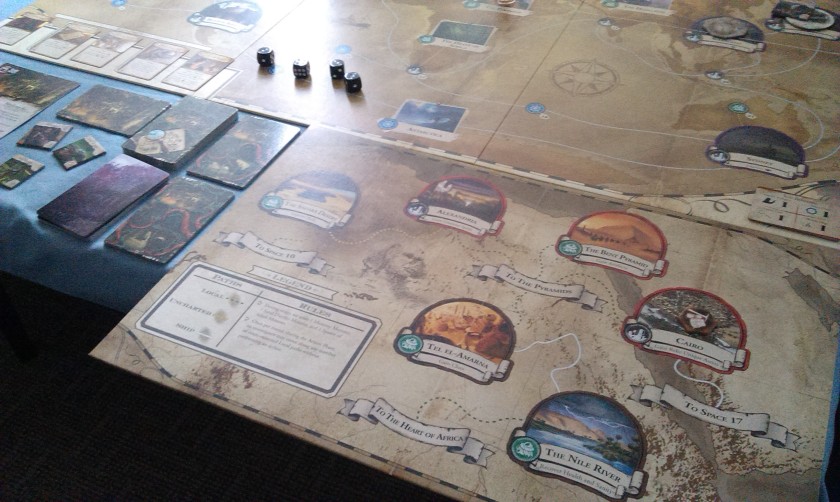 We also get a lot of the usual stuff to be expected now from expansions by now – new location cards, new Other World cards, new assets and artifacts, spells and conditions, and new unique assets. Mountains of Madness brought the Focus mechanic, which was continued in Strange Remnants, while this time around we have a particular emphasis on skills – specifically, impairments. We’re used to training skills by now of course, however this time around skills can be decreased. Many of the new components – particularly the new Mythos cards – also have a focus on this mechanic. Whether this remains in the expected expansion next year will remain to be seen of course, but I do find it quite interesting to spot patterns like these. 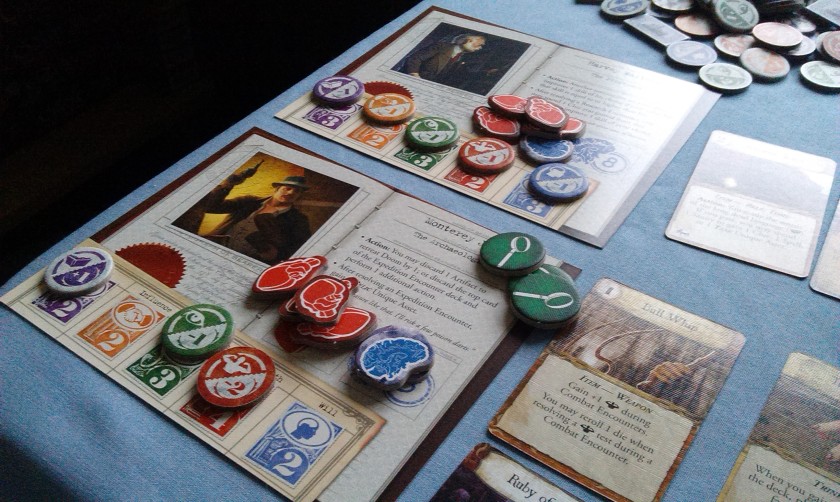 One thing we don’t get as an echo of last year is a specific Egyptian sideboard encounter deck. With that for Mountains of Madness, when encountering a clue on that sideboard, you draw from this specific deck rather than the research encounter deck. Here, however, we just draw from the research encounters as normal. While it would have been nice to see this tradition continue, I suppose there’s plenty enough to be getting along with in this game. We also get new Prelude cards that continue to allow for interesting ways to play the game. One of these gives us the Egypt sideboard, while another allows for two Expedition Encounter decks, which seems like an interesting way to play the game.

The new Ancient Ones are very intriguing. As with Mountains of Madness, we get one that has already been seen in Arkham Horror (Abhoth) as well as a new one (Nephren-ka). The latter is the most thematic for the expansion, using the sideboard in conjunction with the prelude card. Both Ancient Ones use two special encounter decks, something that has become the norm since the core set, and come with eight mysteries each, allowing for plenty of replayability. 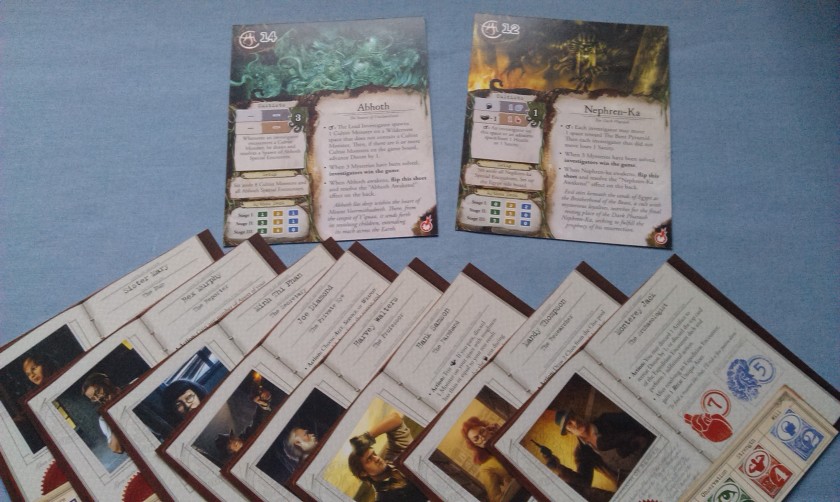 While we’re on the subject of the special encounters, it’s worth mentioning how the Children of Abhoth mechanic is implemented here. Abhoth is a deity of Hyperborea, the mythic realm of Clark Ashton Smith. It looks like an amorphous blob, and continually gives birth to mutant “children”, some of whom it devours while others go off to do its diabolic bidding. In both Arkham Horror and Elder Sign, the Children of Abhoth are represented by special monster tokens that need to be continually defeated, as horrible things take place when the token pool runs out. Here, however, the Cultists take the place of the Children, but when you encounter one on the board, you draw a Children of Abhoth special encounter rather than merely fighting a monster. It’s a really nice implementation, and adds to the theme and the story by having things actually happen rather than just fighting a monster and carrying on.

In general, theme is something that comes through really nicely in this expansion, with a lot of nods to the source material, such as Under the Pyramids and Haunter in the Dark. Having odd bits like this come through really appeals to me, I have to say!

I really love the course Eldritch Horror is taking, from what we’ve had so far. In particular, I like the fact that the game follows a very prescribed course as regards adding in these sideboards, so that we don’t end up with a bloated thing as could often happen with Arkham Horror and its expansions. The game takes a long time to set up of course, which has been putting me off playing it more than I’d like. That has absolutely no bearing, however, on my enjoyment of the game. I think, for 2016, I’d like to get this game to the table more often, and hopefully this will work out. 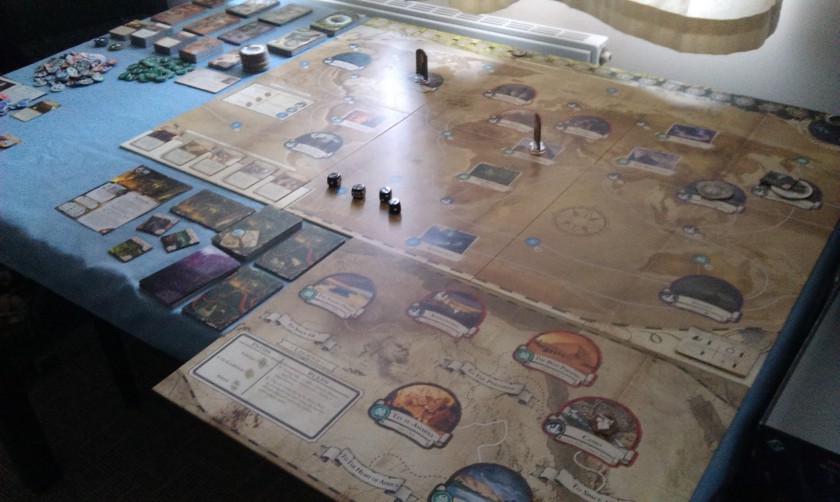 4 thoughts on “Horror Under the Pyramids!”