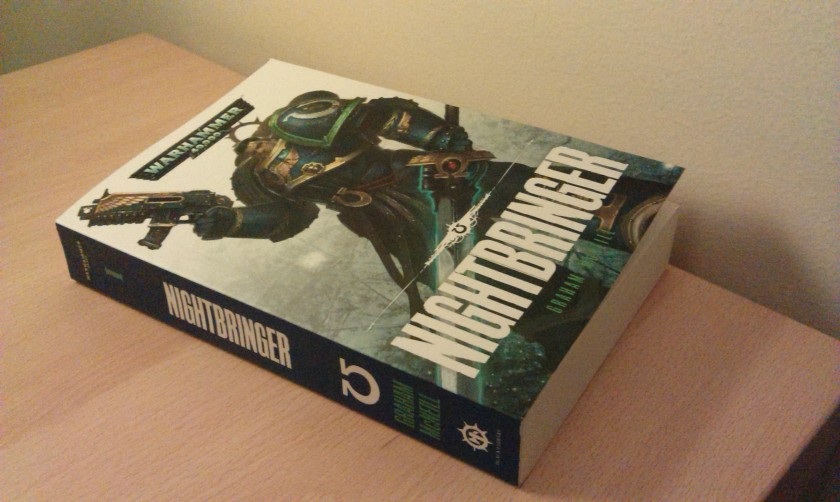 Finished this bad boy earlier this week – and let me tell you, it was amazing!!!!!

I’ve been enjoying something of an Ultramarines kick lately, which may account for my unbridled enthusiasm of course, but even so!

Nightbringer is the first in a series of six Ultramarines novels by Graham McNeill, author of the Dark Waters trilogy (among others). It follows the exploits of Captain Uriel Ventris of the Ultramarines Fourth Company, on a mission to the world of Pavonis to accompany the Administatorum adept Ario Barzano in his investigations there. The government of the planet is run by trade cartels, and the level of corruption is quickly exposed by the adept, while the Ultramarines follow the clues around a dark eldar raiding group with links to one of the cartels.

The novel features some truly explosive action along the way, before a final denouement in the bowels of the planet with the fearsome Nightbringer of the title…

I really, really loved this book! As I said at the beginning, my recent love for the Ultramarines brought me to it, but the book itself is actually a really great read. It has all the elements for a truly excellent adventure story, with loads of action as well as mystery and suspense. While the mystery was perhaps a little too fractured at times, it only means a second reading should be as rewarding as the first one, I imagine. There are several big action sequences in the book, but they don’t feel anywhere near as confused as some set-piece battles can read, which is another big plus for me.

It was great to see the Ultramarines in action, and while Captain Ventris can be a little bland at times, the book doesn’t truly revolve around him, but rather Ario Barzano, who turns out to be an incredibly interesting character. The large ensemble cast is handled pretty well, and all in all I have to say, this book was a real pleasure. 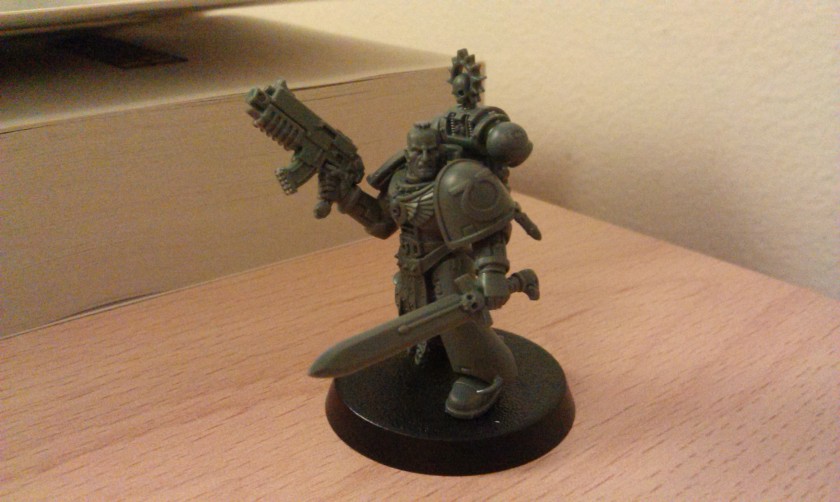 On to Warriors of Ultramar!