Well, seeing the tsunami of news about the upcoming Horus Heresy game from Games Workshop hitting the internet recently, I thought I’d write some thoughts here to add to the rest of the chatter scattered around the web!

GW seem to be really cagey about the whole thing. Despite all the recent leaks, they’ve otherwise been pretty tight-lipped. A 30k plastic miniatures game was rumoured much earlier in the year, but then we got the Adeptus Mechanicus, and everything seemed to lapse back into the realm of plastic Sisters of Battle – that is to say, “probably never coming”.

I won’t go into the fluff of the Horus Heresy here – instead, I’d recommend this video as a useful primer, also a pretty good game from Fantasy Flight! Suffice it to say, it takes place ten thousand years before the timeline of Warhammer 40k, and deals with a Space Marine civil war where several legions broke away and rebelled against the Emperor. As such, the idea of this game has always appeared to be very claustrophobic, insofar as it only deals with space marines rather than the more vibrant tapestry of xenos battles in the 41st millennium.

I’ve been reading a lot on the rumour site Bell of Lost Souls, which of course traffics in minor tidbits repeated often. However, we’re now seeing lots of pictures from next week’s White Dwarf, showing the upcoming release to be a board game much in the spirit of Space Hulk or Assassinorum: Execution Force. However, the miniatures appear fully intended as tabletop wargaming pieces, and not merely nice components for the boardgame. The current rumours point to a full 30k plastic range coming from Games Workshop in the new year.

Of course, Forge World already have a Horus Heresy range, and this has led to some conflicting reports about compatibility. I think the last thing I’d heard was that the two games would not be compatible, though there has been some talk of the game being almost interchangeable with the current 40k. But that may just have been the minis. Generally, it’s a very confused picture right now! I guess we’ll know more with this weekend’s White Dwarf.

At any rate, I’m currently conflicted by the whole thing. I’m largely intimidated by the price tag, rumoured to be at £95, which makes it one of the most expensive boxed games I’ve ever encountered! The contents have been estimated at much higher than that, of course, so it does actually represent a good saving – and in plastic, too – but I don’t know if I want to get that many marines in one go. I’ve recently begun building a space marine army, but I currently have a whole load of models, which means I don’t currently feel a need to add more. Further down the line, it might be of use, but I don’t know. 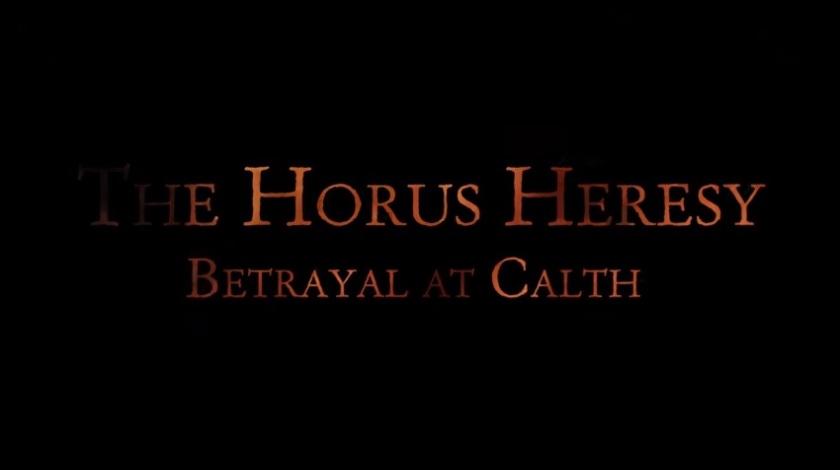 For now, I’m going to wait and see. I want to get into 40k at my local stores, so I think I’ll see how well it goes down there and base my decision on that as to whether I throw some money in. Not the most exciting response, I have to say, but it’s the best I have right now!

What about you? Are you excited for this release? Planning to buy a couple of these boxes? What are your thoughts?

One thought on “Heresy!”