Pretty much every year, something at GenCon will blow me away, and when it does, it’s FFG’s doing. Looks like 2015 is no different, as we have the 3rd edition of Runebound announced!

Very excited for this, despite the fact I own (and love) everything for 2nd edition.

Third edition looks very sexy, as befits a modern update I suppose, but the preview article hints at a lot of changes that seem kinda interesting. First off, encounters are divided into three types – combat, social or exploration – with the adventure gems colour-coded as such. At first I was a bit confused – colour-coding in 2nd edition marked the encounter difficulty, not type, after all – but the scaling is done through a scenario adventure deck, which leads up to a fight with the big baddie of whichever scenario you’re playing. The two in the box have tickled me in all the right places – fighting against High Lord Margath, or the evil necromancer, Vorakesh! Two classic Terrinoth names, they’ve made me feel right at home with this new edition already!

Combat seems a bit strange, with tokens you can apparently cast like dice or flip like coins. Either way, they’ll likely become worn out very quickly, even given FFG’s top-quality product. Combat with d10s seems so much easier, but the fact that surges have now made it into this game is a nice touch to bring it closer to Descent.

Speaking of Descent, that seems to be where the new heroes are coming from, too. Hopefully we’ll get some kind of conversion kit to use the older, classic heroes – especially now that they have better sculpts thanks to the Hero & Monster collections for Descent, as well! 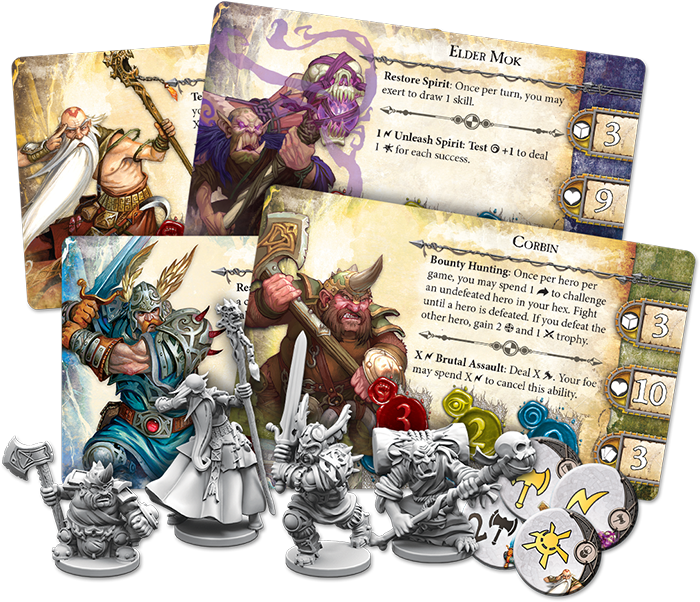 Overall, I’m really excited for this. Nothing is going to make me part with 2nd edition, as it’s an all-time favourite of mine, but I think a new edition will be a nice change to complement the older game. At any rate, this is right on my Christmas list!