Have you guys seen the awesome pair of news articles FFG put up on Wednesday?

For Star Wars LCG, we have the excitement of the new Endor cycle! I haven’t played this game even a sixteenth as much as I should, but I still get excited for the new releases. New cards called Missions have made it into the game, which kinda fill the slot that a lot of people expected Objectives to actually fill when the game came out. A Mission card looks like an Objective, but is shuffled into your main deck; during the game, you can pay its cost to put it under your opponent’s control, and when you have destroyed it, you can trigger a pretty powerful effect, as well as counting it as a destroyed Objective for your victory condition etc. 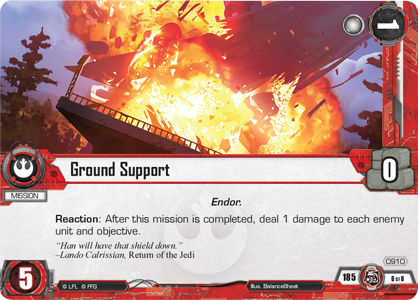 The new Han Solo card seems to reflect what seems to be another aspect of the cycle, mixing up the whole engaging-objectives thing. A new Fate card also goes with this. Seems interesting, and something I always like seeing in LCG cycles, how new expansions bring new ways to play the game. I’m pretty excited to see where all this could go, I must say.

The other thing going for it, of course, is the way the cycle is set to explore Return of the Jedi, which was my favourite Star Wars movie growing up, and remains popular with me for a lot of reasons regardless. 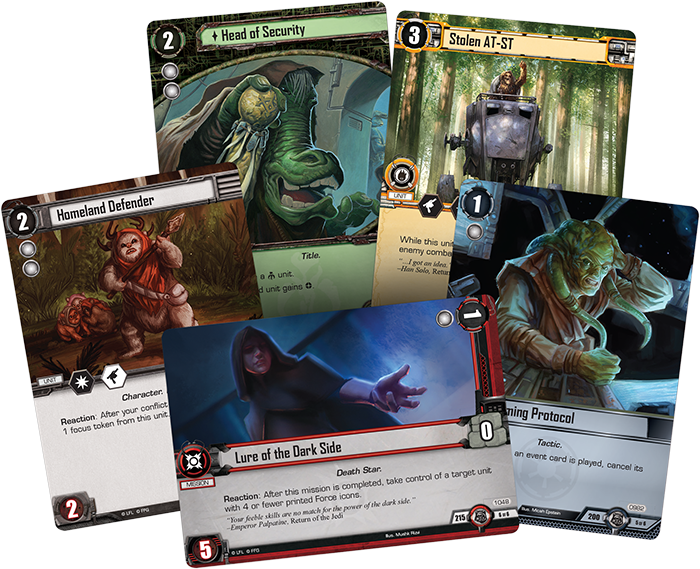 Android Netrunner fan? Cycle five is going to start at the end of the year, the Mumbad Cycle!

The previous SanSan cycle took us to California, but we’re now off to the Indian Union to see what’s going on in southern Asia during the cyberpunk future. Turns out, quite a lot! Something that I’m really intrigued by is the Consumer-Grade Hardware available for the Runner, which messes with the deckbuilding by allowing for up to six copies of these cards in your deck, rather than the usual three-card limit. Pretty interesting. The Corp gets new Alliance cards, that force certain deckbuilding decisions in order to negate any influence cost they carry. Not being a Corp player, I’m not entirely sure how much of a draw this will be, but it’ll be interesting to see what happens with this, in any case! 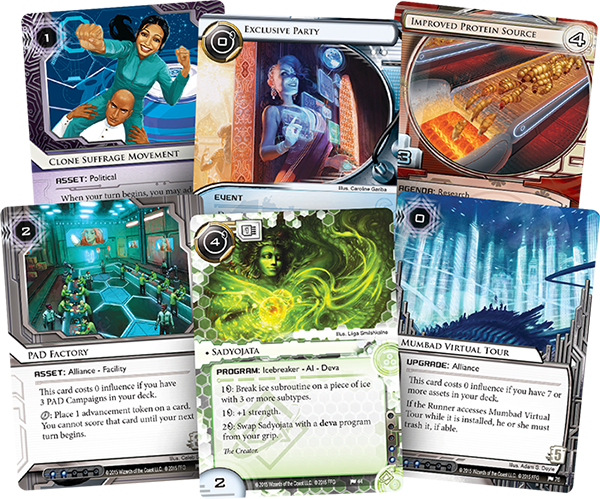 What with the Angmar Awakened cycle just starting with The Wastes of Eriador, all in all this is a very exciting time to be a fan of Living Card Games!