Hey folks!
Yesterday I went off to Llangollen, a small town not far from me in North Wales, famous throughout the world for the International Musical Eisteddfod held during the first week of July. As such, it’s pretty much a tourist nexus, though luckily it wasn’t too bad when I went.

To be honest, I didn’t spend a lot of time in the actual town, but hung out around the area of the chain bridge, between the hamlet of Llantysilio and the town itself. But I’m sure you all remember my trip there a couple of months back…

Week off, day three: off to #Llangollen! pic.twitter.com/6zAqlu7QjK

There is a lot of stuff around there, anyway, centring on the Chain Bridge hotel and its attendant bridge. 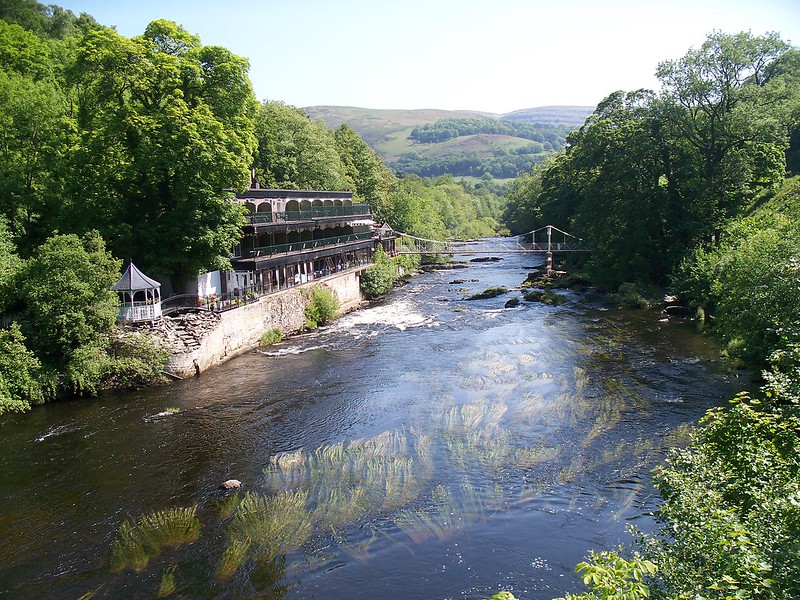 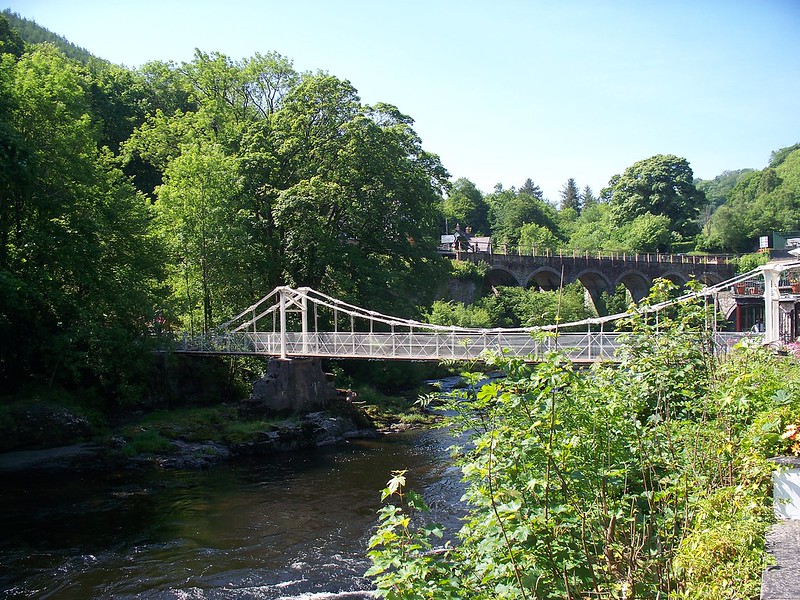 The bridge was first constructed in 1817 to transport materials across the River Dee from the Ellesmere Canal (on the north side) to the A5 Holyhead road (on the south), avoiding the tolls payable at Llangollen. It was rebuilt in the 1870s, and again in 1929, all the time re-using the original chains, which makes it the only bridge of its kind to still use the original material. 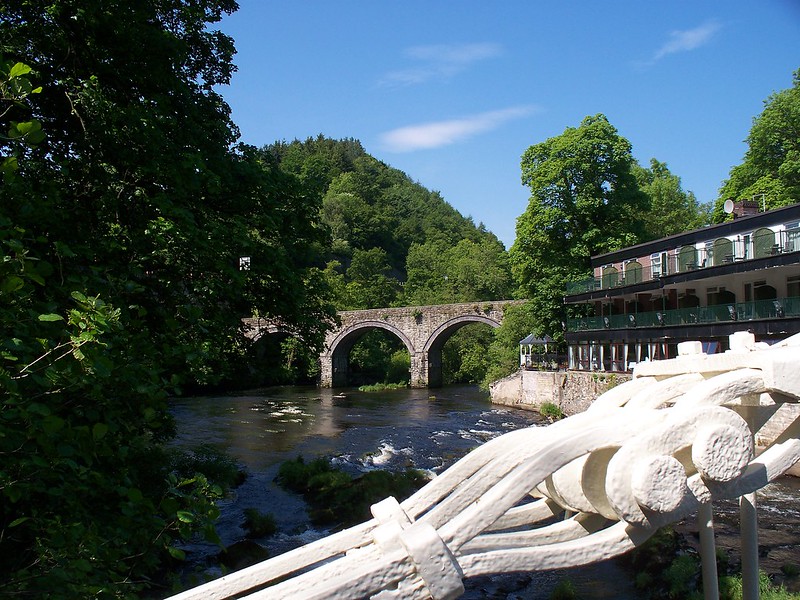 We also have the King’s Bridge/Berwyn Viaduct complex close by, that marvellous feat of Victorian engineering: 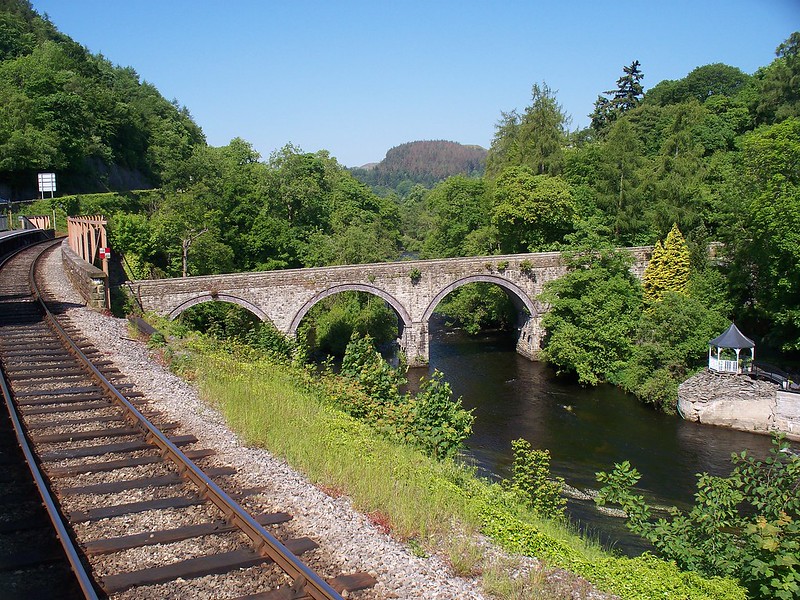 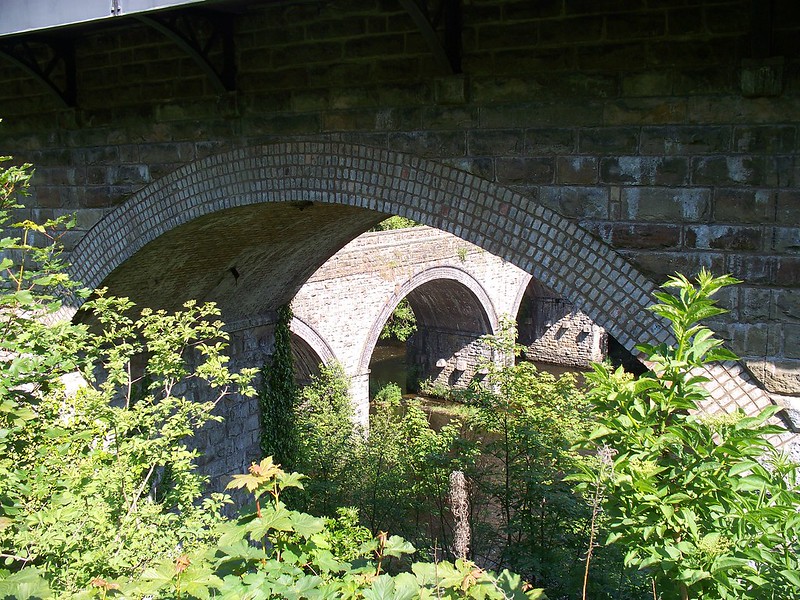 The viaduct was built in 1862, and the road bridge between 1902-6. The road bridge curves through one of the arches of the viaduct and links Llantysilio with the Holyhead road. Fantastic! 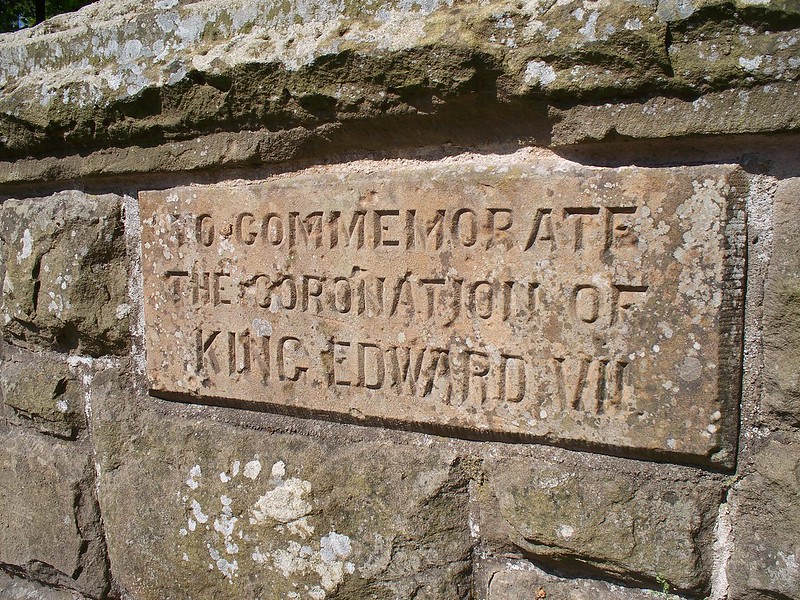 The viaduct is also still in use, and a steam train actually passed through while I was on my trek: 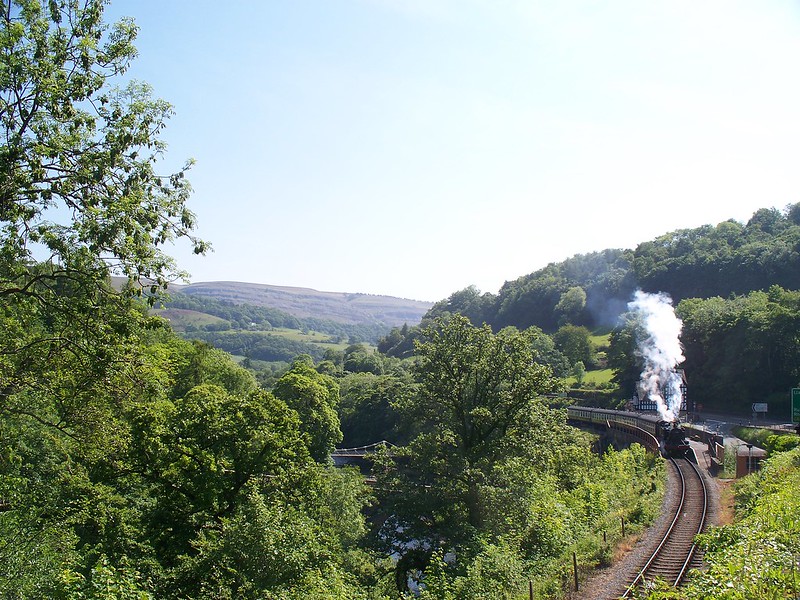 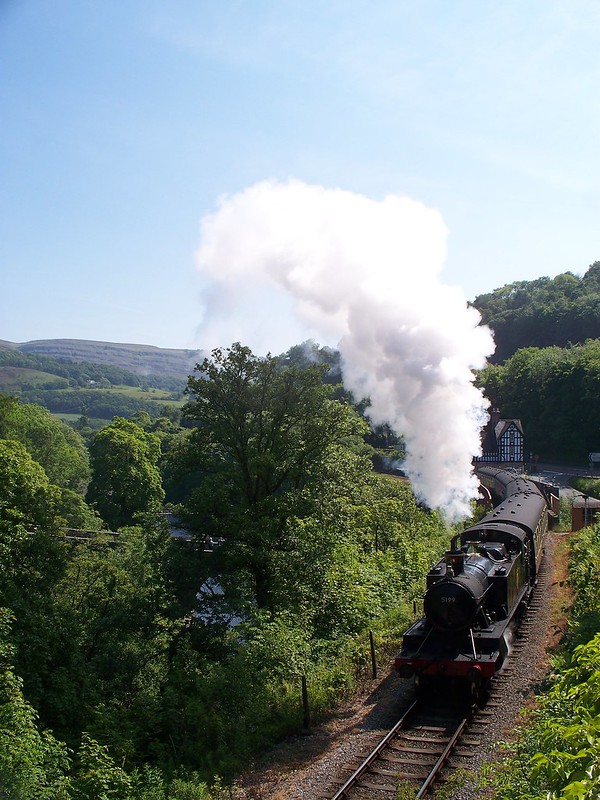 I’ve never been that close to a steam train before, and let me tell you, those beasts are loud!

Continuing upstream like a salmon, we get to the Horseshoe Falls! These are most easily accessible from the north bank, but I was wandering around on the south bank this time. For illustrative purposes, then, here’s a picture I took of the falls last summer: 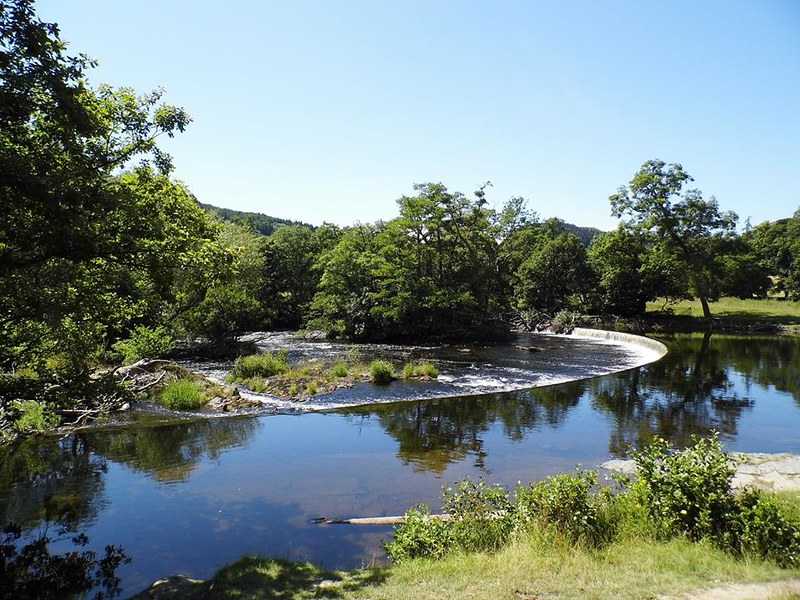 The Horseshoe Falls were constructed by Thomas Telford between 1804-6 as a weir system to feed into the canal. This was actually an elaborate system that, as originally planned, worked all the way back to Bala. A weir, in case you were wondering, is just a way of controlling the flow of water in a river; in the industrial revolution, you would generally find rivers interfered with in this manner all over the country where mills were built, as a weir was a great way to make a fairly sedate, slow-running river generate enough speed to power a waterwheel. (Locally, there is a great example of this at Bersham). The River Dee itself is actually quite fast-flowing, however, so the Horseshoe Falls were designed almost as dams, slowing the water by backing it up and making it flow over the top in a much steadier stream, from where it was channeled into the canal system.

At any rate, I fell down the side of the bank and scratched my left forearm in order to take this picture of the Falls: 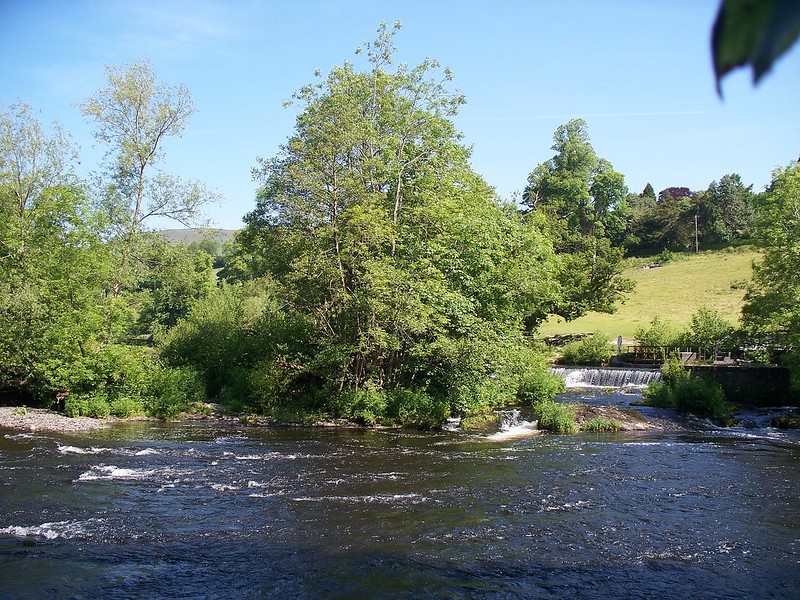 Anyhow, it was a really great day, and if you’re ever in the area, you should definitely make the trip to Llangollen and investigate some of these places! 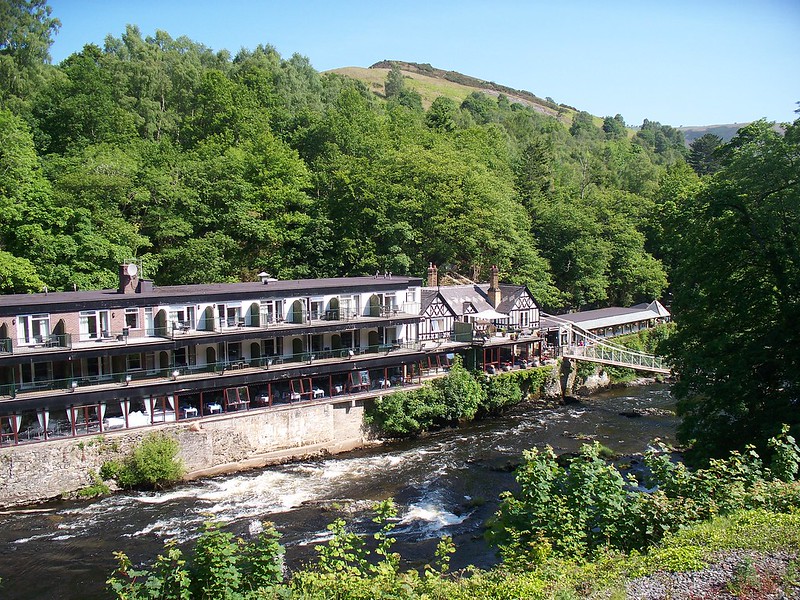