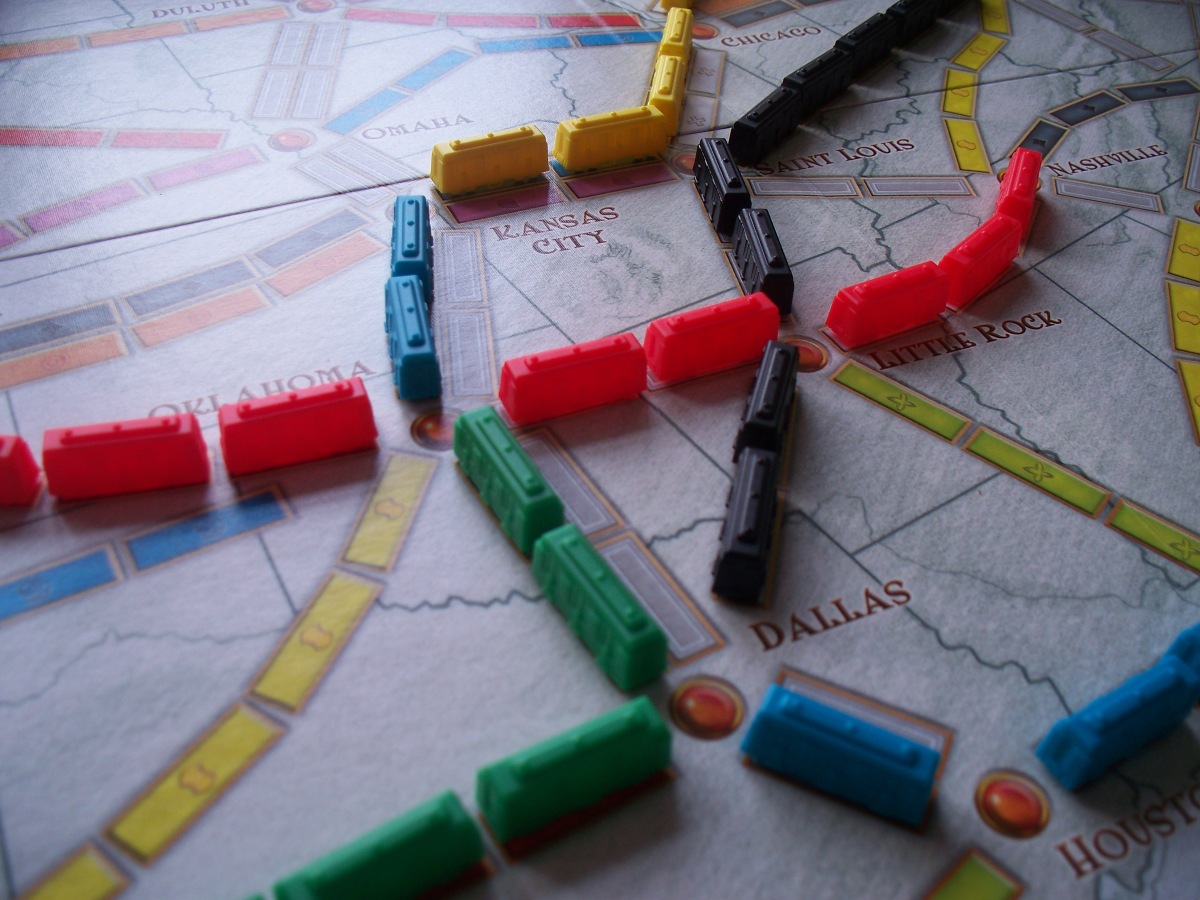 Morning everybody!
Today’s game day blog is a little different, as I turn my spotlight of awesome onto one of the modern classics of tabletop gaming – up today is Ticket to Ride! 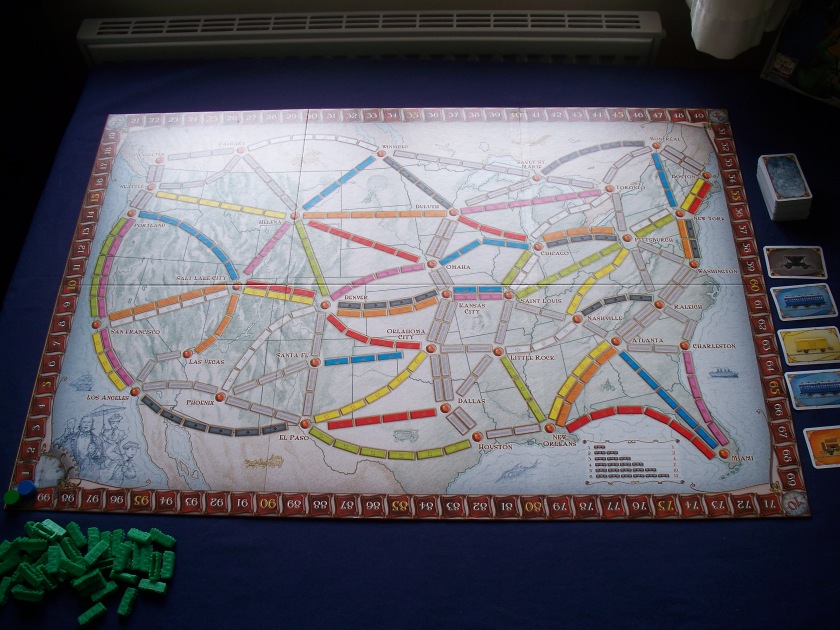 Ticket to Ride is a stupendously successful game from Days of Wonder (it won the Spiel des Jahres in 2004), with really, really simple gameplay: you’re trying to claim railway routes in order to score points. Each turn, you can either draw cards, draw tickets with new routes to complete, or claim a route by playing a number of cards and placing some trains on the board. Each route is worth points, which you score as you place your trains, but your tickets are kept secret until the end – if you’ve completed specific end-to-end routes, you’ll score the points for them; if you haven’t, you have the points taken away. You can also score for having the longest single contiguous route.

While there is fairly high strategy involved in this game, where veterans can work out where everybody is trying to claim and aim to block you from completing those routes, I still feel like this game is something of a guilty pleasure for me, as it’s not the usual sort of game that I enjoy. I bought it when I was going through a phase of buying all the Spiel des Jahres winners, a phase that also saw me buy Dominion (and Tikal, Thurn und Taxis, and Alhambra). That said, I have almost every expansion for this game, neatly stacked in the corner of my spare room. 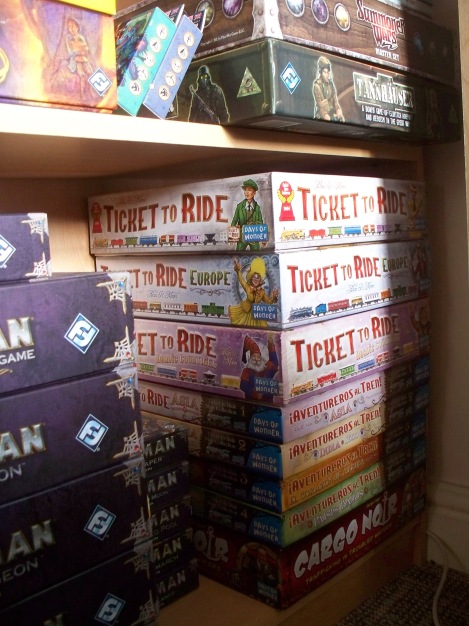 However, I’ve only actually played the physical game twice!

Ticket to Ride is available both for Android and iOS; being a google boy at heart, I have the former, though I believe the differences are minimal (please chime in if I’m wrong!)

The app is really quite beautifully done, with a clear and intuitive interface. 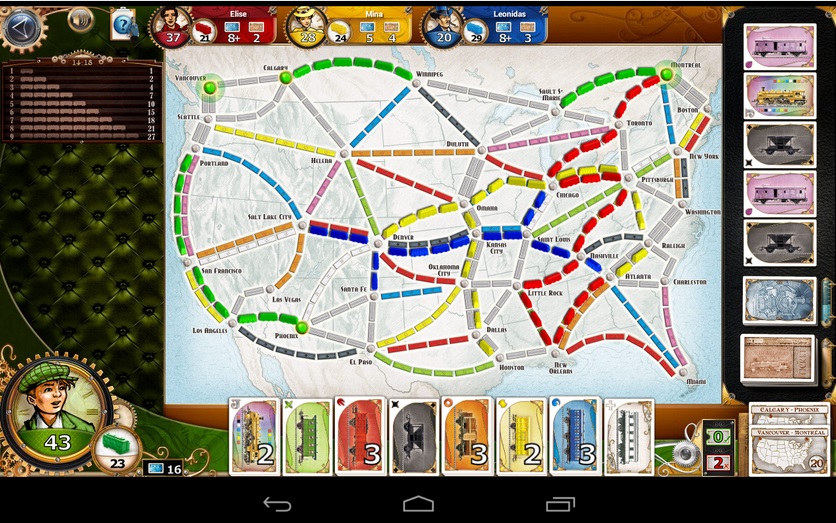 The app features pass-and-play, online play as well as solo play, though I’ve only made use of the latter. The solo player options are nicely scaled, so that if – like me – you only want to play two-player, the AI can be pretty devious and victory is never completely assured!

There is also a good selection of the expansions available, including Europe, Asia, and Switzerland, as well as the 1910 Big Cities card expansion – all available as in-app purchases. I often wonder why they haven’t made all of the maps available, which is a feeling common with a lot of digital versions of tabletop games (Carcassonne springs to mind!)

So yeah, the app is perfect for those times when you want to build some railways but nobody around wants to play with plastic trains – I’ve played it hundreds of times, and can’t recommend it enough! (And, in case you’re wondering, no bugs to report following the Lollipop update!)

It’s a really enjoyable game, and one that can usually be played with minimal stress. Why not jump aboard and see what all the fuss is about?!