It has been a bit of a sparse week for gaming news, I have to say. The most exciting thing, for me, was a look at two of the upcoming ally packs for Imperial Assault, here. To my shame, Imperial Assault remains unplayed since I got it at Xmas, so just how excited I am for more content for a (currently) unplayed game is a bit of an issue. But we’ll see. Of course, I got another game of X-Wing in at the local games shop, a hilarious adventure among the asteroids that you can read about here!

I was pretty excited about this one, actually, which perhaps is a bit strange given the fact that I haven’t played a role-playing game in years!

I’ve been on a bit of a nostalgia trip of late, started off by my D&D week earlier in the year, and since then, I’ve been looking back with fondness at my Star Wars RPG days. I’ve not properly looked over the latest incarnation of the game from FFG, but I recall feeling positive about it when Edge of the Empire first appeared, so even though my chances of playing soon are pretty slim, I’m nevertheless thinking of featuring a look at the thing here on my blog sometime soon.

While West End Games did an awful lot to make a credible universe, tying in very closely with the Bantam novels of the 90s, then Wizards of the Coast largely ignored all of that as they just kept churning out movie-related material, it seems FFG is going on its own way of providing adventures almost unconnected to previous material, and it looks pretty amazing for it!

On the subject of Star Wars, I read the first issue in the new Marvel series today! 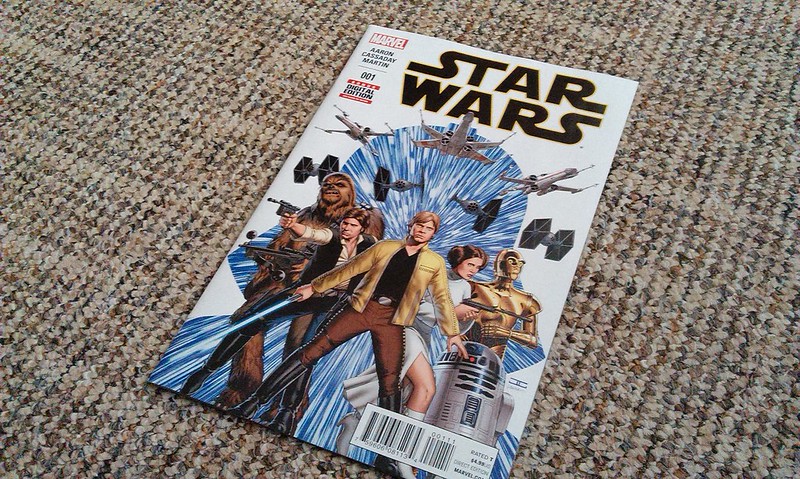 Y’know, that was actually a really great book! I’ve been a Star Wars fan for decades, of course, and have grown accustomed to being a Dark Horse Comics fan, so was initially very wary of them moving back to Marvel. But a good story is a good story, whoever is publishing it, and this was a lot of fun! It’s not very long, almost half the book is taken up with previews and adverts for the other two comic lines promised from Marvel – Darth Vader (which looks superb, let me tell you!) and Princess Leia (artwork looks a bit cheap…)

I think @Marvel's #StarWars #comics might be pretty good after all… Just read #1, & really looking forward to more! pic.twitter.com/u4qIHHvEee

Going back to D&D week, I also finished reading The Halfling’s Gem, which turned out to be pretty good in the end! Being pulled into Tarterus near the end seemed a bit extraneous, but maybe that’s just me. After, what, eighteen months or so of being left, it was good to finally finish the trilogy! I’ve since moved onto The Legacy, the seventh book in the series, and while I’m only a couple of chapters in, it’s definitely setting up a compelling story. I had kinda spoiled myself for this book through the adventure system game. [SPOILER ALERT!] In the game, Drizzt’s brother Dinin Do’Urden appears as a drider, and after starting to read the Dark Elf trilogy I was a little confused, before finding out that happens in the course of book seven. Plus, the cover does kinda give it away! 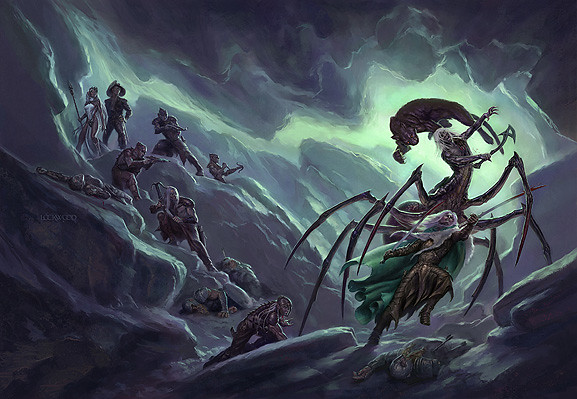 I really loved the Dark Elf trilogy, books one and two in particular were just too awesome for words, and a big part of my enjoyment came from the setting. Menzoberranzan is one of the most interesting locations I’ve ever had the pleasure to read about, and the whole adventures in the Underdark was a real joy, so the interruption on the surface for the last three books has been a bit unwelcome, really! Good to get back underground, even if it is currently only for part of the book. The Legacy takes place nearly twenty years after Drizzt left the Underdark in Sojourn, and it’s fun to see what has been happening with the drow characters in the time Drizzt has been away. Promises to be a good read, anyway!

I’ve also been painting more Necrons this weekend! I must admit, I’m quite pleased with myself! Having had such a slow start to painting this year, I’m glad to finally be creating again! I’ve made up a batch of Immortals, and have been painting them as Pyrrhian Eternals, the dedicated Immortals of Anrakyr the Traveller! I’ve recently begun to use my flickr account once more, where you can head over to check out my album here! 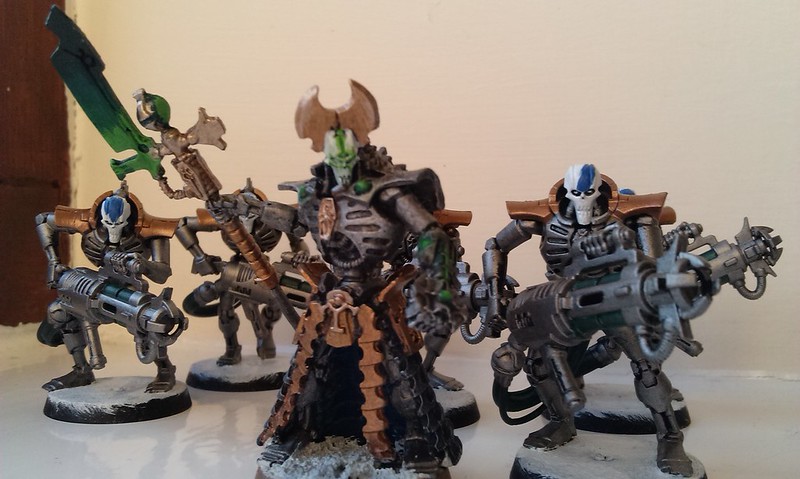