Had another game of X-Wing today down at the games shop, another awesome time! 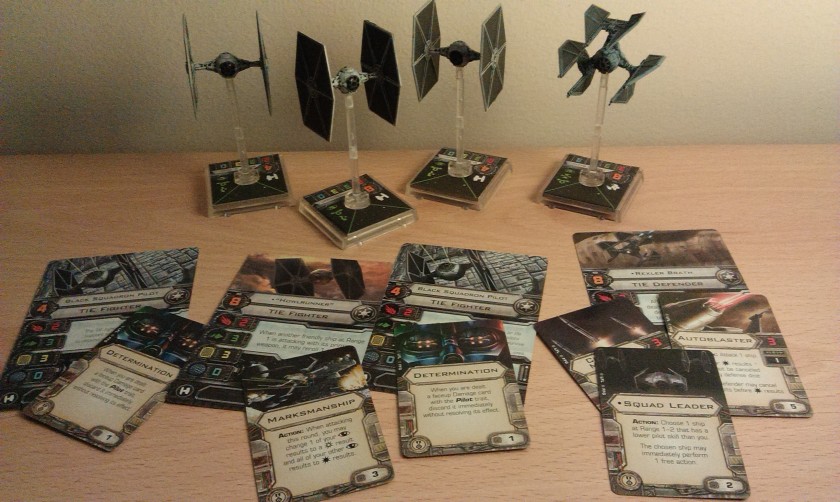 I changed up my squad a little from last time – I really wanted to use that TIE Defender, so took Rexler Brath out for a trip, along with Howlrunner and a pair of Black Squadron pilots. For the curious among you, Rexler led the elite Onyx Squadron during the Battle of Endor; Howlrunner (real name Civé Rashon) led Obsidian Squadron in pursuit of the Falcon over Cloud City, and Black Squadron was attached to the first Death Star.

Today’s game went pretty horribly, as I kept miscalculating and flying into asteroids. Rexler lost two of his shields (yes, a TIE with shields!) to one of these, and turned out to be the main target for Matt’s rebels – three A-Wings, Tycho Celchu, Arvel Crynyd and Jake Farrell. First blood was Rexler (nearly half my squad points!), but my three TIEs did a pretty good job sticking it out! However, asteroids…

To be honest, my defense rolls went really well, with lots of evades and whatnot. It was just those damn asteroids! Honestly…

I managed to take out Arvel Crynyd, though I feel it was more out of luck than anything else! Tycho hilariously flew off the board, very much in an attitude of giving up, as Howlrunner was shot down but the remaining TIEs flew into asteroids, causing one to explode. Jake scored a critical hit on my last guy, causing a Console Fire that blew the last guy up!

Hilarious, I must say – I think we worked it out that, of my 12 hull points and 3 shields, 7 hits were caused by the rocks, with an eighth caused by the console fire. Terrible times! But it was a wonderful game, I have to say! 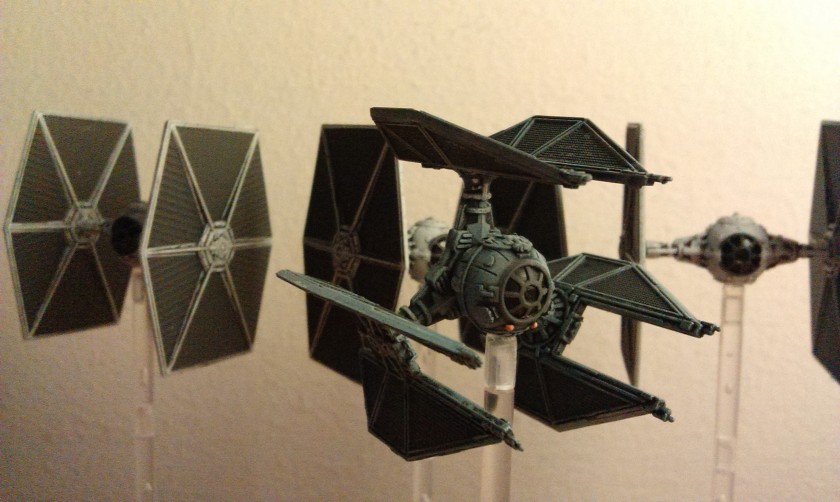 I’m really not one of these people who plays games all for the win, I’m all about playing for the sheer enjoyment of playing. While it was fun for me to win last time, I think this game was much more enjoyable for the hilarity of my continual bad flying, and the fact the dice hate me!

Looking forward to my next game. Got Vader in that squad!