Hey everybody!
After the fun and frolics of post 200, I’m back with more games and stuff for your general enjoyment! (Don’t worry, part two of Pursuit is also well into post-production, I’m merely forced into a short hiatus while I write an essay). I’ve been experimenting with the game-day format over a couple of posts over the past couple of months, and want to continue that here, as I take a look today at the third faction for X-Wing: Scum and Villainy!

The third faction was announced at Gen Con last year, and is due to drop anytime now. Consisting of four distinct expansions, with a whole slew of cards and stuff, it brings the nefarious galactic fringe to the game, with such infamous characters as Prince Xizor, Drea Renthal and, of course, Boba Fett.

But Fett is already in the game! I hear you cry. Well, this is where the first of the new packs, Most Wanted, comes into play. Featuring three ships – two Z95 Headhunters and a Y-Wing – it has new pilot cards for both ship types in the new Scum faction, along with new Scum pilots for the HWK-290 and Firespray-31, so you can repurpose your Mouldy Crow and Slave I however you see fit! Fantastic times! This isn’t just about new pilots, though, as the whole feel of the ship is changed by what upgrades you can now provide – including repurposed astromech droids and goodness-only-knows-what through the illicit upgrade!

Heading into the Shadows of the Empire, the StarViper expansion brings us the iconic Prince Xizor and Guri, with the Virago. Most interestingly, however, it also features a new type of manoeuvre, the Segnor’s Loop – effectively a Koiogran Turn but performed on a bank template rather than a straight forward one. Looks like interesting stuff!

This whole expansion looks really good, though, and is making me want to re-read the Steve Perry novel! Soon…soon…

The StarViper is the top-tier ship in the faction, while the M3-A Interceptor is definitely on a lower rung. Familiar to fans from the Star Wars: Galaxies video game, it comes with some interesting new upgrade choices, such as the flechette cannon, similar to the ion cannon but gives the attacked ship one stress token. Useful for forcing the position of an opponent next turn, and 1 point cheaper than the ion cannon. Hm. 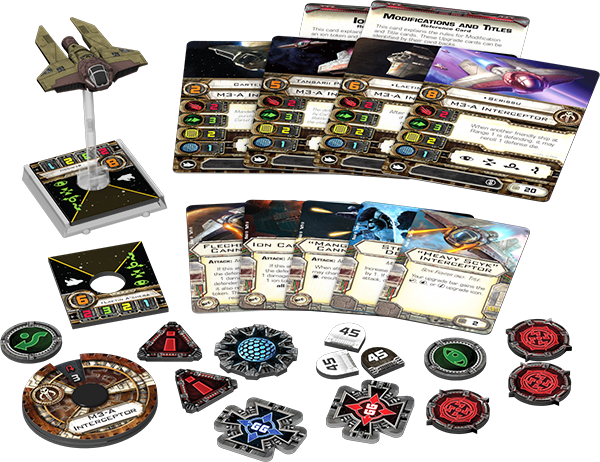 Lastly, we have the very exciting IG-2000! An Aggressor assault fighter modified for its droid owner, the ship comes with all four incarnations of the bounty hunter IG-88. While each comes with an excitingly full upgrade bar, at 36 points they’re among the most expensive pilots in the game! Of course, they come with some pretty exciting skills for that cost, including performing more actions and attacks, and indeed, the choice of using a bank or turn template to complete the Segnor’s Loop manoeuvre! Just…wow!

The title IG-2000 also allows your bounty hunters to synchronize their skills, which just makes a scary-looking build even scarier. Or more awesome, depending which side of the table you’re sat at! At 36 points each, of course, you’re only going to get two of these guys into a standard 100-point squad, but when you look at some of the higher-value games some people play, the potential to have all four droids on the table, each able to use the other three skills…sheesh!

IG-88 is the star of the very enjoyable short story Therefore I Am, from the Tales of the Bounty Hunters anthology that I mentioned a whiles back. In fact, this whole wave has had the dual-nature of exciting me for X-Wing, but also for the expanded universe that I so love! There is a whole host of stuff that can be mined for this game now, I look forward to seeing what’s next on the roster, at any rate! Also, what’s with those rebel/imperial/scum icon tokens in the picture above? I wonder if there’s some way of hiring ships on a job, so you can use a bounty hunter’s ship as a rebel, or something? Could be interesting…

This is a very exciting development for the game, in my opinion. What with wave six bringing a new faction, and the longed-for Imperial huge ship coming too, 2015 looks to be an immensely enjoyable year for X-Wing!

I’m really, really glad that I’m finally getting to play this game now, though whether my wallet can say the same thing will remain to be seen… because you just know I’m getting two of those IG-2000s!