An awesome day was had today, I have to say! Remember this? Well, this afternoon I got to have a game down at the local games shop with a chap called Matt, and it was really pretty excellent!

Have to say, my squadron wasn’t really built with any particular strategy in mind! It’s been over two years since I’d last played, after all, and while I still have some idea of the rules, this was very much a learning experience for me again!

I was playing against a rebel squad of three ships – Biggs Darklighter, Horton Salm, and Airen Cracken. While first blood went to Matt, with Winged Gundark perishing before my eyes, I managed to skew his entire strategy by flying Night Beast into his ships, and took out Cracken between the Interceptors.

So I’m really pleased! Don’t get me wrong, it’s not all about the win, it was actually really great to take the TIEs out for a spin! It was really helpful to have someone who’s played more of the game on hand to help, of course, as well. Overall, a really awesome game! I’m already thinking about another squadron build, possibly involving Darth Vader in his TIE/advanced… hmmm!! 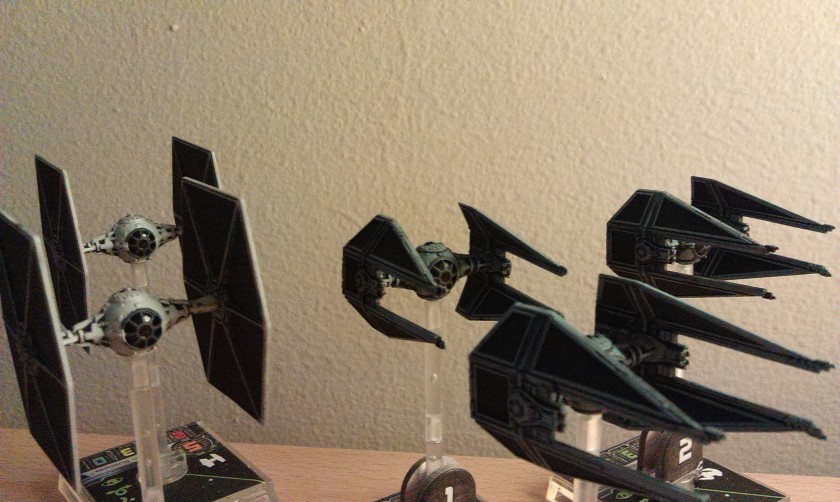