Afternoon everyone!
The festive season is nearly upon us! I have this week off work, fortunately, which marks I think the second time in my 11-year career that I’ve managed to book time off beforehand. I was hoping to use it to catch up with everything that has been going on, but as it happens, so far I don’t really seem to have gotten anywhere!

To start with, I’ve just now caught up with my degree work. Been hard-going, last week, studying the funeral oration of Pericles from Thucydides’ History of the Peloponnesian War. Yes, it was just as good as it sounds. Interesting, don’t get me wrong, and some of the historiography of the speech was really good to learn, but heavy going, I must say. Which is probably why I abandoned it halfway through the week, and have only today finished up! Up next is Aristophanes’ Lysistrata, which is a play I’ve read a few times over the years. Aristophanes and I go way back, anyway, so I’m hoping that’ll be much easier to get through. For now, though, I’m supposedly on the Christmas break, so I’m intending to use my time to read up some of the background on the Peloponnesian War, having had the Donald Kagan book for years but never having gotten round to it… 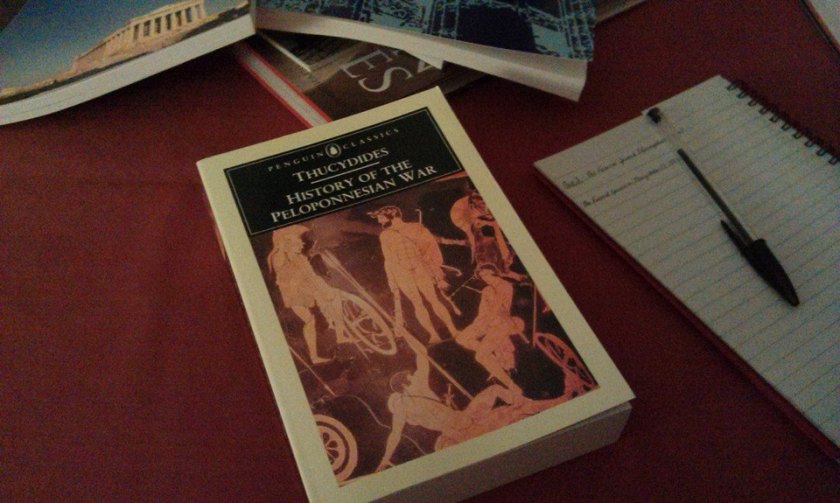 I’ve finally finished building up the miniatures from the Shadows of Brimstone box set City of the Ancients, after about three weeks of vacillating over the whole thing. I’ve got to admit, they aren’t exactly fantastic sculpts, and they go together really badly – the trio of Night Terrors all have really bad joins along the arms, but that’s the best I could get them to fit. I’m not sure if I want to paint them, as the level of detail is nowhere near as good as Citadel plastic, and my one attempt at painting a board game piece isn’t exactly fabulous, but I’m faced with the option of having these models, or trying to make them look better by painting. I’ll see how it goes with the other projects I have on the go first, I suppose… 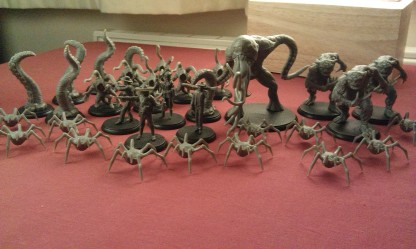 …because I’ve got a lot of painting projects that need to be dealt with – a Triarch Stalker, a Catacomb Command Barge, ten Immortals in varying stages of completion, three Crypteks the same, and a second Vargard Obyron (the first being an absolutely appalling finecast). While I have been slowly bringing the Immortals to completion, the only thing I’ve actually managed to do is complete the third of my Scarab Bases – voilà! 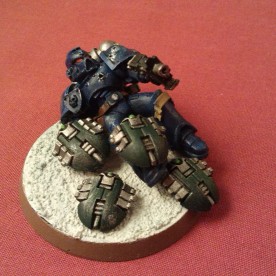 In an effort to try to be more proactive with my painting, I’ve been spending a lot of time online looking at various options and such, all in the name of inspiration (or, more accurately, procrastination). There’s a decent enough tumblr I can recommend, allthingswarhammer, which seems to scour instagram for anything that is tagged as warhammer, but along with relevant stuff, there can be some pretty weird posts on there! Tumblr is still one of my favourite things, anyway – you can follow me (if you like!) here, anyway!

However, you don’t need to go to tumblr for inspiration goodness! Roemer’s Workshop right here on WordPress is another excellent blog that I really like – not least because reading posts like this help to put my own addiction into perspective!

The second batch of Immortals (above) are coming on, too. I’ve tried to stick with the same colour scheme as for the first lot I painted, though changing the colour of the ‘warpaint’ on their faces, this time going for Zandri Dust. Once the bases are done, they’re pretty much ready if I’m honest, and I’ll be in the position where I have the minimum troops required to play the tabletop game! I’m guessing, though, that I won’t really have the time to do that before we’re well into January, by which time the Necron Codex is expected to hit. So it’s timed quite well, all told! 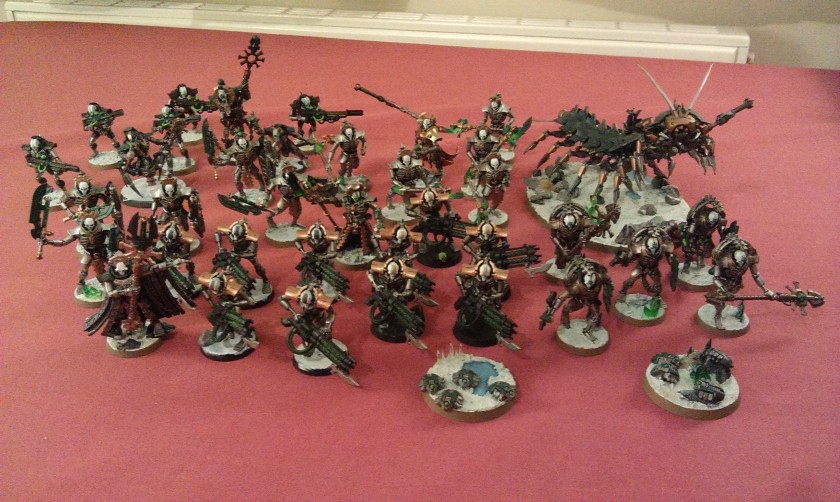 Bravo to all of you who have realised that my writing this blog is just another way I’ve been procrastinating, anyway!

One thought on “Poised on the brink!”