It started back towards the end of last month, but in two weeks I’ve managed to pretty much finish off the big model of my Necron army: the Tomb Stalker! 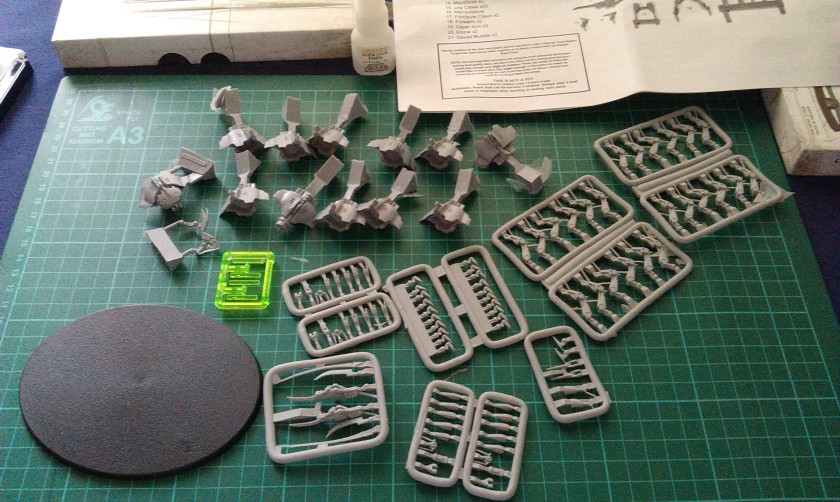 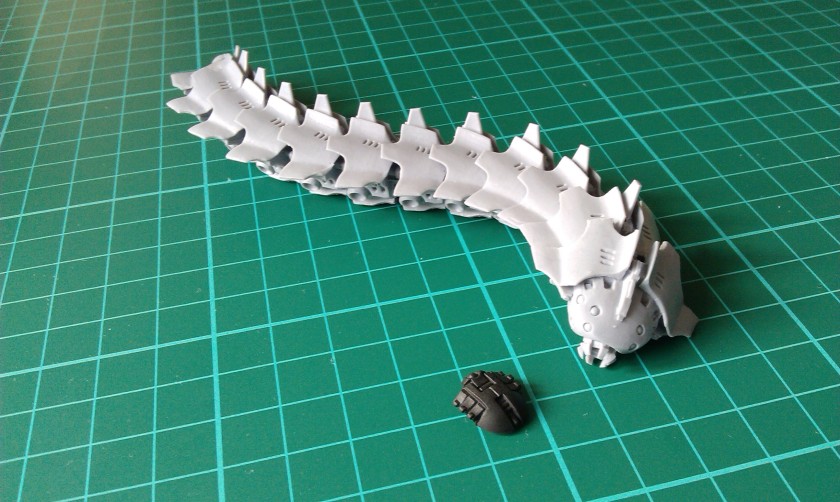 It was a long slog, but there was something really quite excellent when the guy finally took shape! 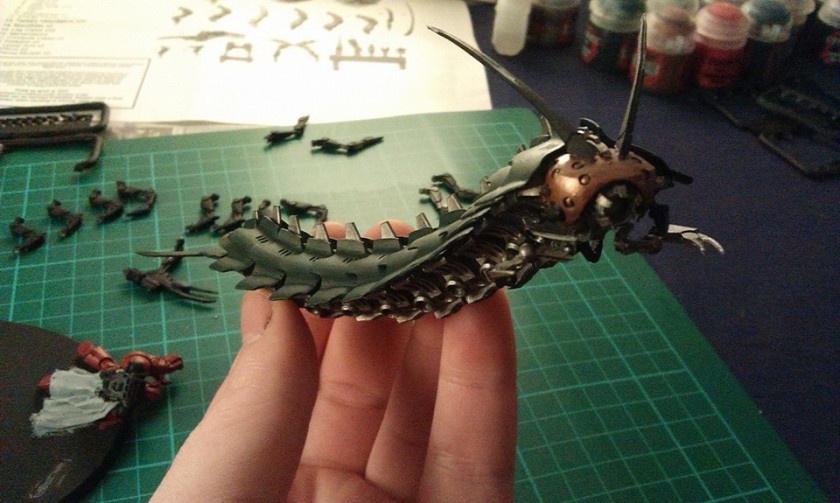 The multitude of legs proved to be a bit of a bitch, but it looked even better when all the base coating had been done.

Indeed, getting all the base coats done turned out to be the most strenuous part of the whole production. Being a utilitarian machine, it didn’t really need to have any fancy highlighting put on. 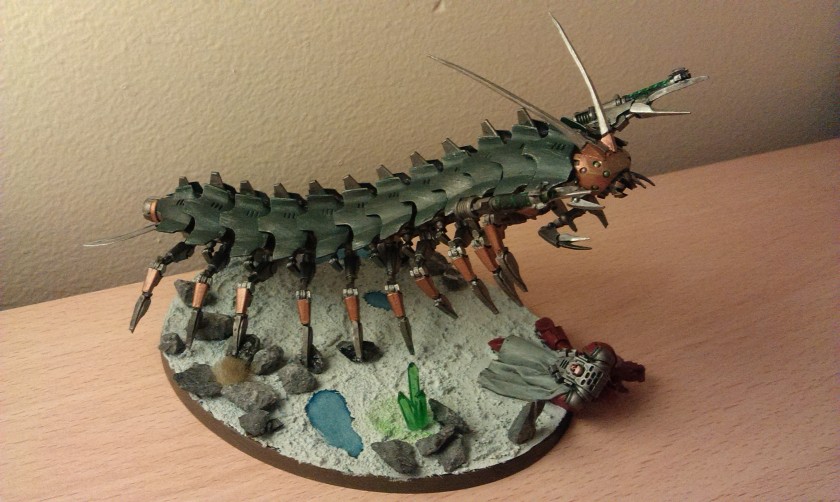 So there you have it – two weeks of painting, and he’s pretty much done!

I’ve been painting miniatures for almost three months, and in that time I’m really pleased that I was even capable of putting this chap together and getting him painted, let alone getting it done as good as (I think) it looks today! Definitely worth taking its place among the rest of my army, I think!