Good morning everyone, and welcome!

Tuesday sees another game day here at spalanz.com, and today it’s the turn of the popular Tsuro to come under my spotlight of awesome…

This beautiful game first emerged in 2004 but, like many people I suppose, it first came to my attention thanks to the awesome internet show Tabletop:

I think Tsuro was one of the first games that sold out almost everywhere following its appearance there, and helped to coin “the Wheaton effect” of games going out of stock overnight following their appearing on the show. Well, anyway. We seem to have recovered now, and it is pretty widely available once more – which is good news for gamers everywhere, because it’s a really awesome game!

The game is just beautiful, as you can see from the board above. If you didn’t watch the video (and if not, why not?!), each player controls a small dragon token and, during a turn, places a tile on the board, then moves his dragon along the path depicted on the tile: 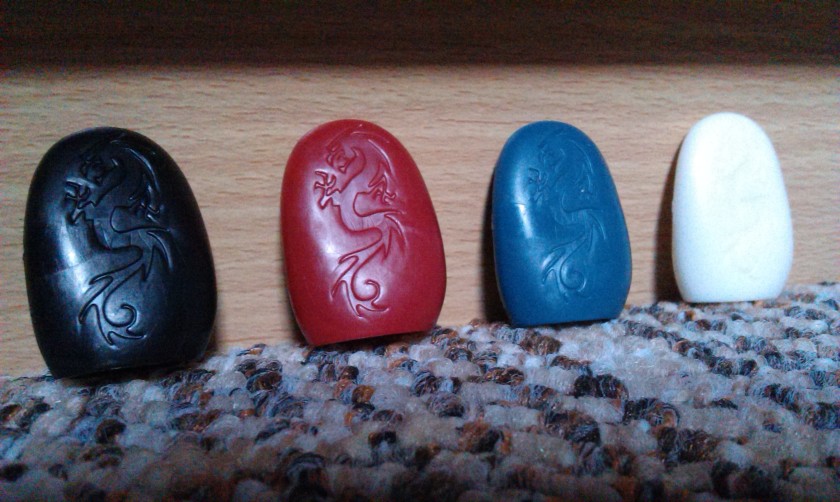 The object of the game is to be the last dragon standing, as other players are forced to place a tile that will move their token off the board: 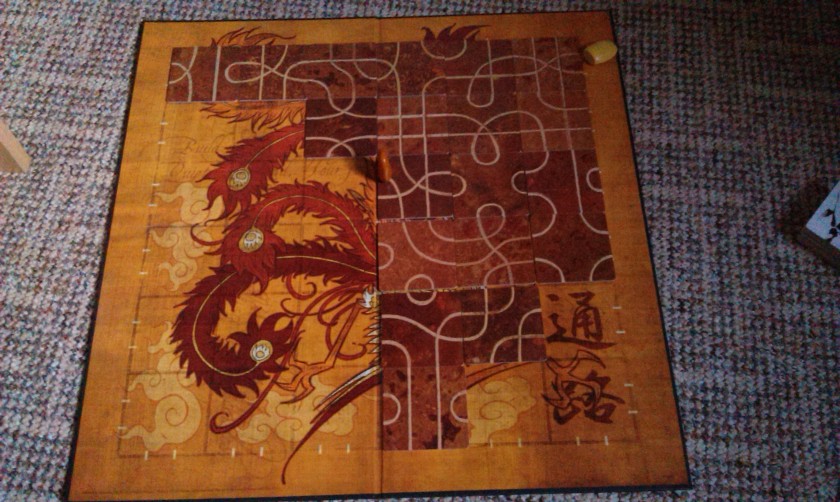 Such a simple, elegant game, and yet there is a high degree of strategy involved, as you need to ensure you never bump into another player, which can also eliminate you, but you can potentially force an opponent off the board while remaining on there yourself:

This level of strategy is helped by the fact that you have a “hand” of three tiles, from which you play one and replenish on your turn. So while the tile-laying mechanic is similar to Carcassonne, the similarity ends there, as Tsuro is nowhere near as random. It’s just superb!

It’s also one of the most beautiful games that I own, starting from the sheet of paper that greets you on opening the box, and through to the rulebook, which opens out vertically.

Tsuro is a great game that I often look forward to including in game nights because it’s a lot of fun, can play pretty quickly, but offers a decent level of challenge. I’m not calling it a filler game, don’t get me wrong here, but I suppose it’s much like some other, shorter games (Smash Up comes to mind) that are good to play before or between the Arkham Horrors or the Runebounds, or indeed to string together for a fast paced night of excellence!

Highly recommended, I’ve got to say!

Buy it from amazon:
Tsuro