Hey everybody!
It’s the weekend! It’s been looking like rain all day here, which is a bit disheartening as I’m now off for the week, but hopefully the weather will pick up and we’ll have one last hurrah from summer!

I’m planning to go to one of my favourite places in Britain this week: Durham. It’s one of these cities that I find myself returning to time and again for its stupendous cathedral – in my opinion, the best in the country. It’s also a perfect base for exploring Hadrian’s Wall, which I hope to do while I’m up there, also!

The big news of the day, however, is that I managed to resist the temptation to buy the new Space Hulk game from Games Workshop. Not that it was all that tempting, given the price tag, but even so, while I have no real desire to play the game as such, I do find myself admiring those genestealers. However, £75 just for twenty genestealers is a bit extravagant, even by my standards…

I wandered into the local GW store this morning, where they had nine of these things available, but good sense prevailed! I think…

I’ve recently been reading the Dark Forces trilogy from Dark Horse, which is something that I had not managed to get to previously. I suppose it’s nice to see there are still some things from the Star Wars universe that remain undiscovered! Of course, I’ve been aware of the Dark Forces saga for a long time, and the names of Kyle Katarn, Jan Ors and Jerec have been as familiar to me as any number of other EU characters. I’ve read the first two parts of the trilogy so far, and plan to finish it off this weekend, whereupon I’ll no doubt be sharing some thoughts in a separate blog…

It has been really pleasant to get back to reading Star Wars, I must say. I’ve spent most of the summer reading the fantasy stories from David Eddings, The Elenium and The Tamuli. While I do enjoy fantasy, for the escapism if nothing else, Star Wars is something I will forever find myself returning to, I feel! Once I’m done with the Dark Forces saga, I think I’ll make a start back on some of the newer literature. 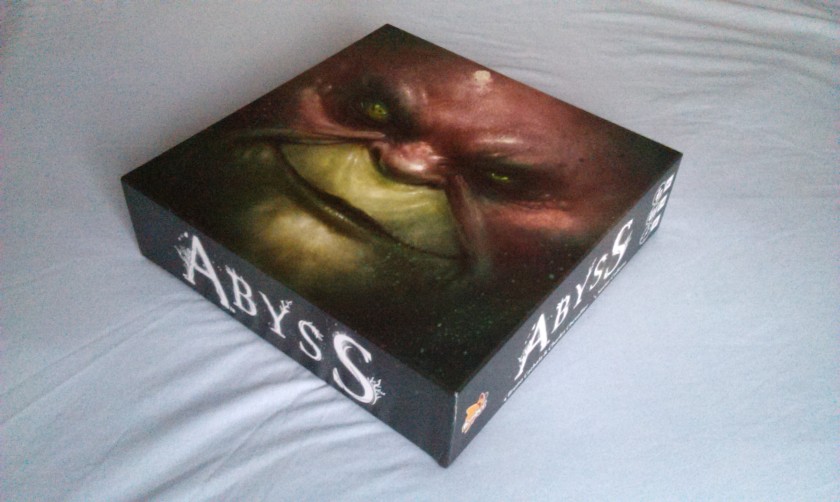 I also had this bad boy delivered earlier in the week. You may remember me mentioning it back around GenCon last month? Well, I managed to pick it up really, really cheaply thanks to a gift voucher I had, so am looking forward to giving this one a go! The entire game looks absolutely beautiful, at any rate. Really looking forward to this one.

In other board game news, Talisman has received its final corner expansion in The Woodland, which was released in the US on Friday. Looking forward to getting this one, but I am left wondering just what’s next for the game – maybe just smaller-box expansions? Maybe nothing at all? I was half-expecting FFG to come out and say something to the effect of the latter, and was vaguely surprised when they didn’t. Well, anyway.

Smash Up will also be getting its Monster expansion this week, which looks like it will be a lot of fun. Something really exciting that is still on the horizon, however, is yet another hero/monster pack for Descent, Crusade of the Forgotten. I’m really impressed by those Golems, I must say! Looking forward to that one!

Anyway, such are my weekend reflections for you all this week!