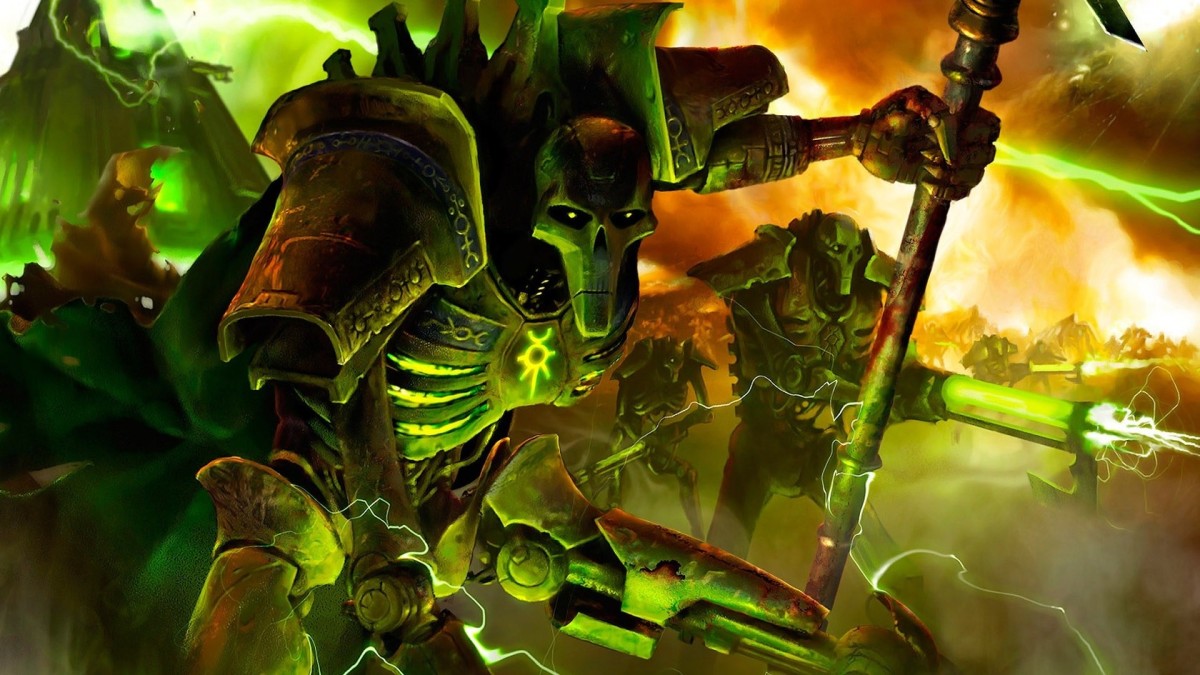 Eons before the 40k setting, the Necrontyr Empire held sway in the galaxy, but grew so large that it became embroiled with internecine warfare. To unify their people, the Triarchs declared war on the Old Ones, the gods of the Warp, in an effort to gain the secrets of immortality. Despite an advanced technology, the Necrontyr were really no match for the Old Ones, and when on the brink of defeat, they were approached by the C’tan, who offered them aid in their struggle. The Necrontyr were transformed into robot bodies, and the C’tan devoured their souls. Following their defeat of the Old Ones, the Necrontyr turned on the C’tan, shattering them into thousands of shards in revenge for their double-cross. Despite their advanced technology, the Silent King, leader of the Necrontyr, realised his newly-robotic people had no hope of defeating the Eldar, the creations of the Old Ones, so entombed his entire race in stasis until such time as they could reclaim the galaxy. The Silent King then travelled the galaxy in a self-imposed exile, observing and…waiting. In the 41st millennium, the Necrons have begun to awaken, the stasis causing most to be merely mindless drones, while the nobility retain some degree of mental fortitude.

If you watched through that video, you’ll see how awesome the Necron models available from Games Workshop really are! And if you didn’t watch it, why not?! In addition to these, Forge World have some pretty interesting models as well, including the amazing Necron Tomb Complex. 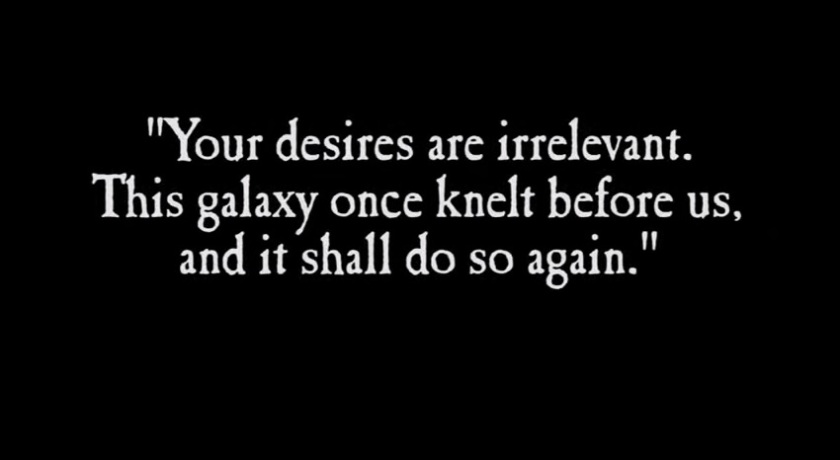 My first love, the Lychguard, are the elite bodyguards of the Necron nobility, with metallic bodies of equal quality to their masters. While the rank-and-file troops have limited intelligence, Lychguard are capable of independent thought, and adapting their tactics to the situation at hand. Mindful of their reputation, they often seek to make a perfect kill with a single stroke of the warscythe.

While the Lychguard are, ultimately, vassals to a Lord or Overlord, the Triarch Praetorians are the guardians of the ancient Triarch of the Necrontyr, with the task of guarding the ancient customs, even censuring the nobility if need be. Praetorians are often armed with Rods of Covenant, the symbol of their dominion over the Dynasties. 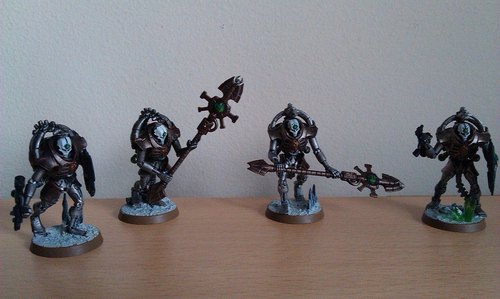 Deathmarks are the assassins of the Necron dynasties. Armed with synaptic disintegrators that fry neural tissue, Deathmarks are capable of waiting patiently for eons for the perfect moment to strike.

Immortals are the professional soldiers of the army. With faster reflexes, more durable frames, and the ability to adapt their tactics to the ebb and flow of battle, Immortals are superior to the Warriors, even down to their superior firepower – the gauss blaster. 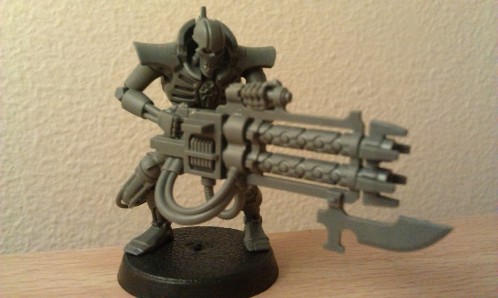 It was while I was investigating the Citadel paints range in August 2014 that I first encountered the Necrons – specifically, the ‘gallery’ section at the end of each video put together by Games Workshop:

How stupendously awesome does this chap look?! I was initially a bit confounded because I wanted him in my life, but couldn’t figure out who on earth he is, let alone what faction etc he comes from. Fortunately, after some detective work, I discovered the joy of the Necrons and, after a visit to my local Games Workshop store, found the exact model set I needed.

It was, then, the Necrons that got me interested in Warhammer 40k, and I initially started off with a box of the Lychguard that I painted up in something of a labour of love. I was still really new to painting miniatures, and didn’t really know what I was doing!

My first attempts were quite the success, I feel – a unit of Lychguard that are perhaps a bit shinier than the chap in the video, but even so, I felt suitably impressed with myself! From here, I’ve begun to amass quite an army now, with Lychguard being joined by Triarch Praetorians, Immortals, and of course, some very special characters – among them the Necron Overlord, one of my favourite creations!

One thought on “Ah, Necrons!”