Hey folks, welcome back!
After a short break, I’m here again with the second in my two-part look at the Marvel Legendary deck-building game, Legendary: Villains! You can read about the first game in the series here! 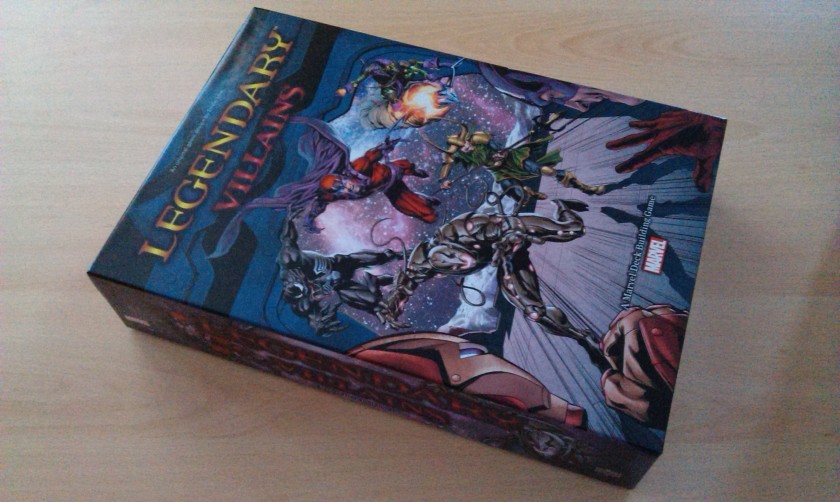 Legendary: Villains was released earlier this month and eventually made its way into the UK market last week. It follows almost exactly the same basic premise as the original Marvel: Legendary deck-building game, but with a couple of twists around the Villains theme, along with some more mechanics and stuff. It’s not really an expansion as such, as it’s more a “new” core set, but completely interchangeable with the earlier game.

I had my first game with Villains this weekend, and it was pretty awesome, I don’t mind telling you! But so far, this is the only game I’ve had, so this will be much more of a ‘first impressions’ blog than any sort of review. Once I have some more games under my belt, I think I’ll come back here and add in some more thoughts; then, once I’ve had a full-on game with heroes and villains combined, I’ll be straight back here with more!

So yeah. The basic premise is that you’re playing the Villains of the Marvel universe, and you’re fighting against the heroes and their Plot to disrupt your schemes. In the same way that you start the first game with S.H.I.E.L.D. agents and buy up heroes to take on the villains and, eventually, the Mastermind, in Marvel Legendary: Villains, you start with Hydra agents to help you buy villains so that you may take on adversaries and, eventually, the Commander. 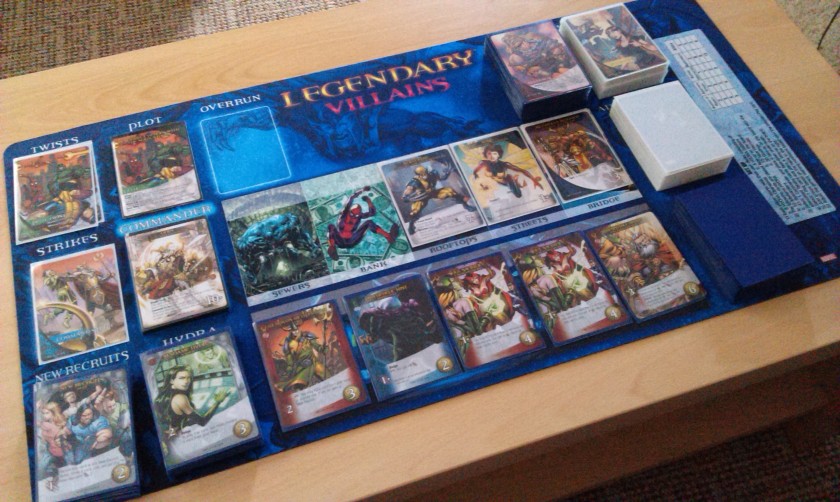 As you can see above, the game comes with a new playmat. This time, the board is replaced by a light rubber mat that rolls up into the box but unfurls beautifully for play! I kinda want one for the original game now…

Right out of the box, there are some truly lovely themes present. My favourite is the Bindings idea. Analogous to Wounds, the Bindings can be disposed of into the deck of the player to your right, rather than KO’d, in a mechanic called Betrayal, reflecting the back-stabbing nature of villain coalitions! Secondly, the adversaries are – or have been – part of the X-Men have a tactic called X-treme Attack, which reflects the team-up nature of the heroes. Hopefully as this game is expanded, we’ll see more of that! 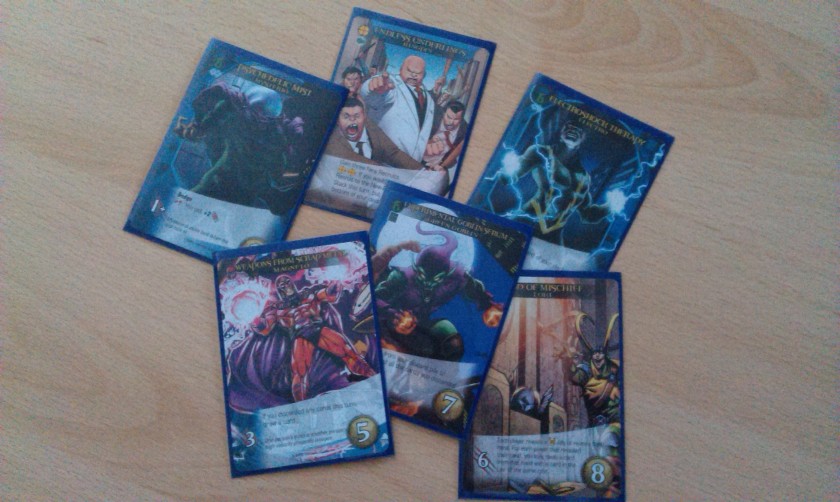 The villains are a pretty classic line-up, featuring a cross-section of the comics including members of the Sinister Six, Brotherhood of Evil Mutants, Foes of Asgard, and the unaffiliated Ultron. Two of the Masterminds in the original game return here as playable villains, Magneto and Loki, but you can also play as the Kingpin, Mystique or Electro, among others.

The adversaries are likewise a good selection of the various teams, including Marvel Knights (Black Panther at last!), Uncanny X-Men, Avengers and Spider-Friends.

If nothing else, I’ve suddenly become really excited at the thought of seeing hero versions of some of these guys in the upcoming expansions for the original game!

A new mechanic for the Villains game is the New Recruits. Chump cards like the Hydra agents, New Recruits are gained through a variety of card effects rather than purchased outright, and when played they are immediately returned to the pile rather than kept in circulation through your deck, representative of the negligent way that villains deal with their chaff soldiers. At first I was a bit perplexed by these guys, as there are 15 cards in the deck, but I was only gaining one or two at most. Then suddenly the combos started to kick in as I trimmed out the Hydra folks, and I found myself with five or six, which eventually combined with the other effects in my deck to give me something ridiculous like 22 attack points! Really pretty amazing when things like that happen! 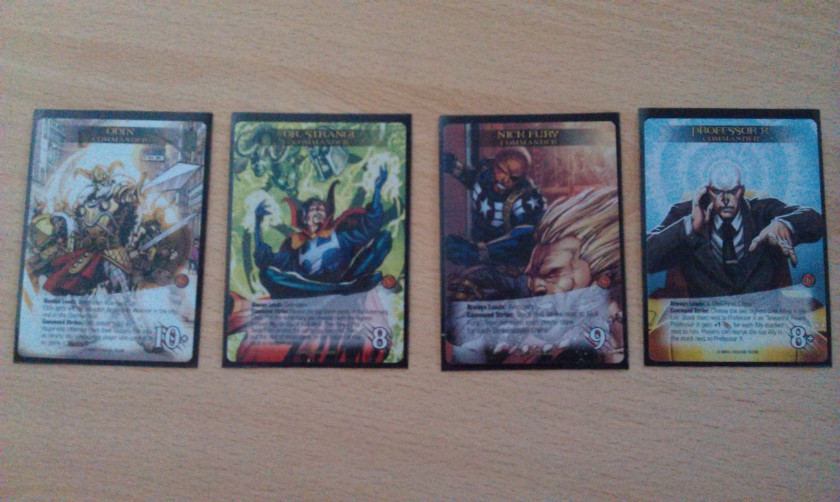 The Commanders are all classic team-leaders from the comics, three of which have already made it into Marvel Legendary at the time of this writing. In the game I played at the weekend, I went up against Odin, who always leads the Asgardian Warriors, and has a tremendous effect whenever a Command Strike (Master Strikes in the original game) are revealed.

I really enjoyed Villains. It plays almost exactly like the original Legendary, but with enough little twists to feel like a completely new game. It also has the benefit of being the fifth product in the line so far, so there has been quite a lot of development put in since the original game came out. As such, it’s a really nice, nuanced game while still remaining accessible to new folks. It’s a bit of a silly point to make, as well, but the game succeeded at its basic level of allowing you to play as villains and making you feel like you’re playing villains. It’s not simply a reversal of the original game, “for villains read adversaries” and such, but instead a really elegant game appears through the card effects and, indeed, the actual gameplay. If you thought you wouldn’t buy this because you prefer to play the heroes, I would still recommend it for the truly original take on the Legendary game.

So yeah, another awesome entry into the Marvel Legendary line-up, and one that I’m looking forward to checking out more as the weeks march on. And, as promised above, when I get that awesome smash-up of Heroes and Villains working together, I’ll be sure to let you guys know how it goes! I’m thinking Galactus would be the best Mastermind to go up against…

Have you had a game with Marvel Legendary: Villains yet? Let me know your thoughts in the comments!