It’s Saturday, so where would your day be without a visit to my blog? Where, indeed! As you may have guessed from my recent postings, this past week has been a bit hectic because of Wednesday’s exam, but now that’s finished, I’ve got my four months off, so I’m hoping to get back onto something approaching awesomeness, and I’ll be sharing it all with you! Yes, you are lucky.

Something I’m particularly excited about is my upcoming writing project. Remember last month, I wrote a short story set in the Star Wars universe, and promised more to come? Well, I’ve got lots of ideas kicking around at the minute, and on Thursday night (or, more accurately, Friday morning, as I couldn’t sleep) I started to write the next installment there. It’s something that I’m really looking forward to moving on with, so will be sharing as and when I’ve written them 🙂

It feels really weird to have the time to write, now!

I’ve not been reading much lately, because of the revision schedule I had, but I have finally made it to a couple of short stories in the last few days. First of all, on Thursday I got the new Star Wars Insider magazine, which has a short story set just before – and then during – the end of Return of the Jedi. It has the distinction of being the very first new-canon story, and features a squadron of B-wing pilots. A slightly inauspicious start, as io9 put it, but it was enjoyable all the same, so I’m looking forward to the conclusion next issue. 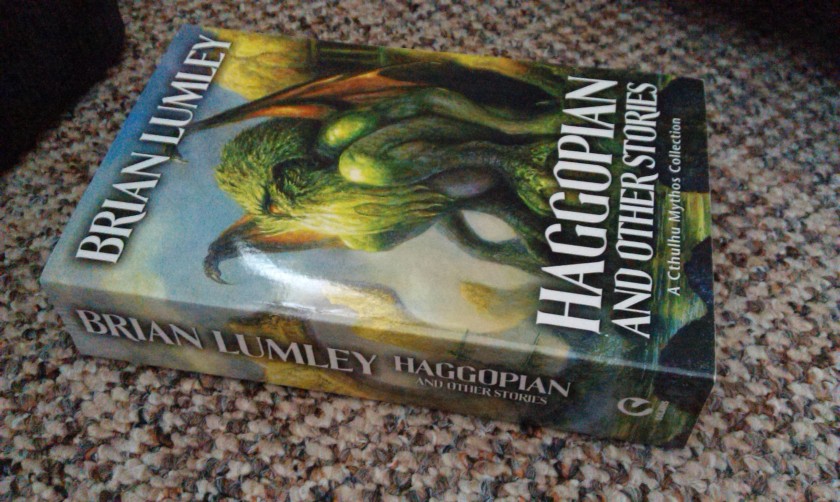 Secondly, I read the short story Cement Surroundings, by Brian Lumley, which can be found in the second volume of his work set in the Lovecraft/Cthulhu mythos. I’ve wanted to read Cement Surroundings for a long time now – amazon tells me I’ve had the book for eighteen months, already – as it is the first appearance in the mythos of the Ancient One, Shudde M’ell, whom fans of Arkham Horror and related games will know only too well! This story is the first set within the mythos that I have read that was not written by HP Lovecraft, but I have to say, I really liked it! Not as flowery – or as ‘gothic’, I suppose – as Lovecraft himself, Lumley’s style is a bit more direct, albeit with similar Lovecraftian turns of phrase. The situation similarly harkens back to the baroque prince: an elder scholar-type returns from an expedition abroad with a dark secret of having uncovered something untoward, and is slowly unhinged by the experience. In this case, he has discovered the burrowing Cthonians, offspring of Shudde M’ell, and is swallowed up into the earth from his house in the desolate North Yorkshire moors. The narrator, an author we are told, later disappears in similar circumstances, and the story ends with a short police report that writes off the experiences as mere publicity for what is supposed to be the author-narrator’s latest work. It is a whole lot better than I’ve described it, anyway, so I can definitely recommend you check it out if you get the chance! I’ll definitely be checking out more of Lumley’s work soon, I think. 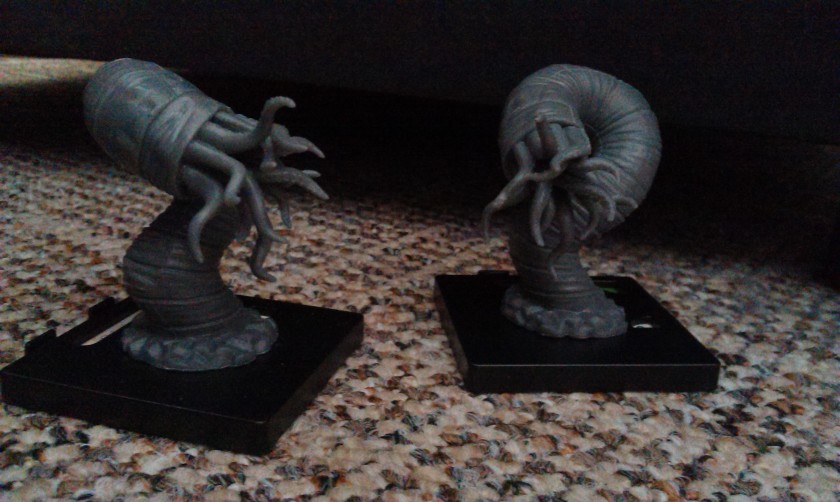 I got really excited on Monday, because it was the festa della repubblica, the Italian National Day. Perhaps what was more exciting for me, though, was having my tweet favourited by Dante!!!

The Republic of Italy is 68 today! Buon compleanno! #FestadellaRepubblica pic.twitter.com/vDUULyebKV

I’ve had something of a love affair with Italy since my mid-to-late teens, and finally getting to go there last year was just immense. I’m hoping to go back soon, though that will of course depend on funds! You can bet there’ll be a blog coming out of that, anyway! I’ve been off-and-on trying to learn the language for years, as well, and while I think I got away with it when I went to Milan, I’m hoping to put more of an effort in for when I go again.

This week has seen some really exciting game news, as well. First of all, we got the news on Monday that the nightmare decks for Khazad-dum are available. This may or may not mean much to you, but anyway. Lord of the Rings LCG is, like, my absolute favourite card game in the universe. When I get the time, I’m planning to write a blog just basically praising it to infinity and back. Without going into too much detail just now, suffice it to say that the nightmare decks alter the original game play quite a lot, but I was part of the beta test for Fantasy Flight Games for these decks, so I’m particularly looking forward to getting the ‘real’ ones!

That news was followed on Tuesday by the announcement of the sixth expansion pack in the Ring Maker cycle for the same Lord of the Rings game. Earlier this year, The Voice of Isengard was released, which really got my year off with a bang because we finally got a Saruman card for the game! In case you’re wondering, Saruman is my favourite character from Lord of the Rings. Anyhow. The model for this game is they release a deluxe expansion, then a cycle of six smaller packs that use specific cards from that deluxe box to function. All of this will become clearer soon, if you’re floundering, so don’t panic! I can’t wait to share my love of this game though!

There was big news on Thursday when the next deluxe expansion for the Star Wars LCG was announced, too! This is the first ‘proper’ deluxe box for this game, though I suppose it follows the model established by Edge of Darkness last year by expanding two of the game’s factions, while providing cards for the other four also. I’d been hoping we’d see more thematic expansions, rather than factional ones, but they may be working on a Call of Cthulhu-style model of giving us factional boxes then thematic ones. I don’t know. Anyway, even though I don’t play this game, as I’ve already said, I get excited when I see what’s coming up for it as if I were a keen player, so that was big news for me!

Finally, yesterday brought us news (though I only saw it this morning) of the next cycle for the A Game of Thrones LCG. This is, I believe, the longest-running of the LCGs from Fantasy Flight Games. Along with the core box and six deluxe boxes that each expands one of the game’s great families, we’re currently in the middle of the eleventh cycle of chapter packs for this game, with the twelfth cycle being announced yesterday. Pretty phenomenal, really! Part of me was wondering if they would put the game on hiatus while GRRM writes the sixth novel, but they keep churning out the expansions, and the game has a thriving meta from all accounts, so fair play! The new cycle does look pretty exciting, if I’m honest – though not because of the Arryns finally making it in. I really like this idea of supporting high-cost characters, so I’m intrigued to see where that goes.

There was also an announcement about the next expansion for Android: Netrunner, yet another LCG that I buy into. Set in the dystopian future of megacorporations and cyberhackers, it’s a really good game, though I do have to be in the mood for it. Fantasy Flight have also announced a new LCG that will be coming out this summer, I’m guessing it’ll most likely be around GenCon as was Netrunner, set in the Warhammer 40k universe. I’m not a 40k fan – despite having spent £90 last year on the Horus Heresy boardgame – so wasn’t overly thrilled when they announced it. In fact, they stopped producing the existing Warhammer: Invasion LCG in order to make room for this, so I’m kinda annoyed by it, but it does look interesting enough, so I might pick up a core set and give it a whirl. It looks very similar to a game called High Command that my mate Tony has, from what I’ve skim-read in previews, and that’s enjoyable enough. But anyway, we’ll see I guess! They gave us another preview of that this week, which is why I’m going on about it now, in case you’re wondering!

I suppose I should keep an open mind, anyway, as I wasn’t overly fussed on Netrunner when that first came out, but it took a game for me to see that it was actually enjoyable, so I’m prepared to give it the benefit of the doubt. Which I’m sure you’re very thrilled to know!

Speaking of gaming – check out the above tweet! It appeared in my feed on Friday from @LoveArchaeology, and really made me laugh! Who remembers the original GameBoy? It’s now a museum piece! Crikey!